Today is the birthday of Caspar Ruff (January 6, 1844-November 28, 1905). He is actually Caspar Ruff Jr., his father also being Caspar Ruff, who was born in Germany and along with his father, Louis Ruff, came to the United States in 1836, settling in Quincy, Illinois, where Caspar Jr. was born. Both Louis and Caspar Sr. were blacksmiths, but Senior built a brewhouse founded the Ruff Brewery around 1842-45. When Sr. died in 1873, Caspar and his brothers continued the business with Caspar Jr. as president until 1889, when he retired from the business. The brewery survived prohibition and continued for ten years afterward as the Ruff-Riedel Brewing Co. and in 1943 changed back to the Ruff Brewing Co. before closing for good in 1948. 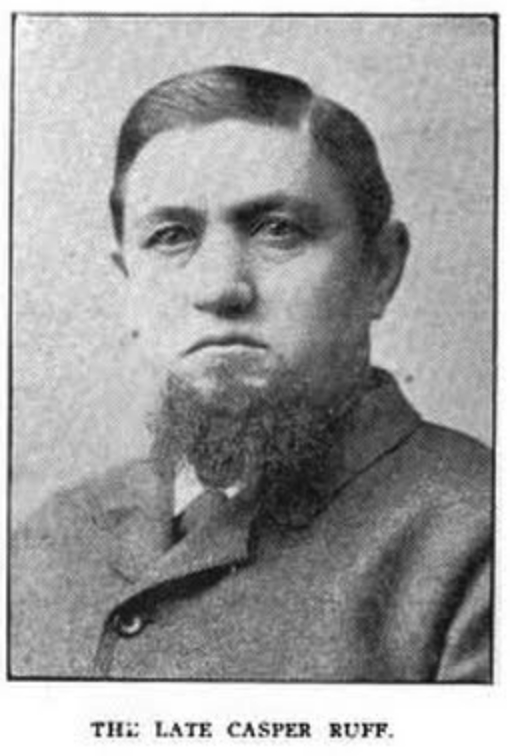 This is Ruff’s obituary from the American Brewers Journal: 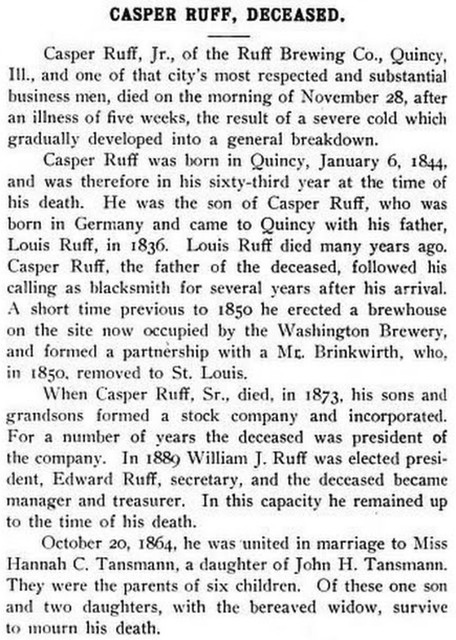 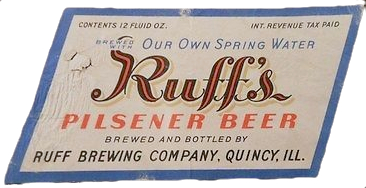 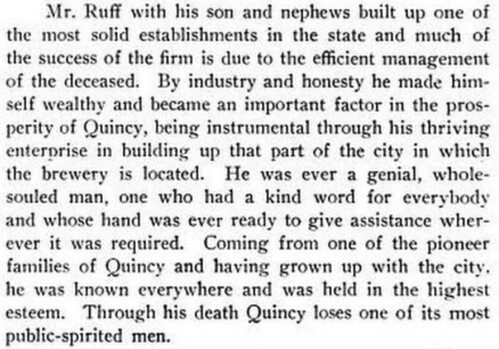 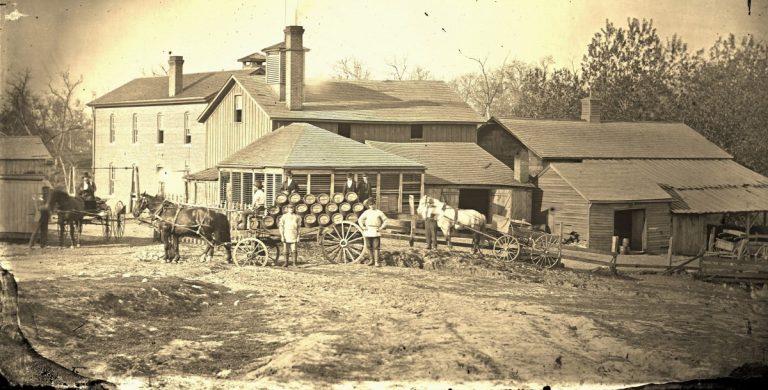 Dave Dulaney wrote a short history of the brewery for the Historical Society of Quincy & Adams County entitled Casper Ruff was the First to Brew Lager Beer in Quincy, primarily about Caspar Senior, but this paragraph discusses the later years and junior’s contributions to the brewery:

The Ruff Brewery prospered for many years after the introduction of lager beer. Casper retired by 1864 and his sons John and Casper Jr. took over the company. Casper Sr. died in 1873, and the management of the firm was continued by John and Casper Jr. until John’s death in 1880. Then John’s son William joined his uncle Casper in operation of the firm. The brewery became a corporation in 1882 and improvements increased the capacity to 10,000 barrels a year. Casper Jr. died in 1906 and William continued operation of the company into prohibition until his death in 1925. During prohibition they made near-beer and ice cream. When prohibition ended William’s son Edgar reopened the brewery until competition forced its closure in 1948. 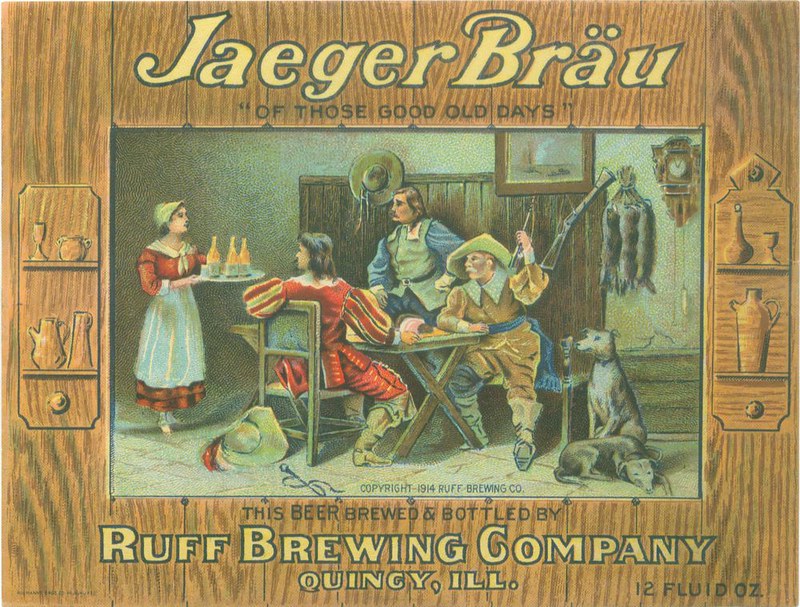 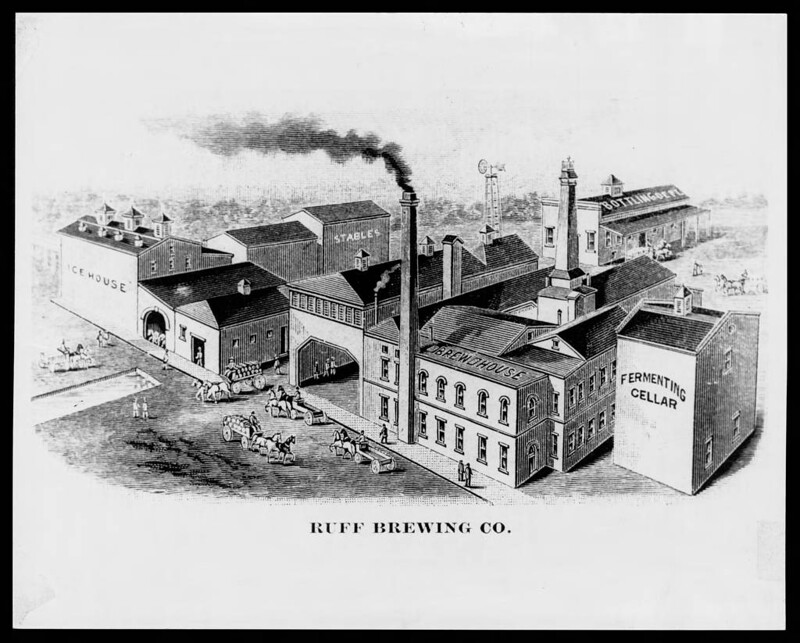