Today is the birthday of Conrad Windisch (March 6, 1825-July 2, 1887) who was a co-founder, along with Gottlieb Muhlhauser of the Windisch-Muhlhauser Brewing Co. of Cincinnati, Ohio, which was known as the “Lion Brewery.” He was originally a partner in the more famous Christian Moerlein Brewery, but in 1866 was bought out by Moerlein. During the same period, he also owned and ran the C. Windisch & Co. Brewery, located in the Covington, Kentucky, but it closed after just one year, in 1862. After leaving the Christian Moerlein Brewery, he partnered with Muhlhauser on the Lion Brewery, which remained open until prohibition. 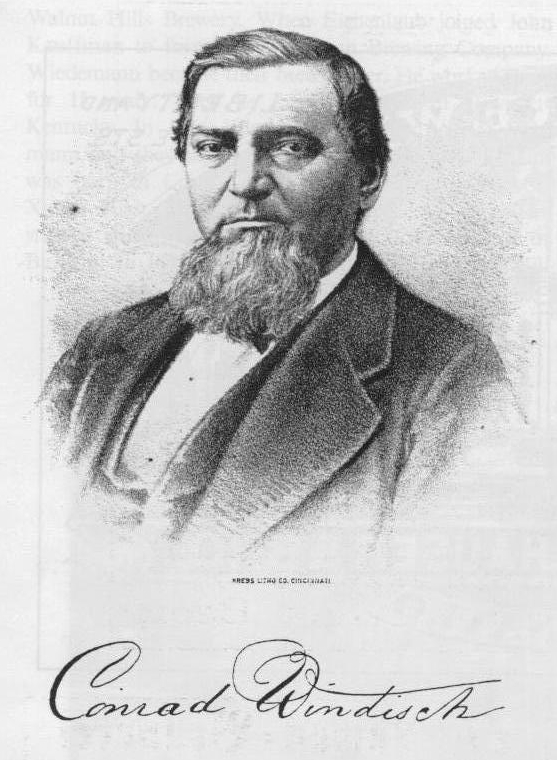 Brewer. A native of Germany, he was born in the village of Eggloffstein in Bavaria. At the age of 13, after an education in the common schools, he began to work full time for his father, Ulrich Windisch, at the family’s brewery and farm. During the German Revolution of 1848, he left his homeland and emigrated to America. Windisch first settled in Pittsburgh, Pennsylvania and worked for a brewer for a brief period of time before moving west to work at breweries in Belleville, Illinois, and St. Louis, Missouri. He eventually came to Cincinnati in 1850 and found similar work. Windisch worked for Koehler at the Buckeye Street Brewery for three years until he became a partner with Christian Moerlein in 1853. He also started his own brewery in 1862 and sold his interest to Moerlein in 1866 to devote his time to his own interests. With his brother-in-law, Gottlieb Muhlhauser, as well as Muhlhauser’s brother, Henry, the Muhlhauser-Windisch & Company was established. It was more commonly known as the Lion Brewery because of two stone carved lions atop each of the two gables at the entrance. The business soon became one of Cincinnati’s foremost brewers. They were among the first to introduce ice machines and was the city’s second largest during the 1880’s. In 1854, Windisch married Sophia Wilhelmina Kobmann, who was also from his native village and lived on an estate in present day Fairfield in Butler County, Ohio. He died at his residence in 1887 when he was 62 years old. The brewery continued with his son, William A. Windisch and later with another son, Charles Windisch and remained in operation until 1920 when Prohibition caused the doors to close. 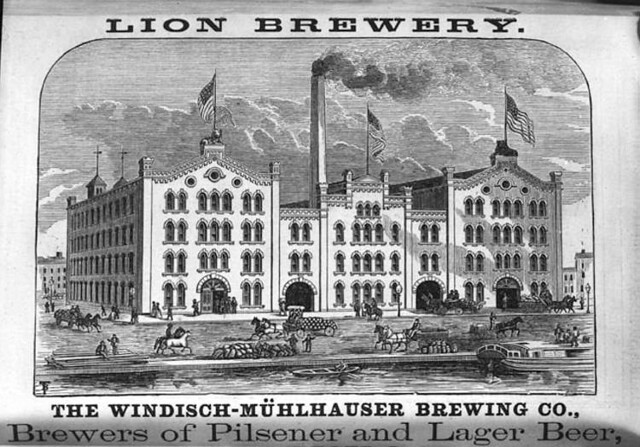 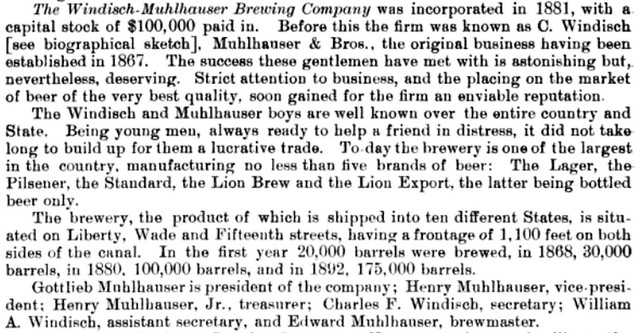 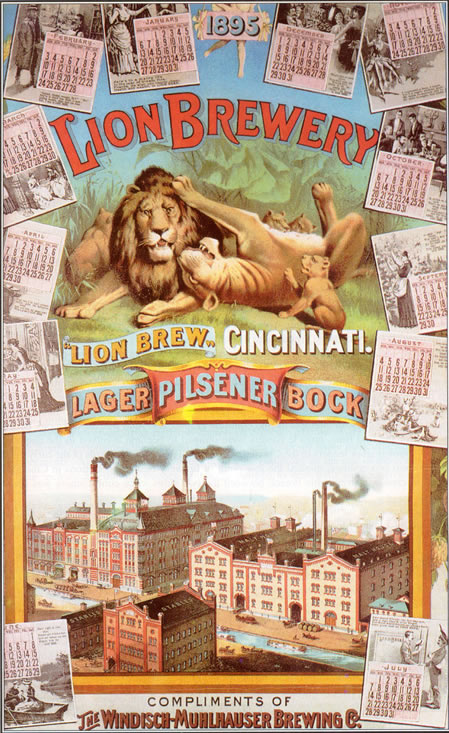 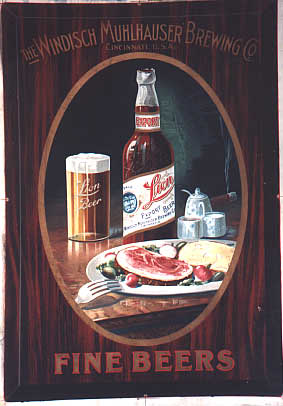