“He was a brewing worker and industrialist in Canada and later the US. He is well known for his involvement as owner of baseball teams and stadiums in Seattle and Vancouver, British Columbia from the 1930s until 1960.

He was chairman of the board of Sick’s Rainier Brewing Company and president of Sicks’ Brewery Enterprises, Inc., both of Seattle, and a director of three other firms, Molson’s Brewery, Ltd., and Sicks’ Breweries, Ltd., both of Canada, and the Peoples National Bank of Washington. He also was a director of the Seattle World’s Fair.” 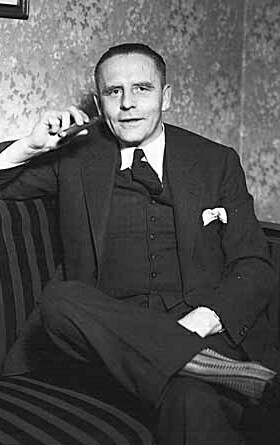 Sportsman. Northwest baseball pioneer. Former owner of the Pacific Coast League’s Seattle Rainiers. He constructed Sick’s Seattle Stadium which opened in June 1938 and served as home to the Seattle Rainiers, Seattle Angels and the 1969 major league Seattle Pilots. He rose to prominence in the brewing industry along with his father Fritz, operating breweries in Vancouver, Edmonton, Regina, Great Falls, Spokane and the Rainier Brewery in Seattle. Active in civic affairs, he served as president of both the Seattle Historical Society and Seattle Chamber of Commerce. He was also instrumental in the founding of the King County Blood Bank and as chairman of the Washington State March of Dimes.

“In 1934 the Sicks made their most important transaction. It would transform Emil Sick into one of Seattle’s most significant citizens and impact the game of baseball in the state for decades. They acquired exclusive rights to sell the Rainier brand in Washington and Alaska from the Rainier Brewing Company of San Francisco.” 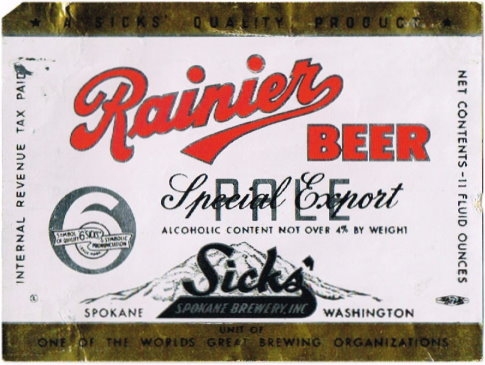 And this is his obituary from the Seattle Post-Intelligencer on November 11, 1964, as posted on the Brewery Gems page about Emil.

Emil G. Sick, 70, long-time Seattle civic and business leader, died early yesterday morning in Swedish Hospital of a stroke following an operation. Mr. Sick had been in failing health recently but had continued to take an active part in his numerous and varied business interests in, the United States and Canada.

He was chairman of the board of Sick’s Rainier Brewing Co. and president of Sicks’ Brewery Enterprises, Inc., both of Seattle, and a director of three other firms, Molson’s Brewery, Ltd., and Sicks’ Breweries, Ltd., both of Canada, and the Peoples National Bank of Washington. He also was a director of the Seattle World’s Fair.

Mr. Sick was equally well known for his leadership in civic activities. He led two successful $100,000 fund raising drives. One played a leading role in saving St. Mark’s Cathedral. As chairman of the non – denominational committee, he saw $100,000 collected to wipe out the church’s debts and beautify the picturesque building.

As president of the Seattle Historical Society, Mr. Sick led the drive which collected $100,000 for construction of the Museum of History and Industry.

Mr. Sick was a long-time leader of the Seattle Chamber of Commerce, serving as its president in 1941. Thirteen, years later he was elected an honorary life-time member.

Mr. Sick entered the brewery business as a shipping clerk with Lethbridge Breweries, Ltd., in Alberta, Canada, which was founded and owned by his father.

In the following years he headed numerous corporations which operated breweries in Spokane; Salem, Ore.; Missoula and Great Falls, Mont.; Vancouver, B.C.; Edmonton and Lethbridge, Alta., and Prince Albert and Regina, Sask. Some of these later were closed or sold.

In 1937, Mr. Sick purchased the Seattle Rainier baseball club and a year later built the stadium which bears his name. The club was sold in 1960. He also was past state chairman of the National Foundation for Infantile Paralysis and was a founder of the King County Central Blood Bank.

In 1949, Mr. Sick became the first Washingtonian to be named for the Disabled American’s Veteran’s award for outstanding civic leadership. And he was named Greater Seattle’s First Citizen in Sports for 1963.

He married Kathleen Thelma McPhee in 1918. She died in 1962, and last December he married Mrs. Martha Gardner, widow of a Seattle business leader. 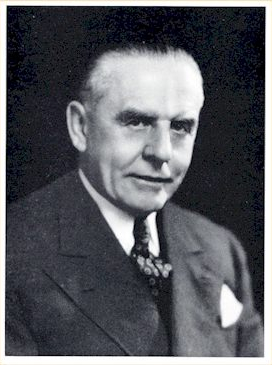 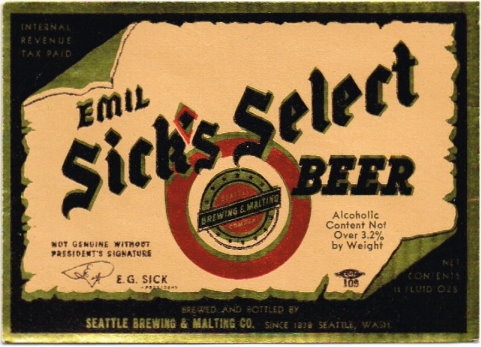