Today is the birthday of Frank B. Haberle (September 2, 1855-September 8, 1916). He was born in Syracuse, New York, the son of Benedict Haberle, who founded the Benedict Haberle Brewing Co. in 1857. Frank went to college in Germany to learn brewing, and returned to join his father in the business in 1875, when the name was changed to B. Haberle & Son. When Frank’s father Benedict died in 1881, it was incorporated as the Haberle Brewing Co. After merging with the Crystal Spring Brewing Co. in 1892, the name was again changed to the Haberle-Crystal Spring Brewing Co. (and also the Haberle Brewery) until 1920, when it was closed by prohibition. It reopened in 1933 as the Haberle Congress Brewing Co., and it remained in business until 1961, when it closed for good. 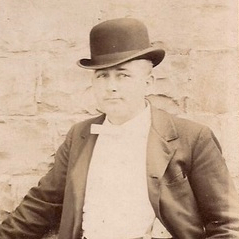 Here’s his obituary from the Herald newspaper of Syracuse, New York:

FRANK B. HABERLE, HEAD OF BREWING COMPANY, DEAD
Had Been Ill Long Time, Critically So Since Monday.
Deceased Born in This City in 1855 – Studied in Germany.

Frank B. Haberle, one of the pioneers in the brewing business of the city, died this morning at 8:30 o’clock at his home, No. 802 McBride street. He was 61 years of age.

Mr. Haberle had been in poor health for a long time. He had been seriously ill since Monday. Mr. Haberle was a lifelong resident of the city and was affiliated with more than thirty societies, some of which he had helped to ring into existence here.

Born here on September 2d, 1855, Mr. Haberle was the son of Benedict Haberle. After receiving an education in the schools of Syracuse, he went to Germany and attended college for a year. In 187- he returned to this city and engaged in the brewing business, which had been started by his father in 1857. The firm was known as Benedict Haberle & Son.

Mr. Haberle was devoted to charity work and had done much to relieve suffering among the poor. His charitable work was carried on quietly and he avoided publicity. He was never married and politics never aroused his interest. 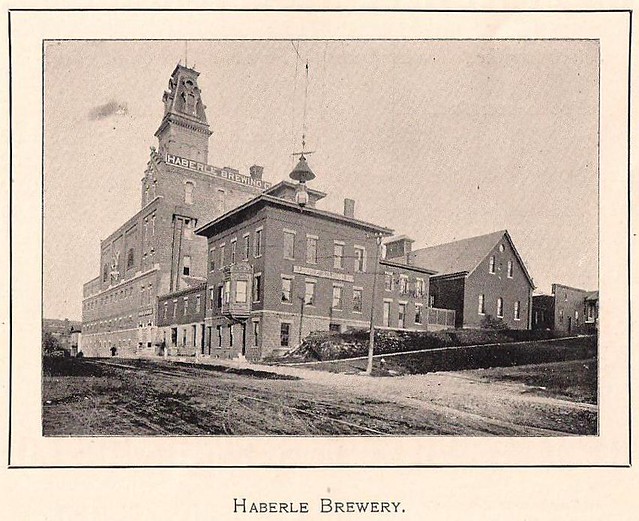 Here’s another obituary from the Brewers Journal, Volume 47: 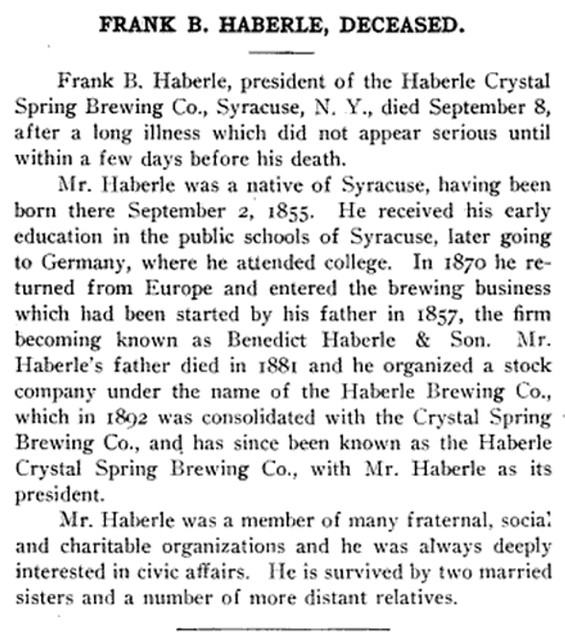 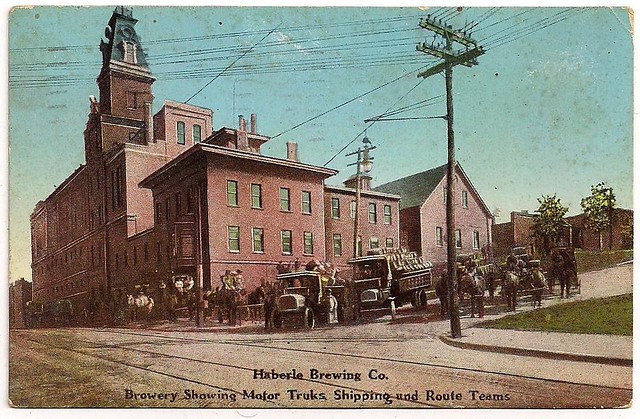 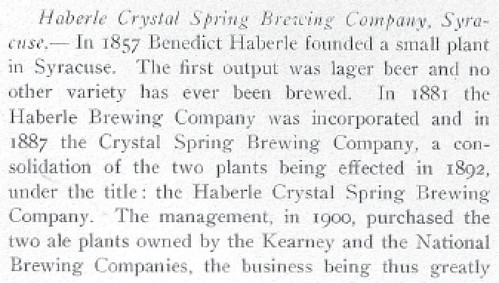 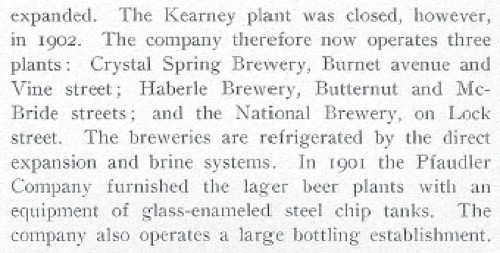 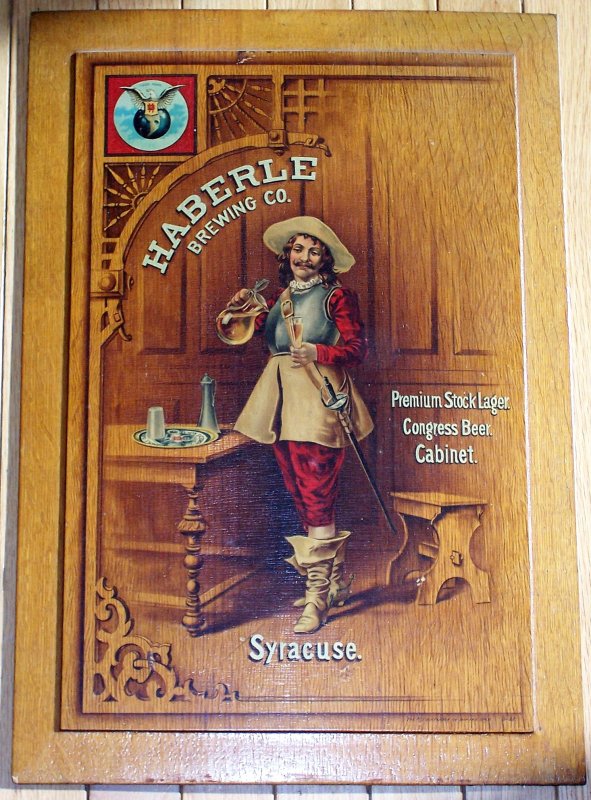 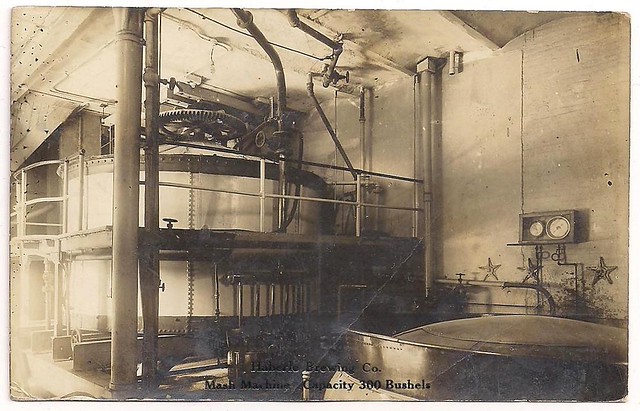 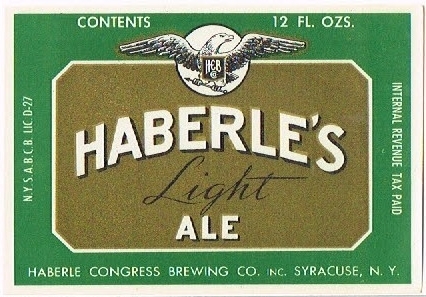