Today is the birthday of Frederick August Poth (March 20, 1841-January 21, 1905). Some accounts give his birth date as March 15, and others say the year was 1840. It’s hard to know which is correct, so I’m going with the account that appears to be the most reasonably accurate, one that was provided by his family. He was born in Walhaben, part of the Rheinpfalz region of what today is the Rhenish Palatinate or Palatinate in modern Germany. He came to American when he was 20, in 1861, started working in Philadelphia breweries and by 1870 had bought the Jacob Bentz Brewery, renaming it the Frederick A. Poth Brewery. When he later incorporated in 1893, and his sons were working with him, it became known as the F. A. Poth & Sons Brewery. It reopened after prohibition briefly as the Poth Brewing Co. Inc., but closed for good three years later, in 1936.

While not too surprising from the 19th century, I couldn’t find any photographs of him, and even many websites use the photo of his son, Frederick J. Poth, 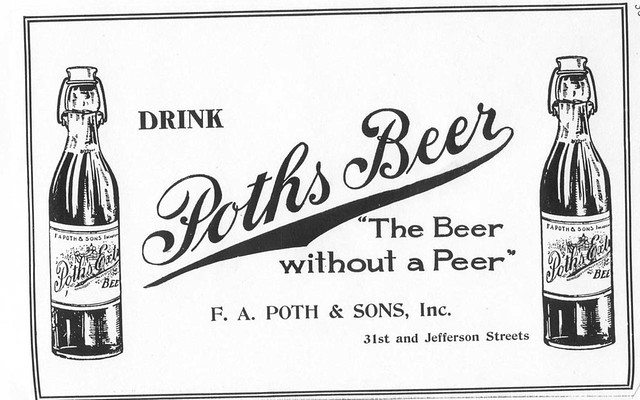 His really short biography at Find-a-Grave consists of three sentences, one of them one word long.”Brewer. By 1875, F. A. Poth and Sons was the largest brewery in the US. Poth was also active in real estate.” 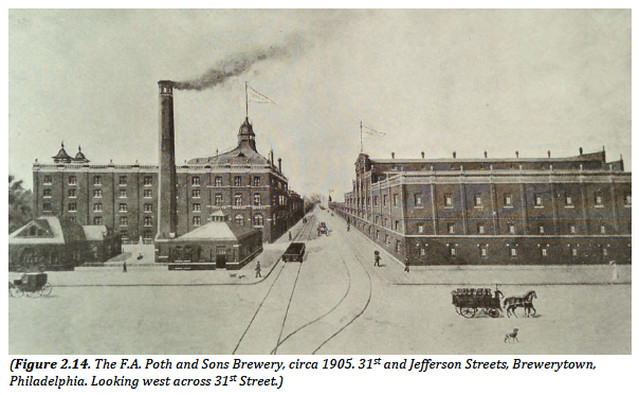 This lengthy biography is from the “Encyclopedia of Pennsylvania Biography,” published in 1921: 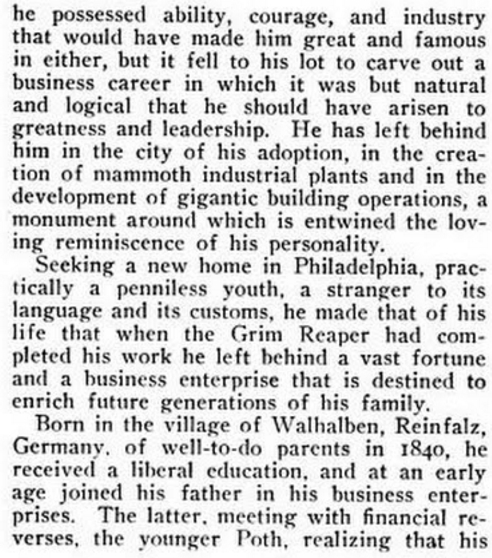 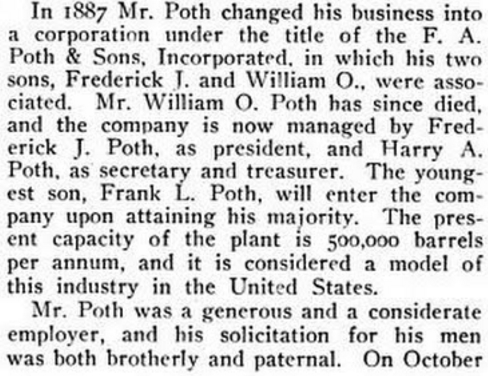 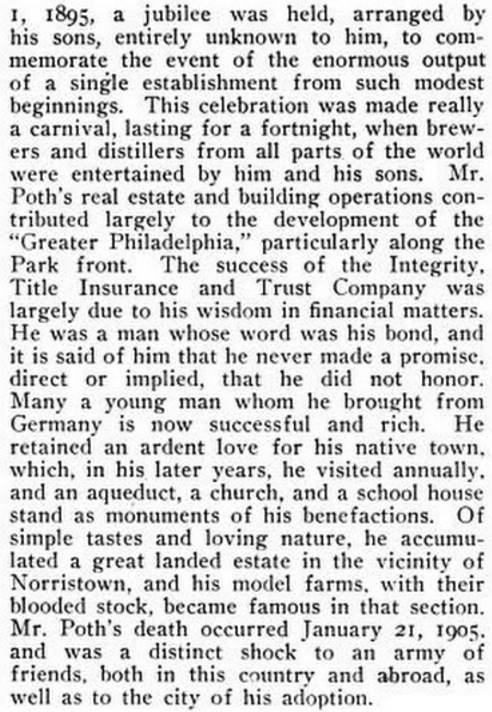 From a Poth family biography pamphlet: 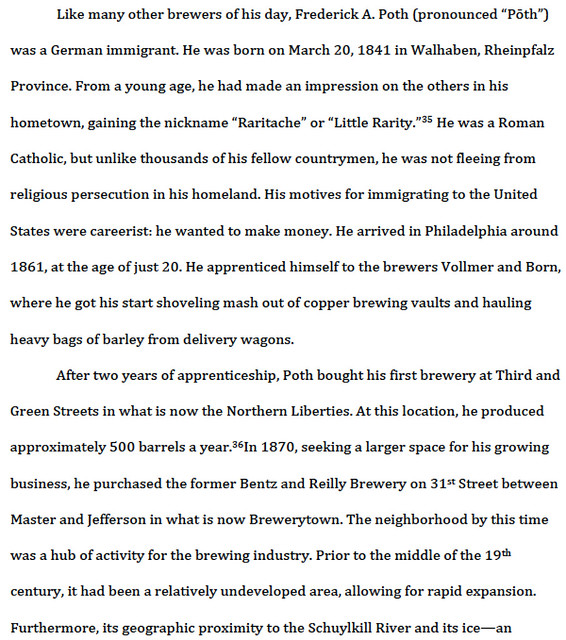 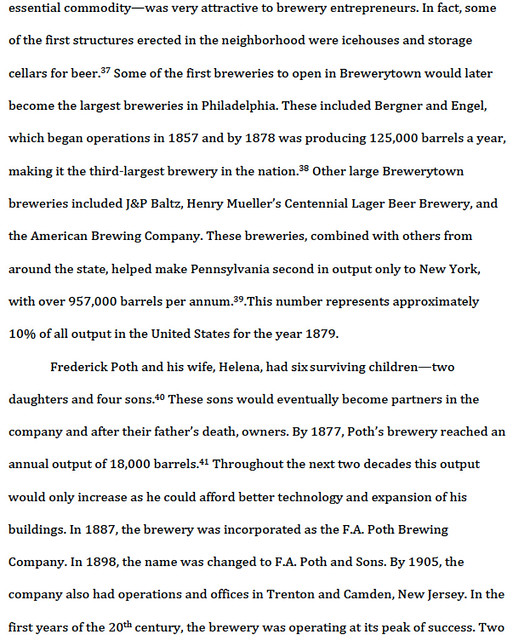 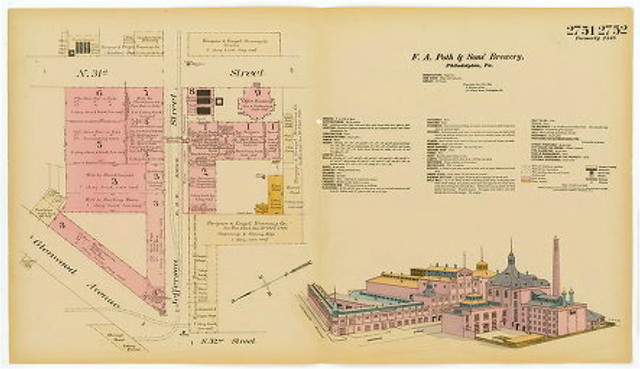 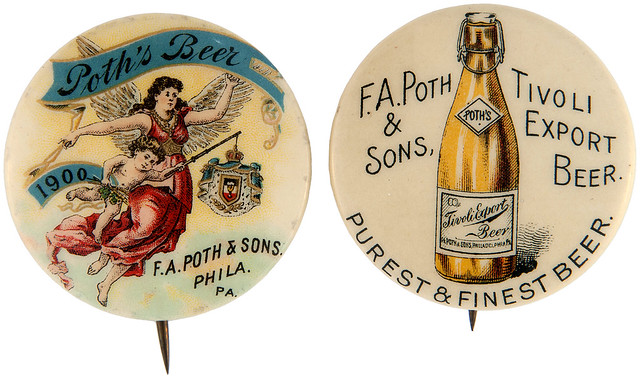