Today is the birthday of George Frey (December 17, 1826-1872). He was born in Ober-Saulheim, Germany, but moved to Buffalo, New York when he was fourteen, in 1840, and worked for a brewery there, before moving to Erie, Pennsylvania, to build his own there. Most brewery history, especially breweriana-focused sources, claim the George Frey Brewery was only called by that name in 1855, and the following year became known as the Eagle Brewery. But “One Hundred Years of Brewing” states that Frey built the brewery in 1842 but sold it to Henry J. Kavelage in 1854, who sold it to Jackson Koehler in 1883, and in 1899 it was bought by the Erie Brewing Co. And the breweriana brewery lists say it was known as the Eagle Brewery through all of its changes in ownership, at least through prohibition. Although it appears to have also been known by “Jackson Koehler’s Eagle Brewery” after Koehler bought it. 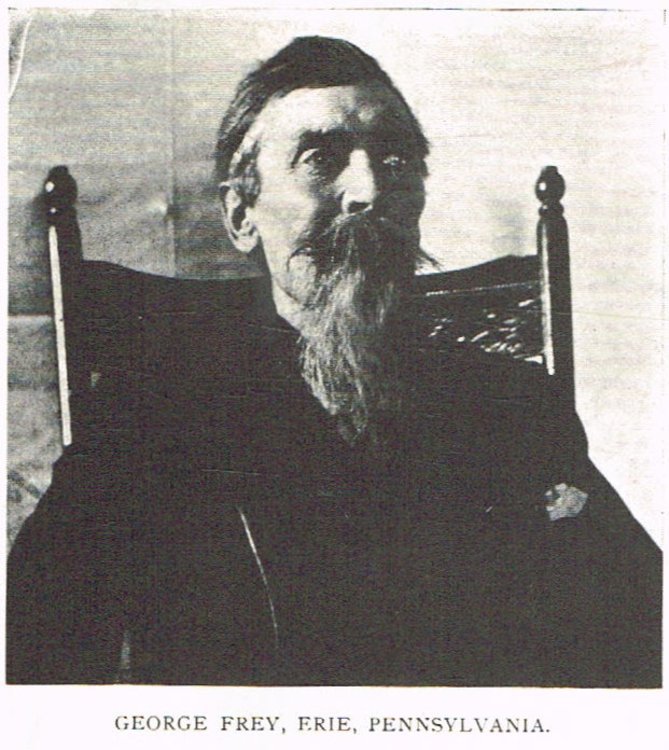 More evidence that he was brewing in Pennsylvania long before 1855 can be found in “The Brewing Industry and the Brewery Workers’ Movement in America,” by Hermann Schlüter, which was published in 1910. In a chapter on “Lager Beer,” it casually mentions Frey’s contribution. “George Frey, who brewed the first lager beer in Erie, Pa., in 1847, had helped in the first brewing of “lager” in Buffalo in 1843.

But I also found another listing in Erie for another George Frey Brewery that opened in 1861, but was renamed the Erie City Lager Brewery two years later, in 1863, then in 1870 dropped “Lager” to become known as the Erie City Brewery. It 1872, it was renamed the Joseph F. Seelinger Brewery, which would suggest it was sold to that person, which especially makes sense since that’s the apparent year Frey died.

It seems a shame after those accomplishments, that what happened to Frey after he sold his brewery is unknown, and I even had a hard time finding out when he passed away. This is also the first instance where I could find not one piece of breweriana or photograph online of George Frey or his brewery, except for this modern image of the decaying building where the brewing used to be done. 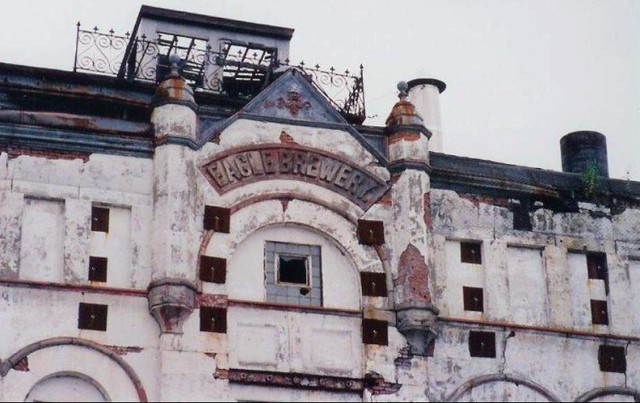