Today is the birthday of George W. Schimminger (October 10, 1857-January 25, 1917). He was born in Philadelphia, but after Pharmacy school, and some years with a chemical company, moved to Altoona to open a drug store. After retiring in 1885, he and two partners created the business partnership known as Wilhelm, Schimminger & Ramsey, “which took over the operation of the Altoona brewery.” Originally known as the George Wilhelm Brewery, when it was founded in 1855, and later the Old Hickory Brewery, the partners renamed in the Schimminger & Wilhelm Brewery, doing business as the Altoona Brewery, until it was closed for good by Prohibition in 1920. After repeal, the Empire Brewery/Germania Brewery called itself the City Ice & Beverage Co., but in 1936 bought the rights to the Altoona Brewing Co., which remained their name until closing in 1974. 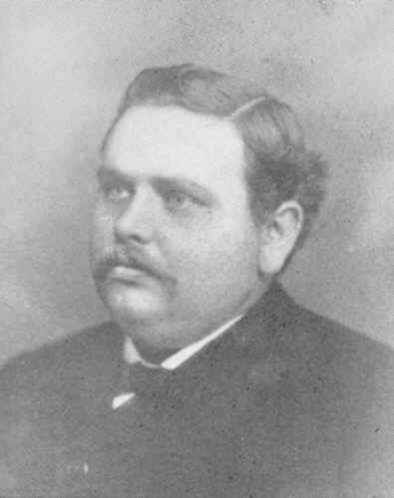 This obituary is from the Altoona Mirror, Altoona, Pa., Friday Morning, January 26, 1917:

George W. Schimminger, one of the city’s well known citizens, a former druggist and a member of the firm of Wilhelm, Schimminger & Ramsey, proprietors of the Altoona brewery, died at the home of his son-in-law, A. A. Scheffer, 319 Fourth Avenue, at 12:25 o’clock yesterday afternoon, of a complication of diseases. The news spread over the city rapidly and was received with sincere regret by those who shared his acquaintance.

Mr. Schimminger had been in failing health for the past couple of years but his condition became serious some three months ago and his decline continued rapid until he passed away. Deceased was the son of Max and Elizabeth (deceased) Schimminger, and was born at Philadelphia, October 10, 1857. He attended the schools of his native city and on being graduated from the high school entered the Philadelphia College of Pharmacy, from which institution he was graduated. He then spent several years in the employ of a large chemical house in Philadelphia. He came to Altoona in 1882 and opened a drug store on Twelfth street, between Seventh and Eighth avenues. He conducted it with success until 1895, when he retired from business and entered the firm of Wilhelm, Schimminger & Ramsey, which took over the operation of the Altoona brewery. Since that time and up until his illness compelled him to relinquish work, he was identified with the business.

He was a member of the St. Mark’s Roman Catholic church and was a member of a number of secret and fraternal organizations, among them being the Elks, Eagles, Moose, Frohsinn society, Concordia society, Altoona Turngemeinde, Bavarian society and the Catholic Mutual Beneficial association. He was one of the organizers of the latter organization in the city. He was quiet and unassuming but possessed a disposition that won him friends with all with whom he came in contact.

He was married in this city October, 1882, to Miss Elizabeth Wilhelm, who preceded him to the grave sixteen years ago. He is survived by two children, Charles M. Schimminger and Mrs. J. C. Soyster, both of this city. A daughter, Mrs. Scheffer, preceded him to the grave a few years ago. He is also survived by his aged father, now residing in Philadelphia, and three brothers – Charles, William and Albert Schimminger, of Philadelphia.

The body of Mr. Schimminger will be taken from his late home at 2:30 o’clock Sunday afternoon to St. Mark’s church and later will be interred in the family vault in St. Mary’s cemetery. Solemn high requiem mass will be celebrated at the church Monday morning at 9 o’clock. 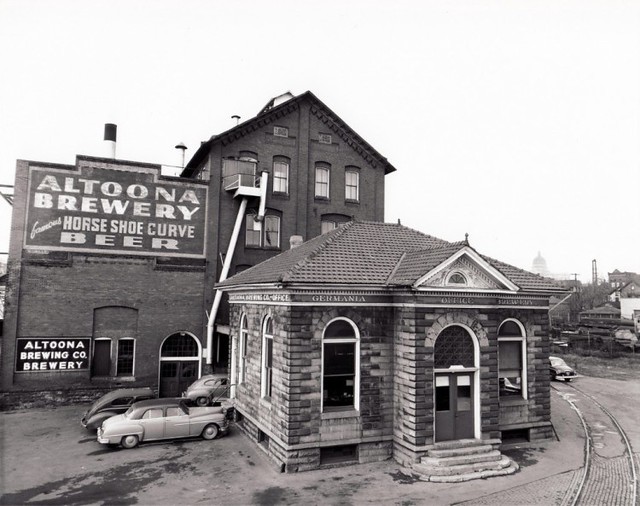 And this shorter obiturary is from the American Brewers’ Review: 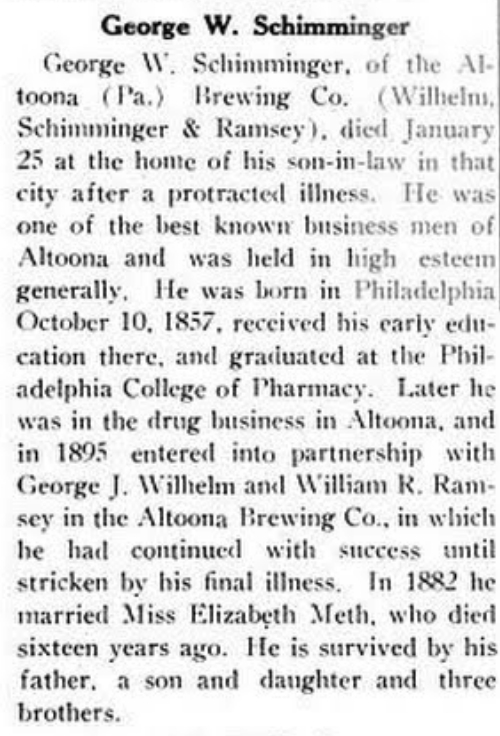 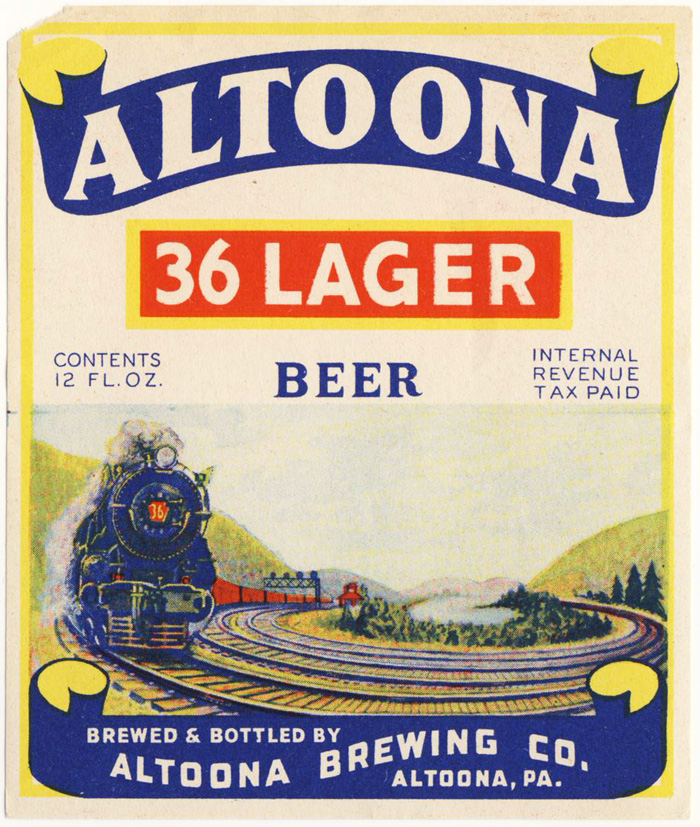 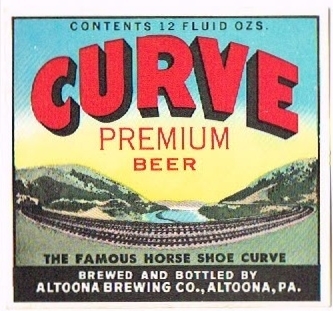 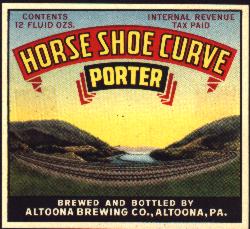