Today is the birthday of Jacob Betz (November 10, 1843-November 16, 1912). Betz was born in Bavaria, but moved to America when he five years old. When he was 32, he bought a brewery in Walla Walla, Washington, renaming it the Star Brewery (though some sources say 1874, when he would have been 31). It was also known as the Jacob Betz Brewing Co. From 1904, when a “syndicate of local saloonkeepers and capitalists” bought the brewery, with Betz retaining an interest in it, it was then called the Jacob Betz Brewing and Malting Co. In 1910, it merged with another Walla Walla brewery, the Stahl Brewing Co., and was then known as the Walla Walla Brewing Co. until closing for good in 1910. 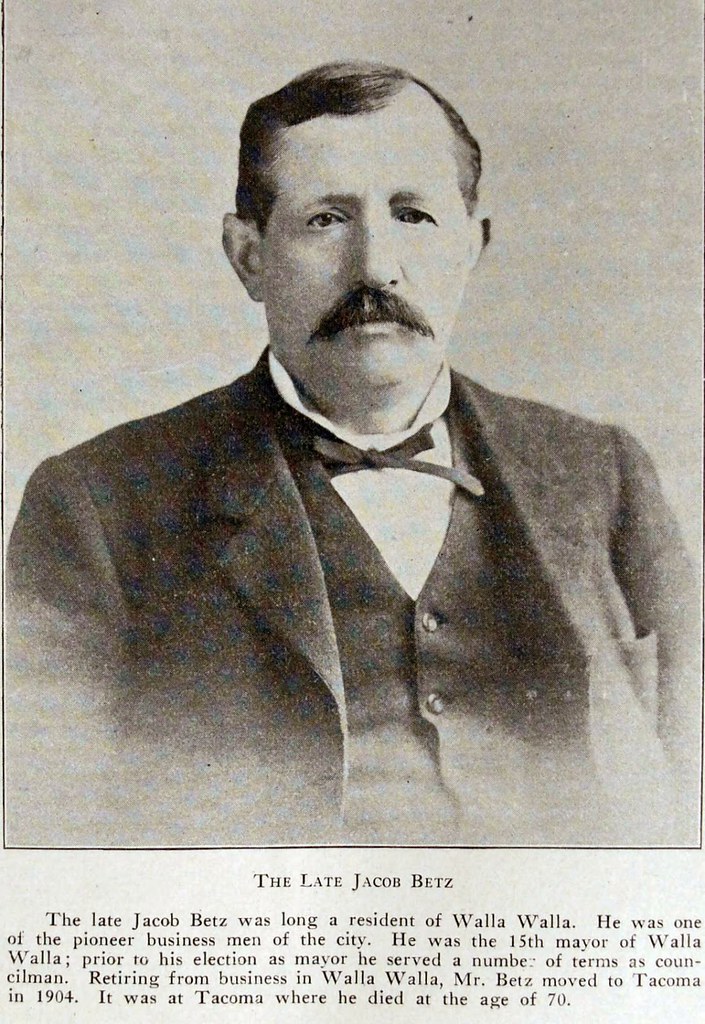 Here’s a profile of Betz published in “Washington, West of the Cascades” from 1917:

Jacob Betz, ever a good citizen, active in support and furtherance of Tacoma’s best interests, was born on the l0th of November, 1843, in the Rhine province of Bavaria, Germany, and his life record spanned the intervening years to the 10th of November, 1912. He was educated in the schools of Germany and America, having been brought to this country in 1848 when a little lad of but five summers. He arrived in California before the Civil war and there engaged in mining until 1870, when he removed to Walla Walla, Washington, where he erected a brewery which he operated for a long period. During his residence in eastern Washington his interests became extensive but at length he disposed of all of his holdings in that part of the state and in 1904 established his home in Tacoma. Here he purchased the Sprague block on Pacific avenue and at once began to remodel the building, which he improved in every way. He converted it into two hotels and also changed the store buildings and he installed therein the largest heating plant in the city. He also purchased the Hosmer residence at 610 Broadway and remodeled it into a most beautiful and attractive home. Since his death his family have carried out his plans and have erected an addition to the Sprague block on Fifteenth street. This property affords an excellent income to his heirs.

Mr. Betz was married in Walla Walla to Miss Augusta Wilson, who removed from California to Washington in 1866. To them were born five children, namely: Katherine; Jacob, Jr., who is deceased; Eleanor; Harry; and Augustus.

Mr. Betz was appreciative of the social amenities of life and found pleasant companionship in the Union and Country Clubs, of both of which he was a member. He also belonged to the Independent Order of Odd Fellows, in which he filled all of the chairs. In politics he was a republican, ever active in support of the party, working earnestly for its interests. Five times he was honored with election to the mayoralty of Walla Walla and five times to the city council and it was during his administration that the waterworks fight in Walla Walla was on. He won the case for the city in the United States supreme court and thus gave to the city one of its most important public utilities. In business and in public affairs his judgment was keen and penetrating and his opinions sound and logical. What he accomplished represented the fit utilization of his innate powers and talents. 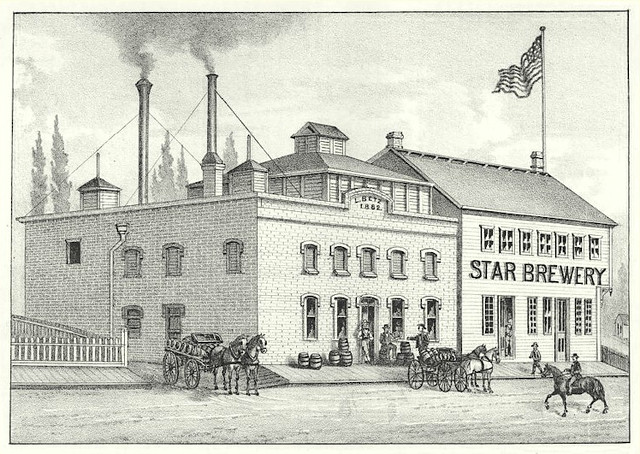 Gary Flynn, in his Brewery Gems website, points out that the profile above concerns itself primarily with his time in Tacoma, rather then Walla Walla, and adds the following:

[A]t the age of sixteen, Jacob returned to Germany to learn the brewing trade. Seven years later, Jacob departed Hamburg on the “Germanic” arriving back in the U.S. on August 6, 1866. It is unclear what he did next. The above account suggests that he tried his hand at mining, but another, more plausible account has him working in a couple of eastern breweries in the late 1860’s.

Flynn add additional biographical information, which you can read at his Biography of Jacob Betz. 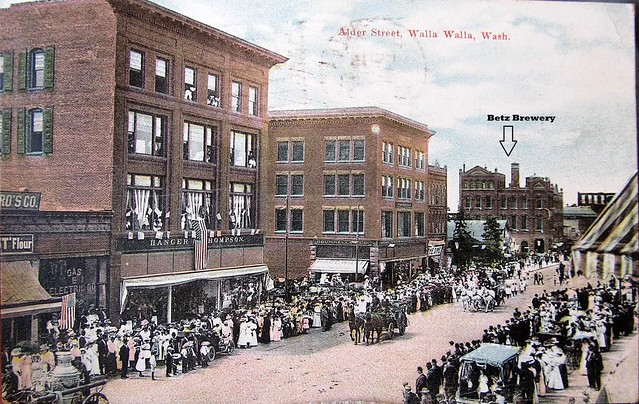 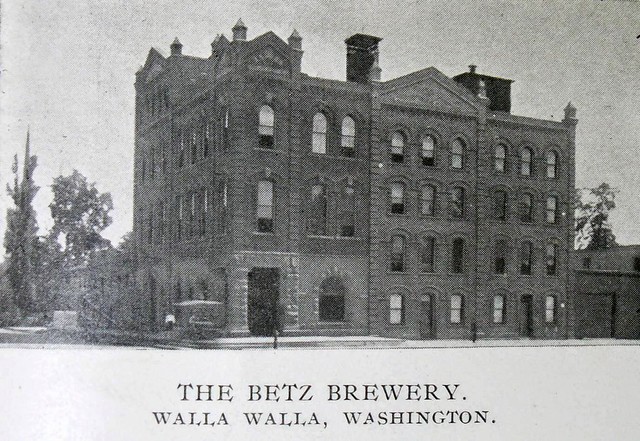 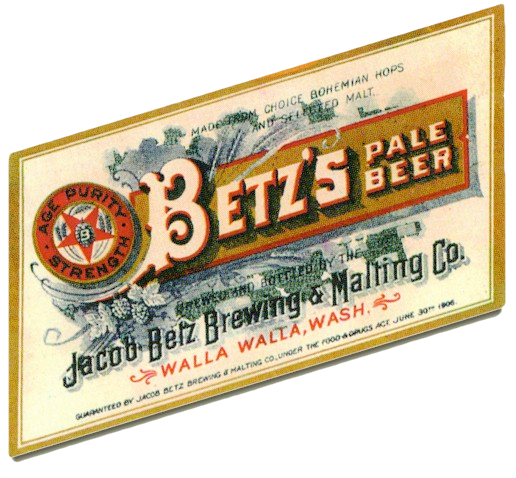 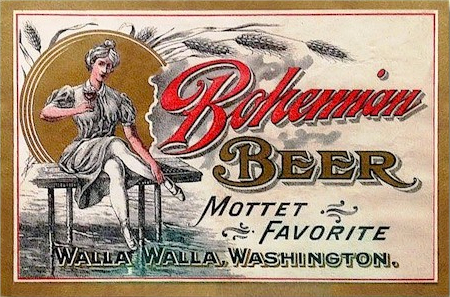