Today is the birthday of John Brown (December 31, 1795–October 23, 1890). He “was a brewer in Tring, Hertfordshire. Born in Okeford Fitzpaine in Dorset, he moved to Tring in 1826. His brewery was in Tring High Street, and he built several public houses in the area, at a period when the coming of the railway was advantageous to the business.” 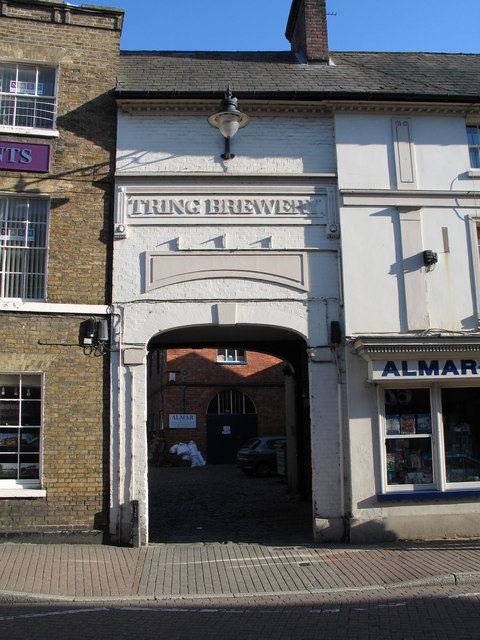 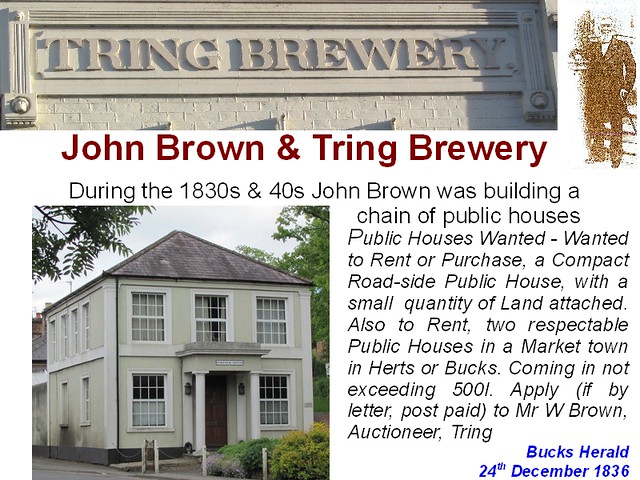 Almost entirely what I’ve been able to find out about John Brown’s Tring brewery is from his short Wikipedia page:

In the 1830s, a railway line, of the London and Birmingham Railway, was built, which passed near the town. Since it used shallow gradients, a cutting was created through chalk hills near Tring between 1834 and 1837. The cutting was the largest created at that time, being 4 km long and 12 m deep. It was mostly dug manually. The navvies employed in its construction provided business for breweries in Tring, including that of John Brown.

During the 1830s he built several pubs in the area, which had a distinctive architectural style. In Tring, these included the Britannia (the present Norfolk House) and the King’s Arms. The King’s Arms is away from the town centre: John Brown expected that the town would expand with the coming of the railway, and that the pub would be in a busy area; however, the expansion did not happen as he expected. Another of his buildings is near to the railway station about two miles from Tring; it was built in 1838 under arrangement with the London and Birmingham Railway Company. Its name was originally the Harcourt Arms, after the Harcourt family who owned Pendley Manor; it was renamed, some time between 1845 and 1851, the Royal Hotel.

In 1851 John was a farmer and a wine and spirit merchant, as well as a brewer; in 1881 he was employing nine men at the brewery. 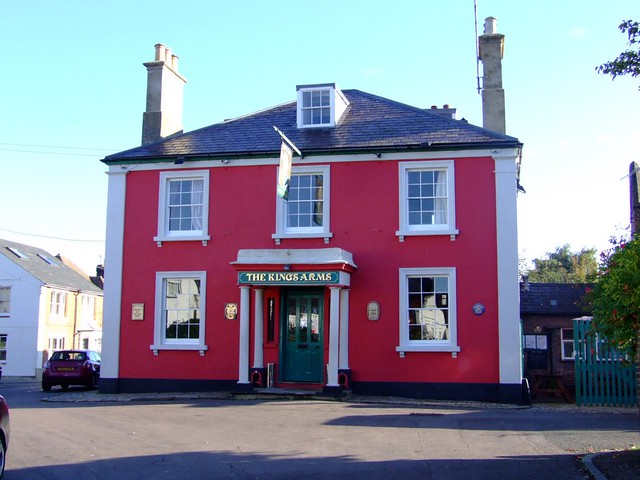 The King’s Arms, which Brown built is still a pub today, though it’s changed hands a number of time since John Brown’s day. Here’s some history of it from the pub’s website:

The King’s Arms was built in the early nineteenth century around 1830, for John Brown’s Tring Brewery (still highly visible but now a High St. stationer’s). When built, the the pub’s land included the top end of Charles St. (which was a dead end) and the pub’s orchard was where the two bungalows ‘Cosy Corner’ and ‘Corners’ now stand.

Brown’s distinctive architectural style was used on a number of other pubs in and around Tring as he expanded his estate. The ‘KA’ as it is known by regulars, has always been a pub, and internally in layout has not changed greatly in the last 180 odd years. Brown built grandly beside what was then the main London to Aylesbury road, catering initially for the army of navvies employed in building the railway, and in the expectation that expansion of the town would follow its completion.

As things turned out, the expected boom failed to materialise and the town centre grew slowly elsewhere, taking the main road along what became Western Road and the High Street. This left the pub rather isolated; later it became surrounded with the houses, shops and workshops that is now known as the ‘Tring Triangle’. At some time during the second half of the 19th century the range of stables and warehousing that bound the garden were built (presumably by the Brewery for general commercial use). 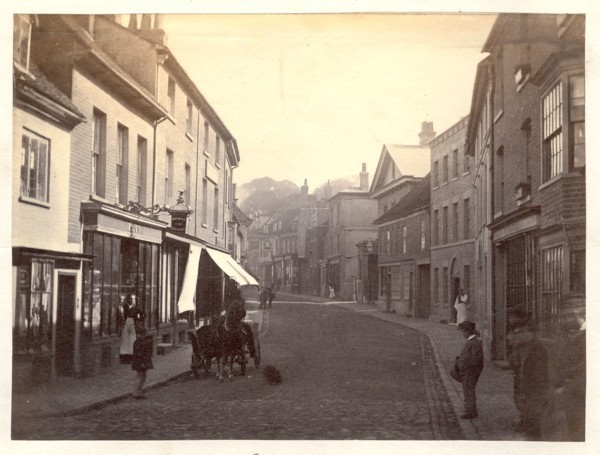 Tring High Street in the 19th century.
This is an excerpt from “Brewers in Hertfordshire” by Allan Whitaker, about the Tring Brewery. 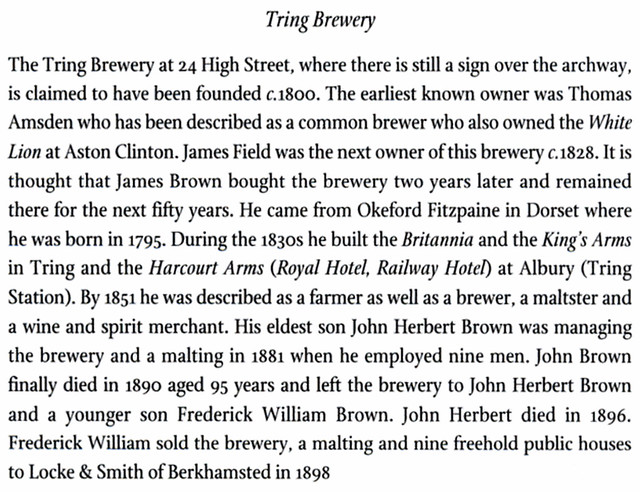 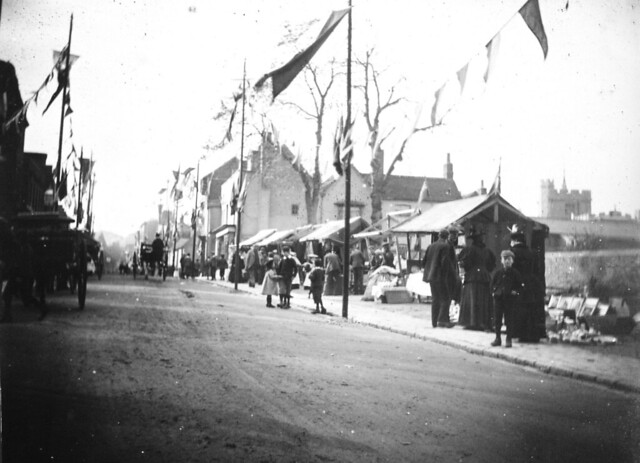 Market Day in the lower High Street in 1897.

In 1992, a new Tring Brewery opened, though it has nothing to do with the original brewery or the family of John Brown.