Today is the birthday of John Kauffman (February 10, 1839-January 15, 1886). Kauffman was born in Lorraine, France. He was part of the group that bought the Franklin Brewery in Cincinnati, Ohio in 1856. By 1859, it was called the John Kaufman & Co. Brewery, and it became the fourth largest brewery in Cincinnati. Eventually, he remained as the sole owner, and in 1882 renamed it the John Kauffman Brewing Co. It was closed by prohibition, and never reopened, although it was used as the Husman Potato Chip factory, so at least it was put to good use. 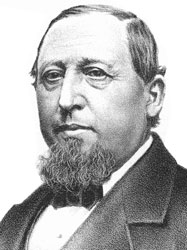 There’s an entry for the John Kauffman Brewery in the “History of Cincinnati and Hamilton County, Ohio,” published in 1894: 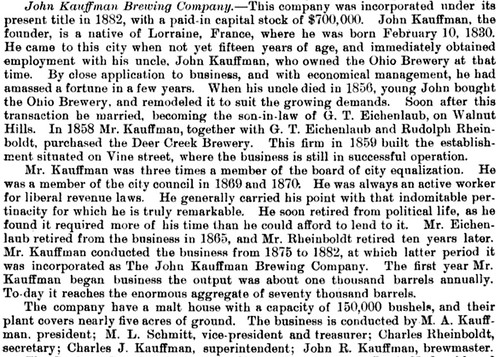 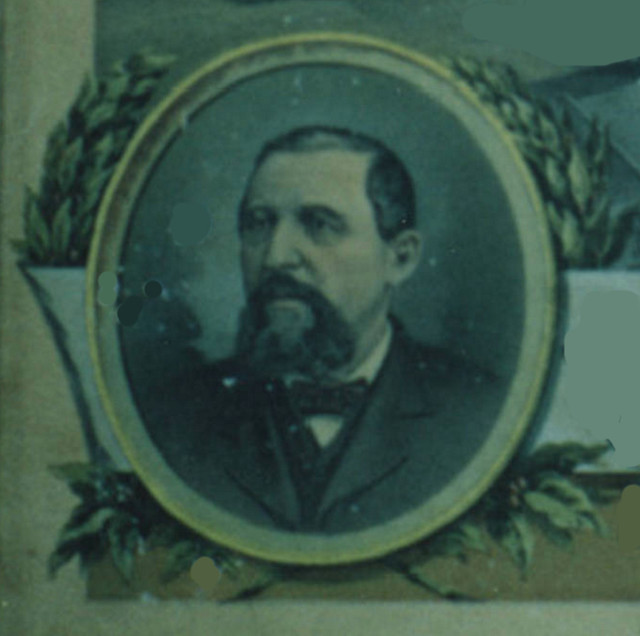 Cincinnati Brewing History has this account of the brewery’s history, taken from Cincinnati Breweries, by Robert J. Wimberg, from 1989:

“In 1856 John Kauffman, George F. Eichenlaub, and Rudolf Rheinbold purchased the Franklin Brewery on Lebanon Road near the Deer Creek from Kauffman’s aunt. Her husband, John Kauffman, estabished the brewery in 1844. He died in 1845. In 1859 under the name Kauffman and Company, they began to build a new brewery on Vine Street and soon left the Deer Creek location. The first structure on Vine was completed in 1860.

In 1865 Eichenlaub retired from the business and he was followed by Rheinbold in 1877. John Kauffman then took over the leadership by himself. After his oldest son Johnn studied brewing in Augsburg, Germany, he went to work at the family brewery. Emil Schmidt, Kauffman’s son-in-law, was superintendent by 1877.

John Kauffman died in 1892 and his wife Marianne Eichenlaub Kauffman took over. She was president of the corporation; Emil Schmidt, vice-president; and treasurer; Charles Rheinbold, secretary; Charles J. Kauffman, superintendent; and John R. Kauffman, brewmaster. By 1894 the brewery produced 70,000 barrels of beer. The malt house had a capacity of 150,000 bushels of barley and the brewery plant covered five acres of ground.

By 1913 John R. Kauffman was president of the company. The brewery produced ‘Gilt Edge’, ‘Columbia’ and ‘Old Lager’ beers. It closed in 1919 when Prohibition became law and never reopened.” 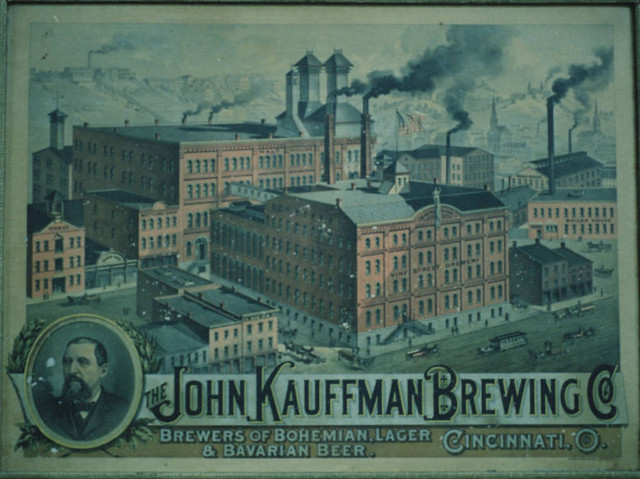 The brewery is also mentioned briefly in a History of the Brewery District for Cincinnati:

Industry continued to be an important factor in Over-the-Rhine’s development. The canal area was still the location of many diversified industries, including lumberyards, foundries, pork packers, tanneries, and glycerin works. The brewing industry tended to concentrate along McMicken Avenue and the Miami and Erie canal (what is now the Brewery District). By 1866 the Jackson Brewery, J. G. John & Sons Brewery, Christian Moerlein Brewing Company, and John Kauffman Brewing Company dominated the industrial use of the area. In close association on the west side of the canal were the John Hauck and Windisch-Mulhauser Brewing Companies. Between 1875 and 1900 seventeen breweries were located in Over-the-Rhine and West End. 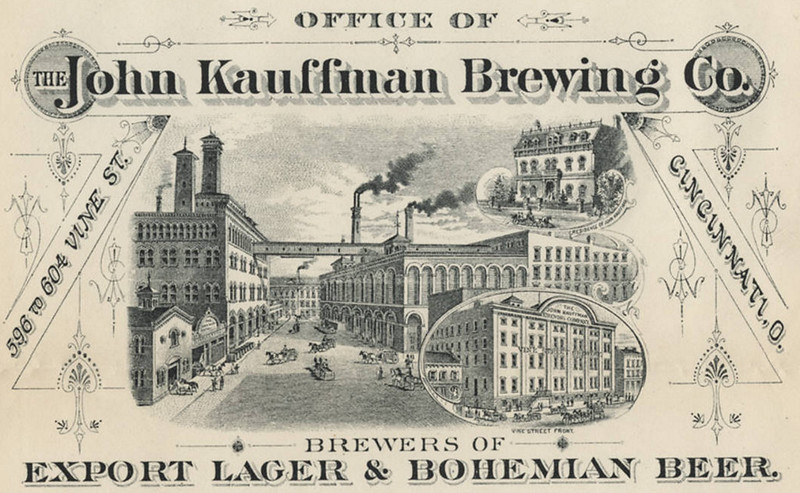