Today is the birthday of Joseph Coors Sr. (November 12, 1917–March 15, 2003). He was the grandson of brewery founder Adolph Coors and president of Coors Brewing Company. “After graduation, he began work in the Coors Porcelain Co., the porcelain business that helped the company survive Prohibition. With his brother William Coors (whose desks were located only one foot apart), Joseph refined the cold-filtered beer manufacturing system and began America’s first large-scale recycling program by offering 1-cent returns on Coors aluminum cans. He served one term as a regent of the University of Colorado in 1967-1972, attempting to quell what he considered to be campus radicalism during the Vietnam war. He served as president of Coors in 1977-1985, and chief operating officer in 1980-1988. His leadership helped expand Coors beer distribution from 11 Western states in the 1970s to the entire USA by the early 1990s.” 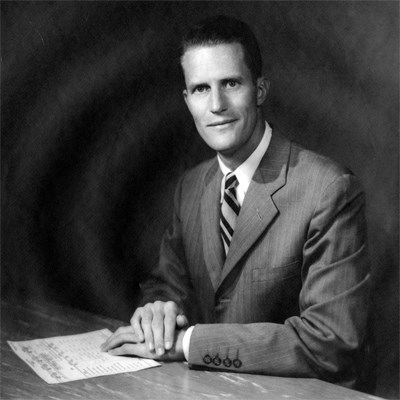 This short biography is from Find-a-Grave:

Businessman. Brewery magnate and leading member of the Coors Brewing family and company founded by his grandfather. Worked at the Coors Brewery in Golden, Colorado, starting in 1946 as technical director, became Executive Vice President in 1975, President in 1977, and Chief Operating Officer from 1985-1987. Engaged in an intense conforation with labor over an effort to unionize the Coors Brewery. An outspoken conservative who helped establish (with Paul Weyrich) The Heritage Foundation, The Independnce Institute (Golden, Colorado), and the Mountain States Legal Foundation. Elected to one term as a Regent of the University of Colorado (1966). Member of the ‘kitchen cabinet’ of President Ronald Reagan. 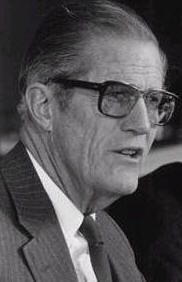 And this brief biography of Joe Coors is from CoorsTek:

Joseph Coors, Sr., one of Adolph Jr.’s sons, assumed leadership at the pottery in 1946 and began the process of becoming the industrial ceramic technology leader. He started the first formal R&D group at Coors Porcelain and strengthened the technical and design staff. 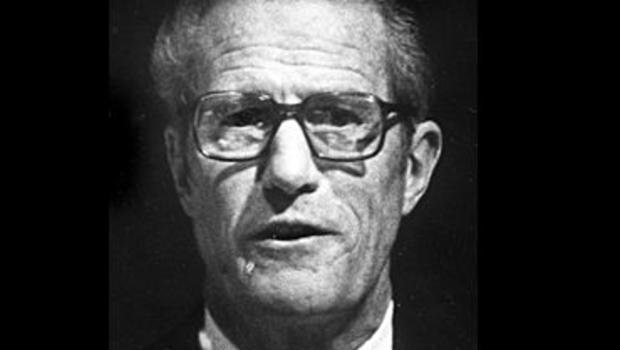 Here’s his obituary from CBS News:

Joseph Coors, who used his brewing fortune to support President Reagan and help create the conservative Heritage Foundation, has died at age 85.

In the 1970s, Coors began providing money and his famous name to start the Heritage Foundation, the influential think tank in Washington, D.C. Even earlier, he served as one of Reagan’s advisers and backers in the “kitchen Cabinet,” which financed Reagan’s political career from the governorship of California to the White House. The two first met in Palm Springs, Calif., in 1967.

“Without Joe Coors, the Heritage Foundation wouldn’t exist — and the conservative movement it nurtures would be immeasurably poorer,” the foundation’s president, Edwin Feulner, said in a statement.

In 1988 he retired as chief operating officer. He remained a director until three years ago.

Coors used his chemical engineering background to refine the brewery’s cold-filtered beer manufacturing system, which he created with his brother Bill. The brothers also initiated what is believed to have been the first large-scale recycling program by offering a one cent return on Coors’ aluminum cans in 1959.

Until the 1970s, Coors beer was sold in 11 just Western states. But aggressive competition from industry giants Anheuser-Busch and Miller Brewing prompted the company to expand. By the early 1990s, Coors was available nationwide. It is the third-largest brewer in the United States.

But the company was the object of sometimes bitter criticism from activists who criticized Coors’ politics and accused the company of a variety of violations of labor and environmental laws and bias against gays and other minorities.

In 1977, labor unions launched a boycott after a bitter 20-month strike. The boycott ended 10 years later after the company agreed to forgo erecting legal roadblocks often used by management against an attempt to organize its workforce. The following year, Coors employees turned down Teamsters representation.

Born in Golden on Nov. 12, 1917, Coors was educated in public schools. He graduated from Cornell University in Ithaca, N.Y., in 1940 with a degree in chemical engineering.

His first job at Coors Co. was with the company’s ceramics division, working in the clay pits west of Golden where the raw material for porcelain was mined. The porcelain business, purchased in the early 1900s, helped keep the company afloat during Prohibition, when the brewery produced malted milk and near-beer.

Coors also served a term as a regent of the University of Colorado, confronting what he saw as campus radicalism during the Vietnam War.

Coors and his brother worked in the same office, their desks not more than a foot apart. But Bill Coors said their politics were quite different.

“He was very principled and dedicated. But we got along a lot better if we didn’t talk politics,” Bill Coors said. “He was conservative as they come. I mean he was a little bit right of Attila the Hun.

In addition to his brother, he is survived by his wife, Anne; five sons, Joseph Jr., Jeffrey, Peter, Grover and John, all of the Golden area; 27 grandchildren; and eight great-grandchildren. 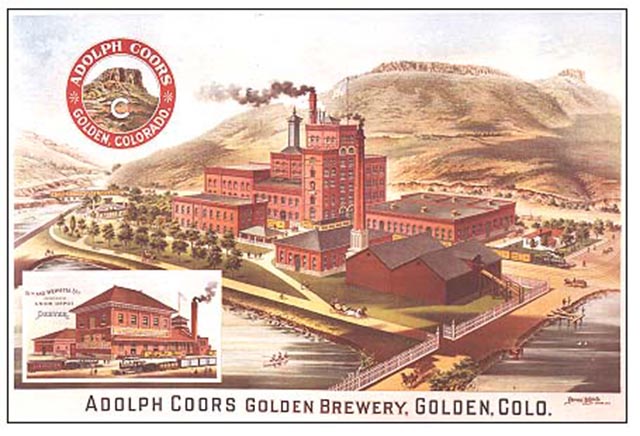