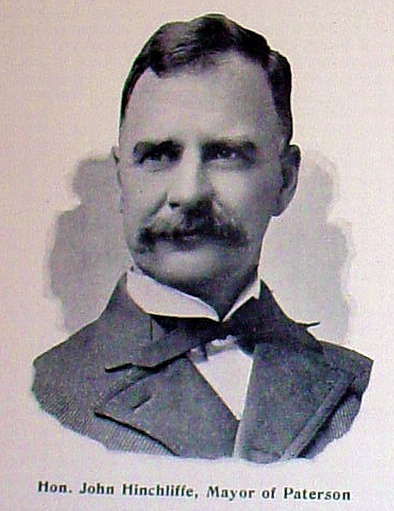 This obituary comes from the American Brewers Review in 1915: 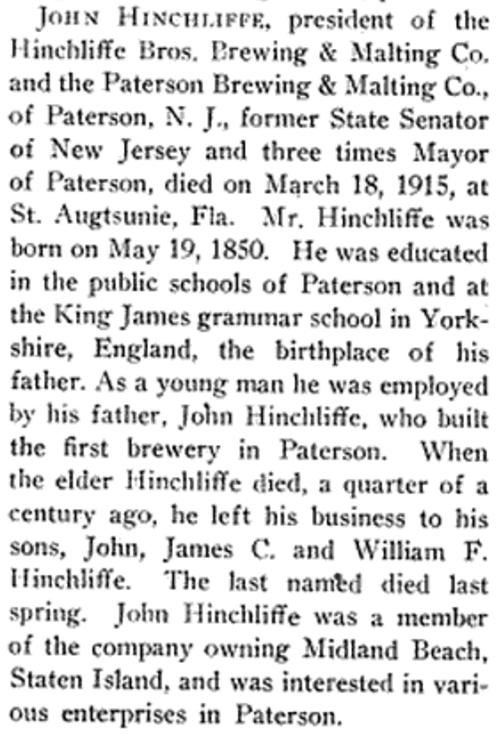 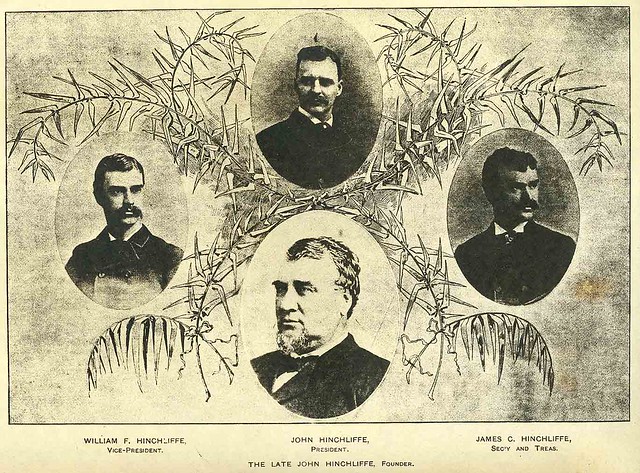 This brewery history is from the Paterson Historic Preservation Society:

The Hinchliffe Brewing & Malting Company was one of at least a dozen of breweries to operate out of Paterson in the pre-Prohibition Era. Owned and operated by John Hinchliffe & sons, who had previously founded the Eagle Brewery in Paterson in 1861 (on the Eve of the Civil War), Hinchliffe Brewing built the impressive brick structure that still stands on Governor Street in 1899. Designed by Charles Stoll & Son, notable “brewer’s architects” from Brooklyn, New York, building lasted eight months and once completed she was the largest in the city. Advertising broadsides from the era feature products such as their “East India Ale,” Porters, and Brown Stouts. The Brewery had a three-story ice factory located behind it, and at full capacity could produce 75,000 barrels per year. In 1917, the Brewery was converted to cold storage for supplies headed to the battlefields of World War I.

Glassware and advertising from Hinchliffe Brewery are considered collectibles due to their pre-Prohibition origins. Unfortunately, the Brewery would not survive the 18th Amendment and the Volstead Act, as the Hinchliffe family closed operations to conform with the law of the land. 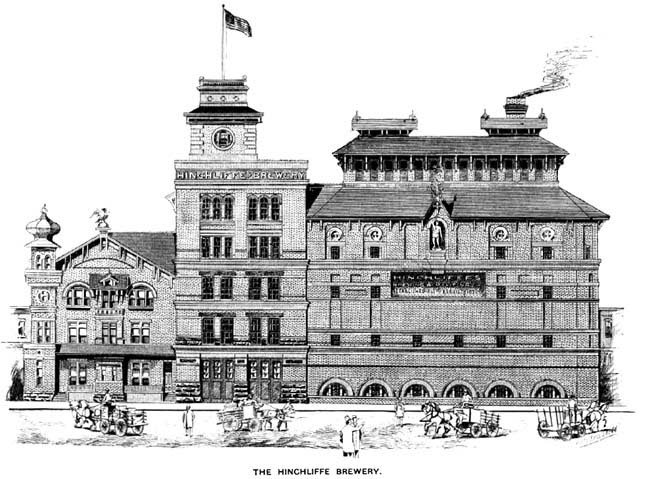 And this history is by Peter Blum: 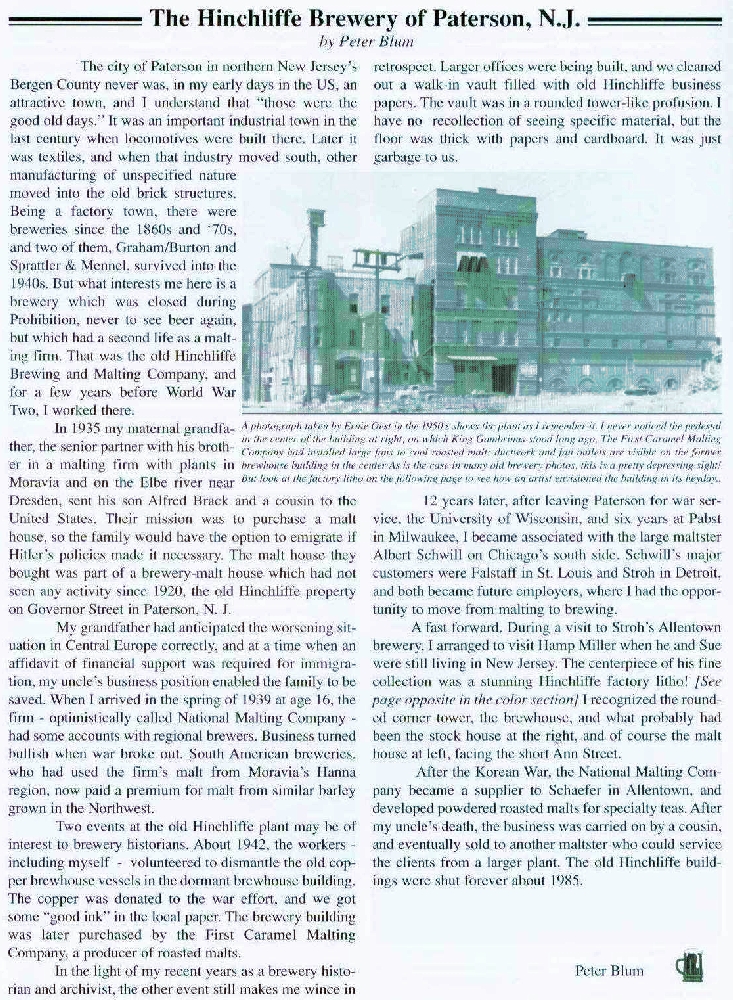 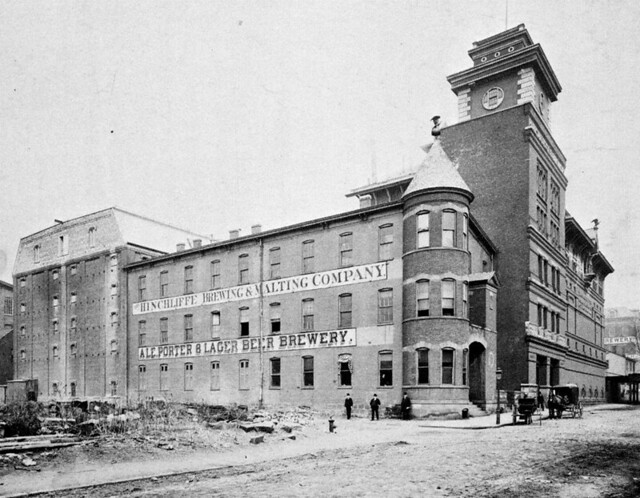 And this is from the City of Paterson, New Jersey’s website:

The Hinchliffe Brewing and Malting Company was formed in 1890 by the well-known Hinchliffe brothers, the three sons of the English founder of the Eagle Brewery in 1861. The Eagle was likely the earliest medium-scale brewery in Paterson. John Hinchliffe began under the name Hinchliffe & Co., and was later changed to Shaw, Hinchliffe & Penrose in 1867 following association with those gentlemen. While business did well, in 1878 Penrose withdrew from the firm to which then the name changed to Shaw & Hinchliffe. Soon afterward in 1881, Shaw went abroad due to illness and died there, leaving the firm under its founder, John Hinchliffe, who again was alone in the endeavor until his death in 1886. His sons John, William and James inherited the property and the business, to which they put their minds and in 1890 set out together. They hired the well-known firm of Charles Stoll & Son of Brooklyn to draw up plans for the city’s largest and most modern brewing facility. The brew house stood five stories tall, built of brick and iron and trimmed with granite, and behind was a modern ice making facility three stories tall. A four-story cold storage facility was also constructed at the time fronting Governor Street.

The 1890s was the high time for the brewing industry in Paterson. The four main breweries in Paterson consolidated as the Paterson Consolidated Brewing Co. and in 1899 the Hinchliffe brothers also joined and became board leaders of the organization. John Hinchliffe died in 1915, the same year that more than 30 of Paterson’s saloons were closed due to the lack business. The brewing industry in Paterson was soon thereafter crippled and dissolved by the Temperance movement and prohibition era of the 1920-30s. 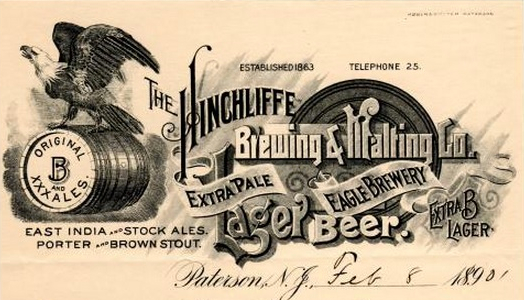 On January 15, 1904, a fire broke out at the Hinchcliffe Brewery Malt House. One firefighter died when he fell from a ladder during efforts to put out the blaze, and at least three others were injured. The website Paterson Fire History has photographs and newspaper clippings from the fire. 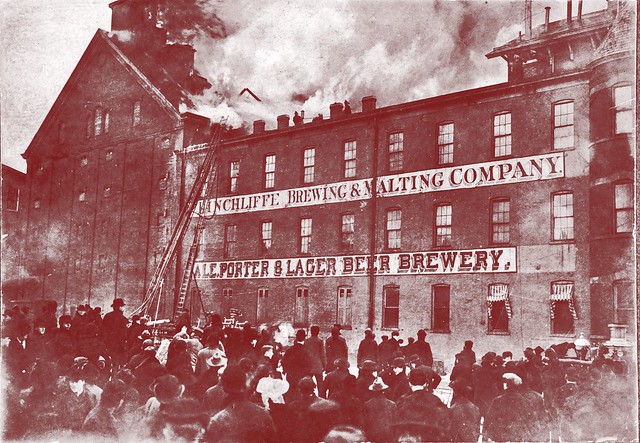 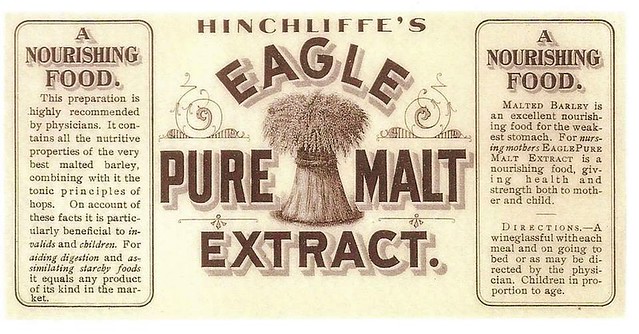 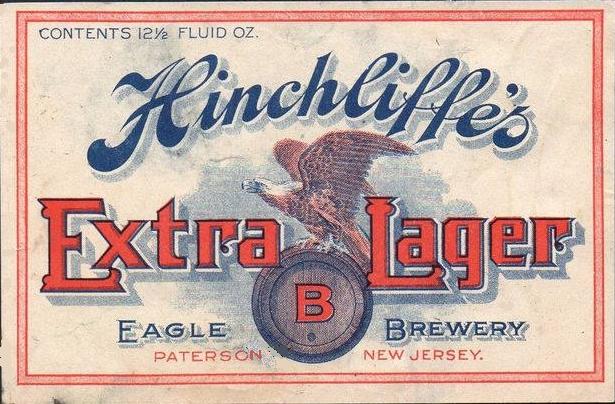 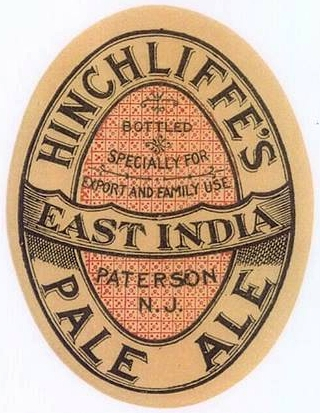