Today is the birthday of Lord Chesterfield, whose full name was Philip Stanhope, 4th Earl of Chesterfield (September 22, 1694-March 24, 1773). He “was a British statesman, and a man of letters, and wit. He was born in London to Philip Stanhope, 3rd Earl of Chesterfield, and Lady Elizabeth Savile, and known as Lord Stanhope until the death of his father, in 1726. Educated at Trinity Hall, Cambridge, he subsequently embarked on the Grand Tour of the Continent, to complete his education as a nobleman, by exposure to the cultural legacies of Classical antiquity and the Renaissance, and to become acquainted with his aristocratic counterparts and the polite society of Continental Europe.

In the course of his post-graduate tour of Europe, the death of Queen Anne (r. 1702–1714) and the accession of King George I (r. 1714–1727) opened a political career for Stanhope, and he returned to England. In the British political spectrum he was a Whig and entered government service, as a courtier to the King, through the mentorship of his relative, James Stanhope, 1st Earl Stanhope, the King’s favourite minister, who procured his appointment as Lord of the Bedchamber to the Prince of Wales. 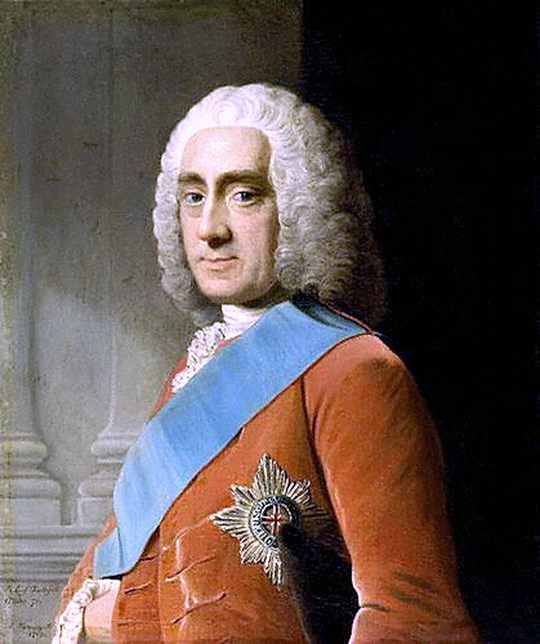 Today he’s arguably best known for two things. The first is the numerous letters written to his illegitimate son Phillip Stanhope. They consisted of 400 private correspondences written over thirty years, first published a year after Lord Chesterfield’s death as “Letters to His Son on the Art of Becoming a Man of the World and a Gentleman.” From that correspondence, many quotations have become well-known, such as “Whatever is worth doing at all is worth doing well,” “Never seem more learned than the people you are with. Wear your learning like a pocket watch and keep it hidden. Do not pull it out to count the hours, but give the time when you are asked,” “Take care of the minutes and the hours will take care of themselves,” and “Know the true value of time; snatch, seize, and enjoy every moment of it. No idleness, no delay, no procrastination; never put off till tomorrow what you can do today.” Then there’s “Young men are apt to think themselves wise enough, as drunken men are apt to think themselves sober enough” and “Choose your pleasures for yourself, and do not let them be imposed upon you. Follow nature and not fashion: weigh the present enjoyment of your pleasures against the necessary consequences of them, and then let your own common sense determine your choice.” 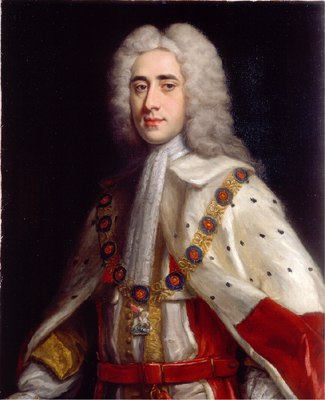 Portrait by Jonathan Richardson from 1728.

Here’s the description from the Oxford edition of Chesterfield’s collected letters:

Not originally intended for publication, the celebrated and controversial correspondences between Lord Chesterfield and his son Philip, dating from 1737, were praised in their day as a complete manual of education, and despised by Samuel Johnson for teaching “the morals of a whore and the manners of a dancing-master.” Reflecting the political craft of a leading statesman and the urbane wit of a man who associated with Pope, Addison, and Swift, Lord Chesterfield’s Letters reveal the author’s political cynicism, his views on good breeding, and instruction to his son in etiquette and the worldly arts. The only annotated selection of this breadth available in paperback, these entertaining letters illuminate the fascinating aspects of eighteenth-century life and manners. 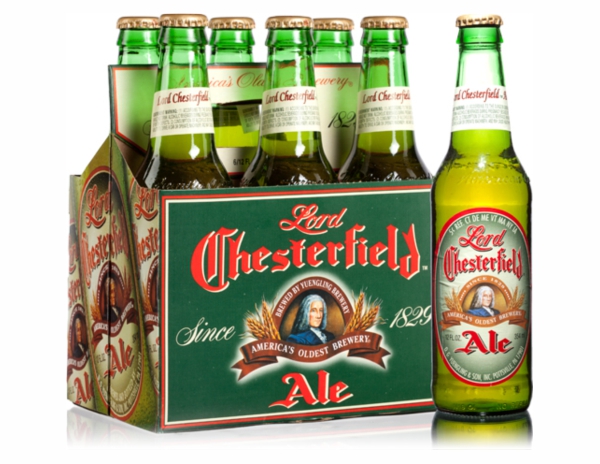 The second thing he’s known for today is Yuengling Brewery’s Lord Chesterfield Ale, which the brewery first brewed in 1829, the year they were founded as the Eagle Brewery. 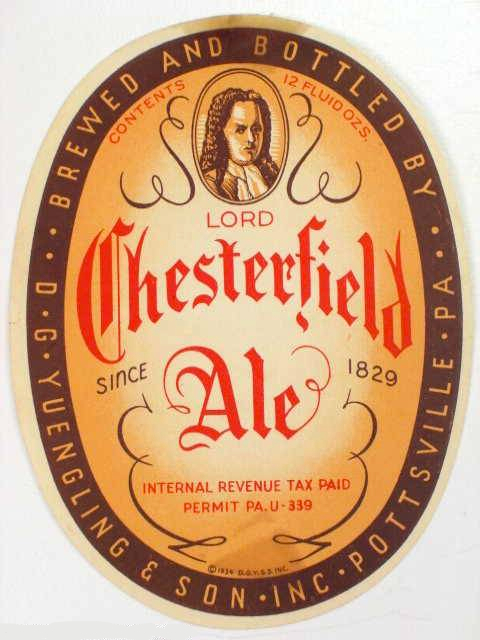 The Lord Chesterfield Ale label in 1934. 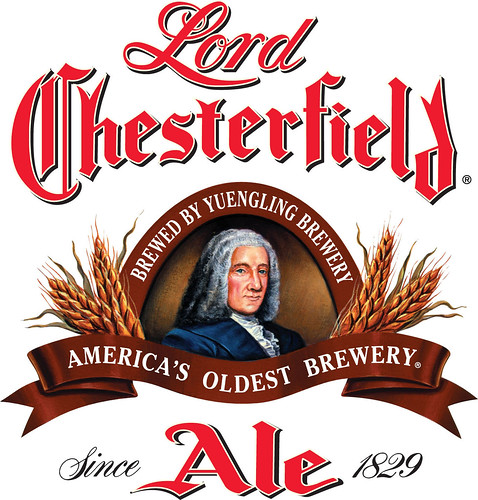