Today is the birthday of Michael Joseph Owens (January 1, 1859–December 27, 1923). He “was an inventor of machines that could automate the production of glass bottles.” 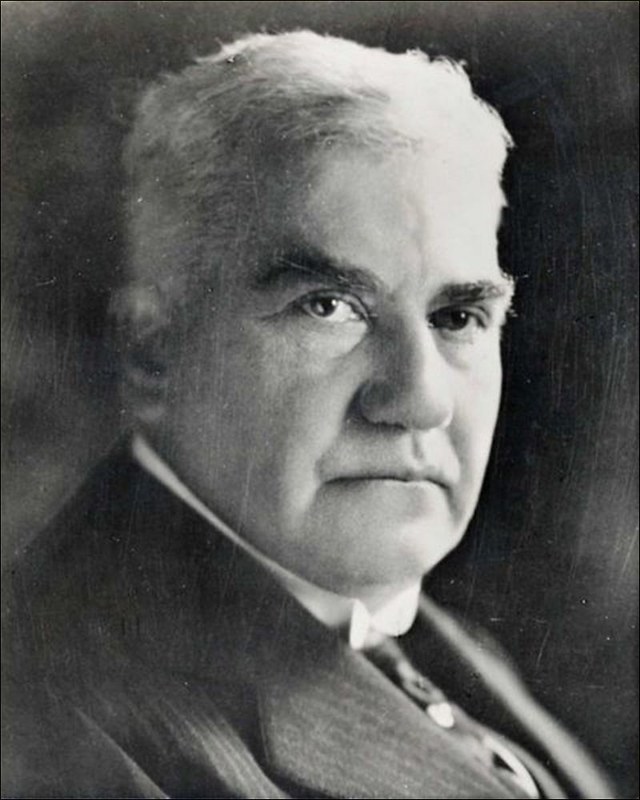 If you’ve ever opened a beer bottle, you’ve probably held something he had a hand in developing, because he made beer bottles cheap and affordable for breweries, and his company has continued to improve upon his designs. Based on his patents, in 1903 he founded the Owens Bottle Company, which in 1929 merged with the Illinois Glass Company in 1929 to become Owens-Illinois, Inc. Today, O-I is an international company with 80 plants in 23 countries, joint ventures in China, Italy, Malaysia, Mexico, the United States and Vietnam, with 27,000 employees worldwide and 2,100-plus worldwide patents. 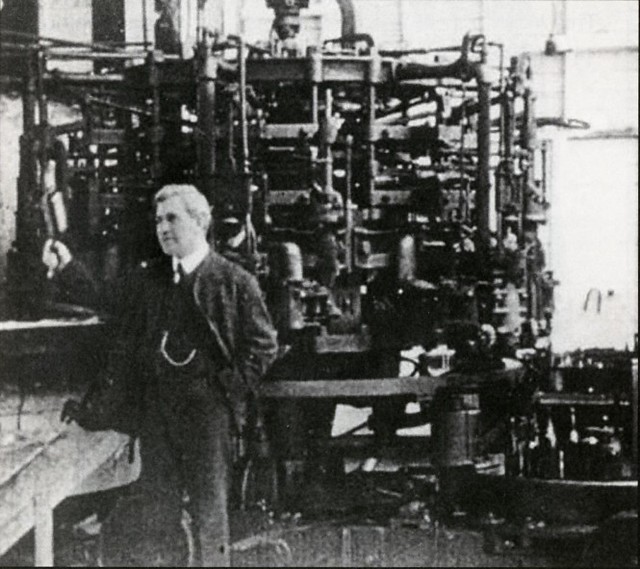 Michael J. Owens in front of one of his bottling machines from a film shot in 1910.

Here’s a short biography of Owens:

Michael Joseph Owens was an inventor of machines that could automate the production of glass bottles.

Michael J. Owens was born on January 1, 1859, in Mason County, West Virginia. As a teenager, he went to work for a glass manufacturer in Newark, Ohio.

During the late 1800s, Toledo, Ohio was the site of large supplies of natural gas and high silica-content sandstone — two items necessary for glass manufacturing. Numerous companies either formed in or relocated to Toledo, including the New England Glass Company, which relocated to Toledo in 1888. This same year, the company’s owner, Edward Drummond Libbey, hired Owens.

Within a short time, Owens had become a plant manager for Libbey in Findlay, Ohio. At this point in time, glass manufacturers in the United States had to blow glass to produce the bottles. This was a slow and tedious process. Owens sought to invent a machine that could manufacture glass bottles, rather than having to rely on skilled laborers, greatly speeding up the manufacturing process. On August 2, 1904, Owens patented a machine that could automatically manufacture glass bottles. This machine could produce four bottles per second. Owens’s invention revolutionized the glass industry. His machine also caused tremendous growth in the soft drink and beer industries, as these firms now had a less expensive way of packaging their products.

In 1903, after Owens had invented his bottle machine but before he had patented the invention, Owens formed the Owens Bottle Machine Company in Toledo. Libbey helped finance Owens’s company. This firm initially manufactured Owens’s bottle machine. By 1919, the firm had begun to manufacture bottles, and the company changed its name to the Owens Bottle Company. The company grew quickly, acquiring the Illinois Glass Company in 1929. The Owens Bottle Company became known as the Owens-Illinois Glass Company this same year. In 1965, the company changed its name one final time. It became and remains known as Owens-Illinois, Inc.

Owens retired in 1919. He did not live to see his company grow into such an important manufacturer of glass. He died on December 27, 1923, in Toledo, Ohio. Over the course of his life, Owens secured forty-five patents. 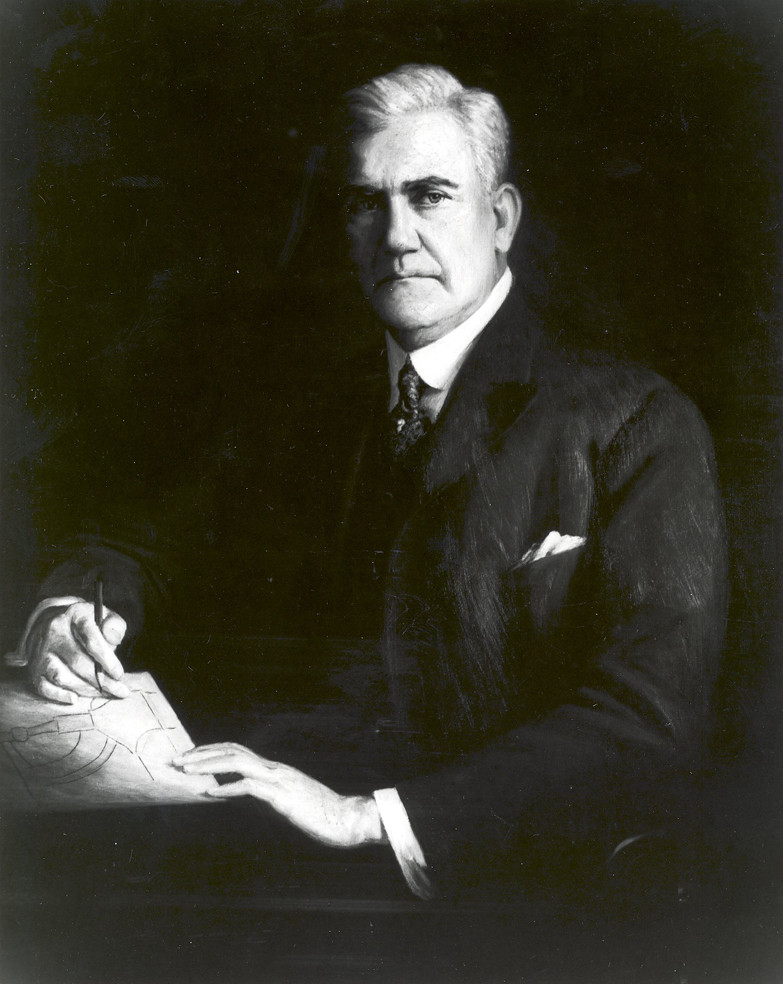 He was born in Mason County, West Virginia on January 1, 1859. He left school at the age of 10 to start a glassware apprenticeship at J. H. Hobbs, Brockunier and Company in Wheeling, West Virginia.

In 1888 he moved to Toledo, Ohio and worked for the Toledo Glass Factory owned by Edward Drummond Libbey. He was later promoted to foreman and then to supervisor. He formed the Owens Bottle Machine Company in 1903. His machines could produce glass bottles at a rate of 240 per minute, and reduce labor costs by 80%.

To read more about Owens’ contributions, check out Michael Owens’ Glass Bottles Changed The World, by Scott S. Smith, Owens the Innovator at the University of Toledo, Today in Science, and the West Virginia Encyclopedia has a history of the Owens-Illinois Glass Company. 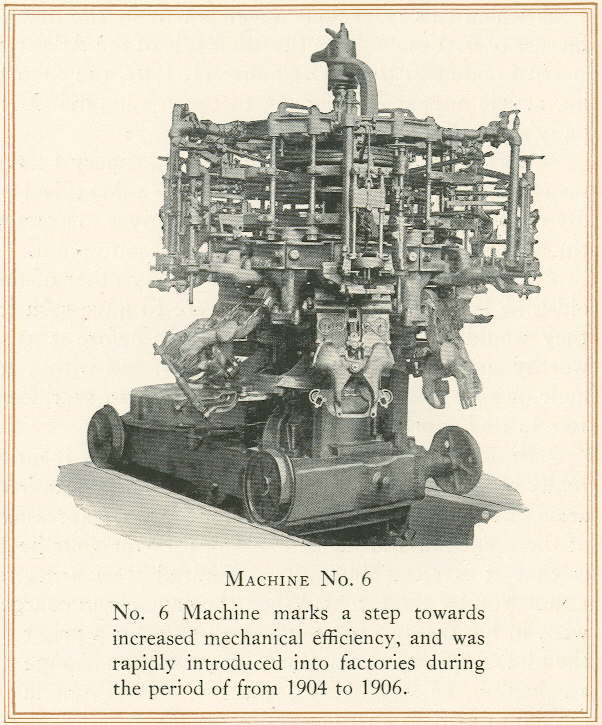