Today is the birthday of Robert Harry Beale Neame, though he was generally known as Bobby (February 25, 1934- ). He joined his family’s company, Shephard Neame in 1956, and in 1971 became the chairman of the company, a position he held until retiring in 2005, when he was named president. 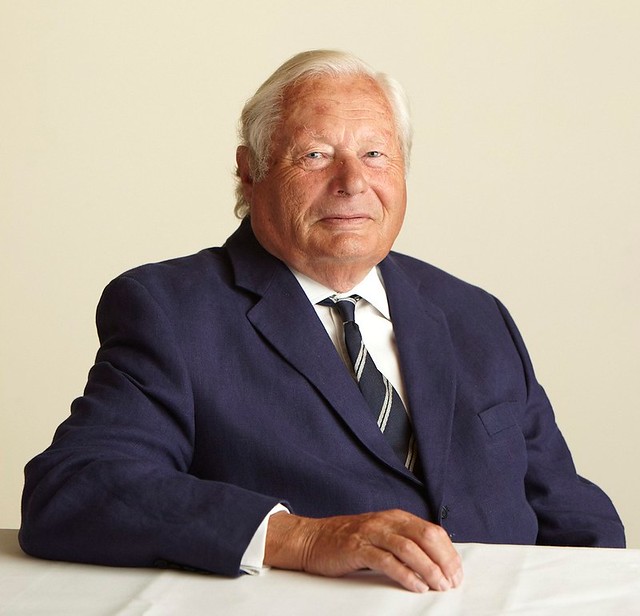 Shepherd Neame is an English independent regional brewery founded in 1698 in Faversham, Kent. Evidence has been uncovered showing brewing has taken place continuously on the current site since at least 1573. It is the oldest brewer in Great Britain and has been family-owned since 1864. The brewery produces a range of cask ales and filtered beers. Production is around 281,000 brewers’ barrels a year. It owns 338 pubs & hotels predominantly in Kent, London and South East England.

From the Neame Family Research:

The next generation faced the same difficulties in the 1960s. Bobby Neame came to work at the Brewery in 1956. In September 1957 he became a director when Madeleine Finn, due to retire, decided to step down. Jasper, his father was ill at the time, but Bobby was back at work in the following January. By the September 1969 AGM he had widened his range considerably and it was said that he was helping in the Brewery, and was in charge of the free trade, advertising etc.

Laurie’s son, Colin Roger Beale Neame joined the company in October 1959, to help his father in the bottled beer department, a month after Rex Neame had joined in Managing ‘Queen Court’. At the September 1961 AGM after serving a probationary period on the Board, they both became full members. As the production director, he was in charge of the more technical side of the brewing business, making improvements in the bottling plant and keg beer, by utilizing many labour saving techniques. He also introduced a small biochemical laboratory employing a laboratory technician.

Jasper died on 18 Jan 1961 at the early age of 56, Laurie then becoming sole managing director. He survived his brother for another nine years and continued his interest in production.

Following is his father’s footsteps, Bobby took particular interest in the sales side of the business. This became especially important once the larger brewers started investing heavily in advertising, especially on commercial television. Bobby then became marketing manager in charge of “improving the image of the Company in the eyes of the public”, showing greater attention to publicity, with advertising on Southern Television in 1970. 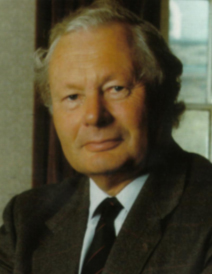 In 1968 the Cobb brewing company in Margate (with its family connection) again came on the market, together with 38 licensed premises. The Cobbs found it increasingly difficult to survive independently after the increasing success of the Butlins hotels group took over much of its trade. It was taken over by the Whitbreads in Januray 1968 and ceased to brew in the following October. This now left Shepherd Neame as ‘the last independent brewery in Kent.’

On 19 Dec 1970, Laurie died suddenly and unexpectedly at the end of the day, after all the excitement when his second son, Stuart, was married. In March 1971 Bobby became chairman and Colin managing director. 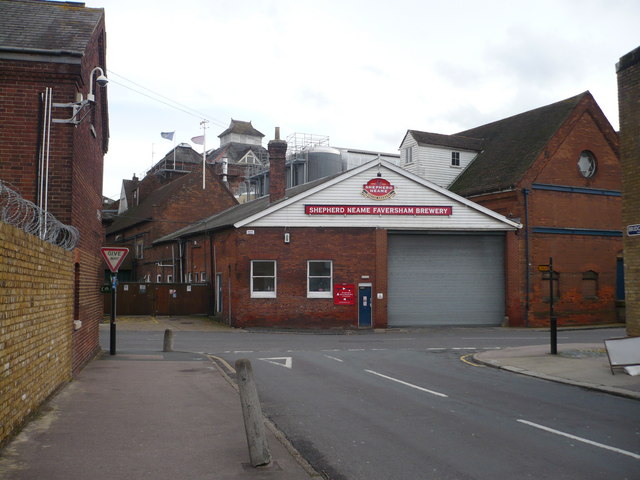 I love the stained glass windows showing the brewery’s history. 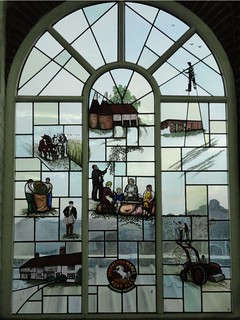 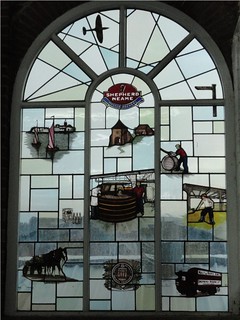 Martyn Cornell has a nice photo tour of the Shepherd Neame Brewery. And on YouTube there’s an interesting tour of the brewery.