Today is the birthday of Theodor Schwann (December 7, 1810–January 11, 1882). He “was a German physiologist. His many contributions to biology include the development of cell theory, the discovery of Schwann cells in the peripheral nervous system, the discovery and study of pepsin, the discovery of the organic nature of yeast, and the invention of the term metabolism.” 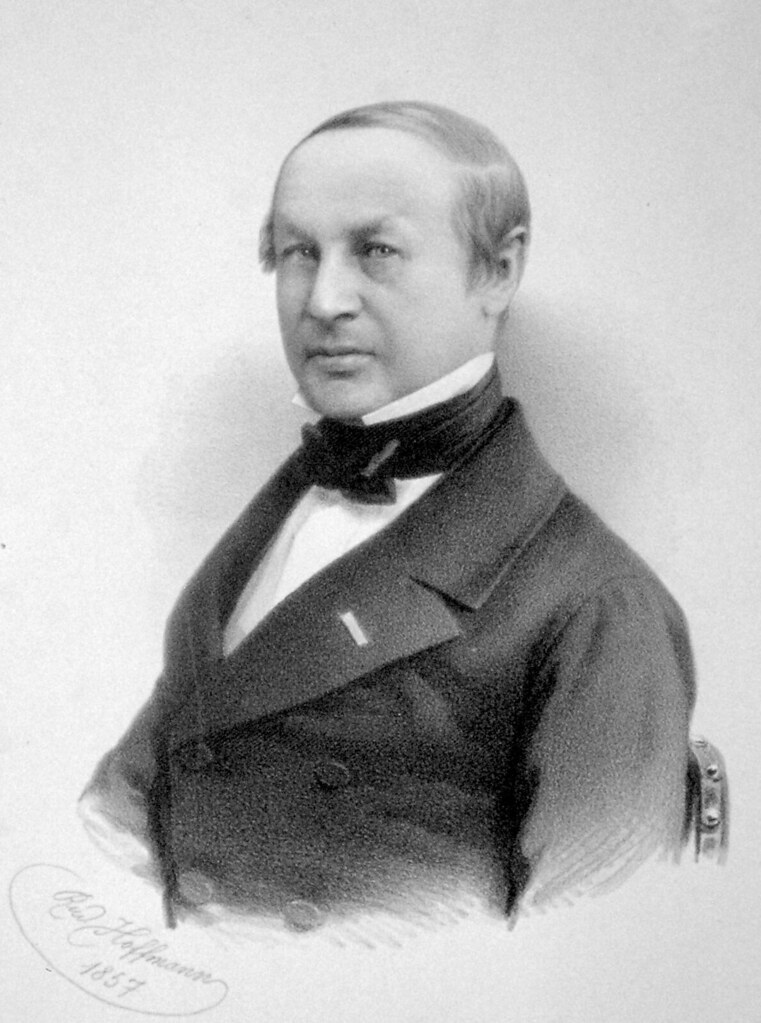 So Schwann appears to have made several important contributions to science, but his most important one, for my purposes, is that his discovery of the organic nature of yeast influenced Pasteur.

Schwann was the first of Johannes Peter Müller’s pupils to break with vitalism and work towards a physico-chemical explanation of life. Schwann also examined the question of spontaneous generation, which led to its eventual disconfirmation. In the early 1840s, Schwann went beyond others who had noted simply the multiplication of yeast during alcoholic fermentation, as Schwann assigned the yeast the role of primary causal factor, and then went further and claimed it was alive. Embattled controversy ensued as eminent chemists alleged that Schwann was undoing scientific progress by reverting to vitalism.

After publishing anonymous mockery in a journal of their own editorship, they published a purely physicochemical if also hypothetical explanation of the interaction resulting in fermentation. As both the rival perspectives were hypothetical, and there was not even an empirical definition of ‘life’ to hold as a reference frame, the controversy—as well as interest itself—fell into obscurity unresolved. Pasteur began fermentation researches in 1857 by approximately just repeating and confirming Schwann’s, yet Pasteur accepted that yeast were alive, thus dissolving the controversy over their living status, and then Pasteur took fermentation researches further.

In retrospect, the germ theory of Pasteur, as well as its antiseptic applications by Lister, can be traced to Schwann’s influence. 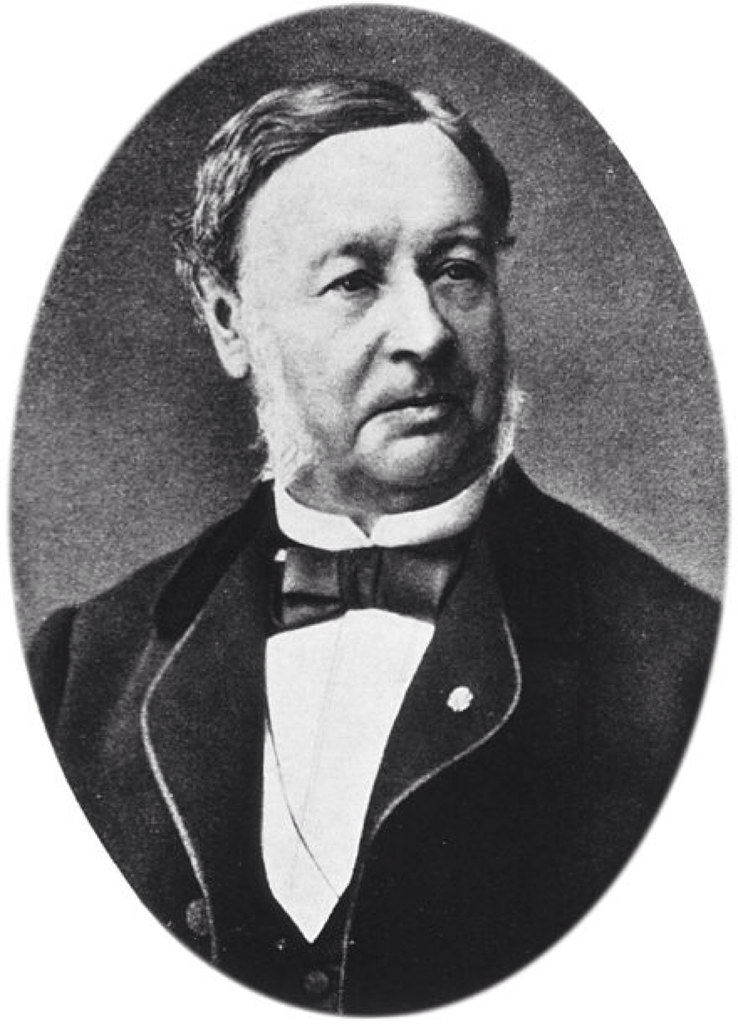 In his biography on Famous Scientists, under the section entitled “Microbes, Yeast and Fermentation” it discusses his influence on Pasteur’s work on yeast in fermentation:

Schwann identified the role that microorganisms played in alcohol fermentation and putrefaction. He carried out a variety of fermentation experiments and by 1836 had gathered enough evidence to convince himself that the conversion of sugar to alcohol during fermentation was a biological process that required the action of a living substance (yeast) rather than a chemical process of sugar oxidation.

Unfortunately, Schwann’s explanation of fermentation was ridiculed by other scientists. Acceptance only came with Louis Pasteur’s work over a decade later. Pasteur later wrote in a letter to Schwann:

“For twenty years past I have been travelling along some of the paths opened up by you.” 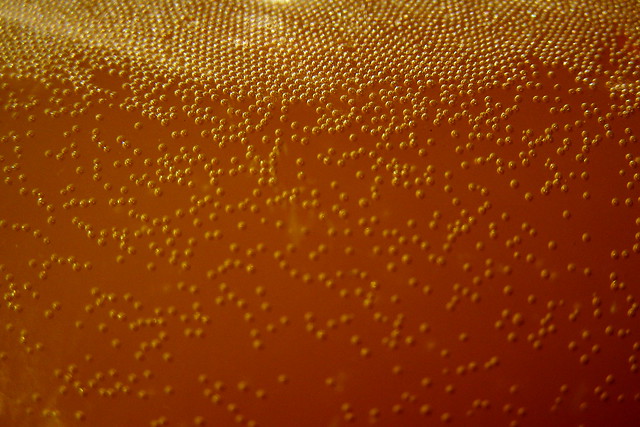 In a deeper dive about the history of yeast on Think Write Publish, entitled “For the Love of Yeast: A little cell at the cutting edge of big science,” by Molly Bain and Niki Vermeulen, in Chapter 2, they discuss Schwann, Pasteur and others unlocking the secrets of yeast’s role in fermentation:

People had been using yeast—spooning off its loamy, foamy scum from one bread bowl or wine vat and inserting it in another—for thousands of years before they understood what this seething substance was or what, exactly, it was doing. Hieroglyphs from ancient Egypt already suggested yeast as an essential sidekick for the baker and brewer, but they didn’t delineate its magic—that people had identified and isolated yeast to make bread rise and grape juice spirited was magic enough. As the great anatomist and evolutionary theory advocate Thomas Henry Huxley declared in an 1871 lecture, “It is highly creditable to the ingenuity of our ancestors that the peculiar property of fermented liquids, in virtue of which they ‘make glad the heart of man,’ seems to have been known in the remotest periods of which we have any record.”

All the different linguistic iterations of yeast—gäscht, gischt, gest, gist, yst, barm, beorm, bären, hefe—refer to the same descriptive action and event: to raise, to rise, to bear up with, as Huxley put it, “‘yeasty’ waves and ‘gusty’ breezes.” This predictable, if chaotic and muddy, pulpy process—fermentation—was also known to purify the original grain down to its liquid essence—its “spirit”—which, as Huxley described it, “possesses a very wonderful influence on the nervous system; so that in small doses it exhilarates, while in larger it stupefies.”

Though beer and wine were staples of everyday living for thousands and thousands of years, wine- and beer-making were tough trades—precisely because what the gift of yeast was, exactly, was not clear. Until about 150 years ago, mass spoilage of both commercial and homemade alcoholic consumables was incredibly common. Imagine your livelihood or daily gratification dependent on your own handcrafted concoctions. Now, imagine stumbling down to your cellar on a damp night to fetch a nip or a barrel for yourself, your neighbors, or the local tavern. Instead you’re assaulted by a putrid smell wafting from half of your wooden drums. You ladle into one of your casks and discover an intensely sour or sulfurous brew. In the meantime, some drink has sloshed onto your floor, and the broth’s so rancid, it’s slick with its own nasty turn. What caused this quick slippage into spoilage? This question enticed many an early scientist to the lab bench—in part because funding was at the ready.

In a 2003 article on yeast research in the journal Microbiology, James A. Barnett explains that because fermentation was so important to daily life and whole economies, scientific investigations of yeast began in the seventeenth century and were formalized in the eighteenth century, by chemists—not “natural historians” (as early biologists were called)—who were originally interested in the fermentation process as a series of chemical reactions.

In late eighteenth-century Florence, Giovanni Valentino Fabbroni was part of the first wave of yeast research. Fabbroni—a true Renaissance man who dabbled in politics and electro-chemistry, wrote tomes on farming practices, and helped Italy adapt the metric system—determined that in order for fermentation to begin, yeast must be present. But he also concluded his work by doing something remarkable: Fabbroni categorized yeast as a “vegeto-animal”—something akin to a living organism—responsible for the fermentation process.

Two years later, in 1789 and in France, Antoine Lavoisier focused on fermentation in winemaking, again regarding it as a chemical process. As Barnett explains, “he seem[ed] to be the first person to describe a chemical reaction by means of an equation, writing ‘grape must = carbonic acid + alcohol.’” Lavoisier, who was born into the aristocracy, became a lawyer while pursuing everything from botany to meteorology on the side. At twenty-six, he was elected to the Academy of Sciences, bought part of a law firm specializing in tax collection for the state, and, while working on his own theory of combustion, eventually came to be considered France’s “father of modern chemistry.” The French government, then the world’s top supplier of wine (today, it ranks second, after Italy), needed Lavoisier’s discoveries—and badly, too: France had to stem the literal and figurative spoiling of its top-grossing industry. But as the revolution took hold, Lavoisier’s fame and wealth implicated him as a soldier of the regime. Arrested for his role as a tax collector, Lavoisier was tried and convicted as a traitor and decapitated in 1794. The Italian mathematician and astronomer Joseph-Louis Lagrange publicly mourned: “It took them only an instant to cut off his head, and one hundred years might not suffice to reproduce its like.”

Indeed, Lagrange was onto something: the new government’s leaders were very quickly in want of scientific help for the wine and spirits industries. In 1803, the Institut de France offered up a medal of pure gold for any scientist who could specify the key agent in the fermenting process. Another thirty years passed before the scientific community had much of a clue—and its discovery tore the community apart.

By the 1830s, with the help of new microscope magnification, Friedrich Kützing and Theodor Schwann, both Germans, and Charles Cagniard-Latour, a Frenchman, independently concluded that yeast was responsible for fermenting grains. And much more than that: these yeasts, the scientists nervously hemmed, um, they seemed to be alive.

Cagniard-Latour focused on the shapes of both beer and wine yeasts, describing their cellular bulbous contours as less like chemical substances and more resembling organisms in the vegetable kingdom. Schwann pushed the categorization even further: upon persistent and continued microscopic investigations, he declared that yeast looks like, acts like, and clearly is a member of the fungi family—“without doubt a plant.” He also argued that a yeast’s cell was essentially its body—meaning that each yeast cell was a complete organism, somewhat independent of the other yeast organisms. Kützing, a pharmacist’s assistant with limited formal training, published extensive illustrations of yeast and speculated that different types of yeast fermented differently; his speculation was confirmed three decades later. From their individual lab perches, each of the three scientists concluded the same thing: yeast is not only alive, but it also eats the sugars of grains or grapes, and this digestion, which creates acid and alcohol in the process, is, in effect, fermentation.

This abrupt reframing of fermentation as a feat of biology caused a stir. Some chemist giants in the field, like Justus von Liebig, found it flat out ridiculous. A preeminent chemistry teacher and theorist, von Liebig proclaimed that if yeast was alive, the growth and integrity of all science was at grave risk: “When we examine strictly the arguments by which this vitalist theory of fermentation is supported and defended, we feel ourselves carried back to the infancy of science.” Von Liebig went so far as to co-publish anonymously (with another famous and similarly offended chemist, Friedrich Wöhler) a satirical journal paper in which yeasts were depicted as little animals feasting on sugar and pissing and shitting carbonic acid and alcohol.

Though he himself did little experimental research on yeast and fermentation, von Liebig insisted that the yeasts were just the result of a chemical process. Chemical reactions could perhaps produce yeast, he allowed, but the yeasts themselves could never be alive, nor active, nor the agents of change.
Von Liebig stuck to this story even after Louis Pasteur, another famous chemist, took up yeast study and eventually became the world’s first famous microbiologist because of it.

These long-term investigations into and disciplinary disputes about the nature of yeast reordered the scientific landscape: the borders between chemistry and biology shifted, giving way to a new field: microbiology—the study of the smallest forms of life. 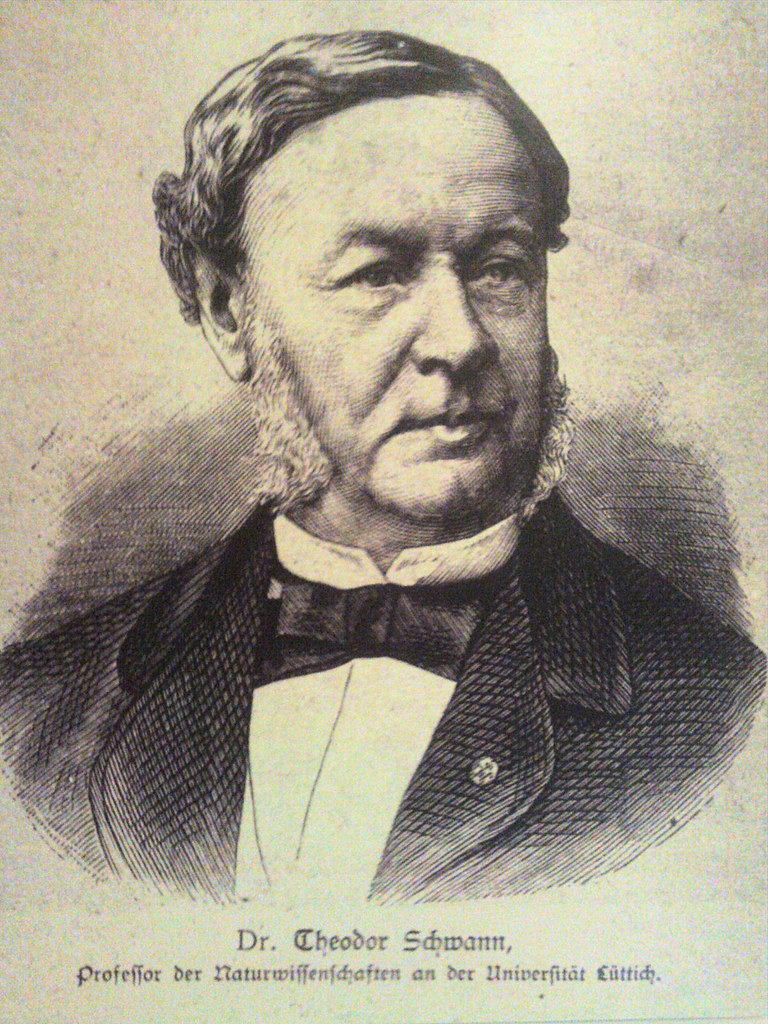