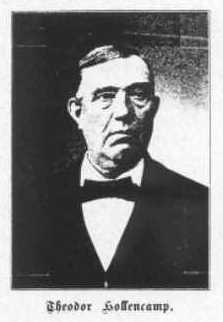 This biography is from A Brief History of the Hollenkamp Family, by H. Robert Schoenberger:

Early Years in America: Theodore Hollencamp Sr. was born in November, 1834 in Hanover, Germany. He was the son of Henry H. and Kate (Gerling) Hollencamp.

In 1870, he married Miss Anna Tepe in Cincinnati. She, likewise, was born in Hanover, Germany. It is interesting to note they knew each other while growing up in Hanover, but at that time there was no thought of marriage. They had six children, Anna, Elizabeth (Fr. Charles’s mother), Lena, Katie, Theodore (our “Co-Founder”), and Benjamin.

Brewery Business: The Xenia uncle died in 1871, and Theodore Sr. moved his family to Dayton where he worked in a brewery. In 1885, he and a John Aleschleger established a partnership, which was known as the Dayton Ale Brewery. This partnership was short-lived, and, two years later, Mr. Aleschleger’s position was assumed by a Henry Kramer. Eventually in July, 1885, he bought out this partner and became the sole owner of the brewery. Thus began the Hollencamp Brewing Co.

The plant was located at the corner of Brown and Hickory. Chiefly, ale and porter were produced, and the annual production was about 5,000 barrels, consumed mostly in Dayton.

An early article on Theodore Hollencamp Sr. described the family as “members of Emmanuel Catholic Church and standing well in the esteem of the community”. The article went further in describing Theodore Sr. as “having achieved a creditable success in business, having begun his life in Cincinnati without a dollar, and being now one of the solid capitalists of Dayton. He is broad-minded and open hearted, ever ready to give assistance to the needy and to aid all enterprises for the public good.” He was known as a staunch Democrat, but he never ran for public office.

His son, Theodore Jr., who we have lovingly called our “Co-Founder” when writing about this reunion, assumed the presidency of The Hollencamp Brewing Co. upon the death of his father in 1901. He was only 19. 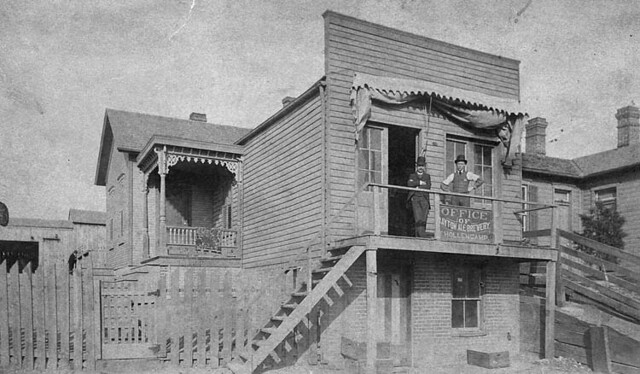 And here’s another short biography: 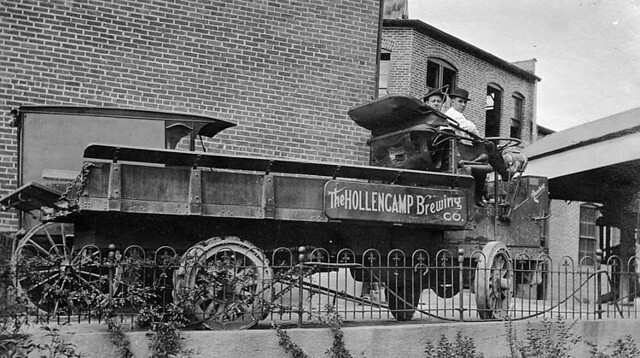 And this short biography is from Breweries of Dayton – A toast to brewers from the Gem City: 1810-1961:

Theodore was born to Henry H. and Kate (Gerling) Hollencamp in Hanover, Germany on November 2, 1834 At the age of twenty-four he came to the United States and lived in Cincinnati, Ohio, working at any odd jobs he could find, until he finally found a position in the brewery industry, and set out to learn the trade. After thirteen years he moved to Xenia, Ohio where he worked with his uncle in the brewery business. When his uncle passed away in 1871 Theodore decided to move on to Dayton.

In 1885 Theodore, along with his partner John F. Oehlschlager, established the Dayton Ale Brewery.

Theodore married Anna Tepe on November 22, 1870 in Cincinnati. They had six children. Theodore was a member of the Emanuel Catholic Church of Dayton, as well as a great supporter of the St. Joseph’s Orphanage.

Theodore passed away on June 21, 1902, leaving his wife to carry on the brewery business.

And this about the brewery from the same source.

Theodore Hollencamp and John F. Oehlschlager opened the Dayton Ale Brewery in 1885 at 816 South Brown Street, on the location of the old Ohio Brewery. The two-story plant had a 10,000-barrel capacity, which needed a fifteen horsepower engine to supply the enormus amount of power to run the equipment. There was also a separate bottling plant where they bottled their own products of ale and porter. Oehlschlager sold his share to Henry Kramer in 1888, using the profits to open the Gem City Ale House, a beer distributing center for Cincinnati Brewing Company and Xenia and Morrow Ales. Kramer stayed on for seven years before selling his shares of the business to his partner, Theodore Hollencamp. Kramer used the money to begin his own street sprinkling business. Theodore ran the business on his own until his death in 1902. His wife, Anna, took over that same year, changing the name of the company to Hollencamp Ale Brewing Company. The output of the plant was exclusively ale and porter, with the brewery producing about 5,000 barrels year.

From 1907 until prohibition the brewery was run by Theodore Hollencamp, Jr. The brewery stayed in business during prohibition by making soft drinks, cereal beverages (near beer) and ice. 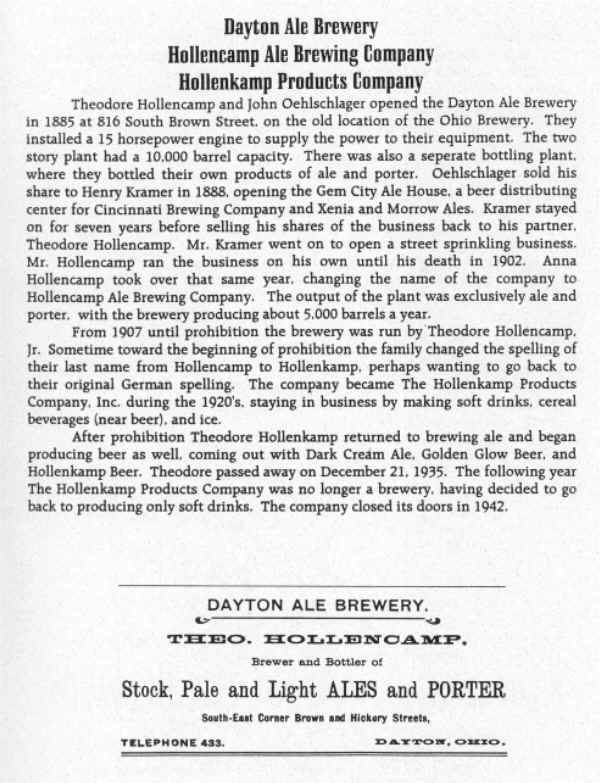 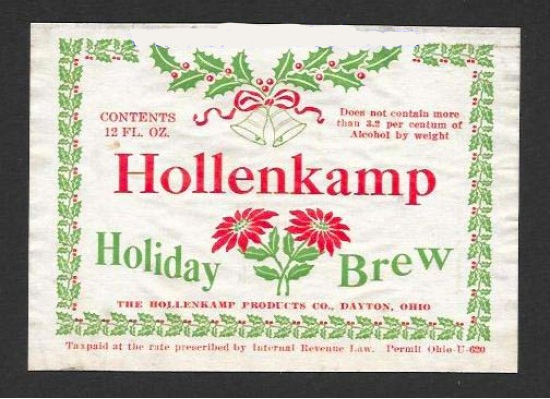