Today is International Tongue Twister Day, a day to celebrate those expressions that tend to tie your tongue in knots. A tongue-twister is defined as “a phrase that is designed to be difficult to articulate properly, and can be used as a type of spoken (or sung) word game. Some tongue-twisters produce results which are humorous (or humorously vulgar) when they are mispronounced, while others simply rely on the confusion and mistakes of the speaker for their amusement value.” Here are several I managed to uncover that involve beer. Enjoy.

Rory the warrior and Roger the worrier were reared wrongly in a rural brewery.

An old seabear sits on the pier and drinks a pint of beer.

A canner can can anything that he can,
But a canner can’t can a can, can he?

Do drunk ducks and drakes drown?

The bitters Betty Botter bought could make her batter bitter, so she thought she’d better buy some better bitters! 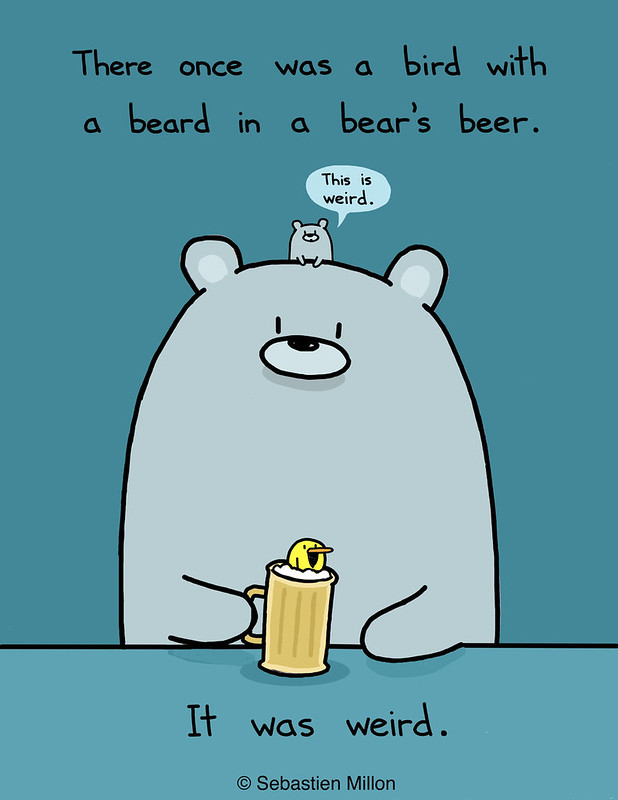 Note: the blue circle is the pump handle for Ad Hop Tongue Twister, a beer from Ad Hop Brewing in Liverpool, England.