You are here: Home / Uncategorized / Italian Brew At Russian River

Vinnie and Natalie Cilurzo, while attending a Slow Food event in Torino in late 2006, befriended Agostino Arioli, who opened one of Italy’s earliest craft breweries. His brewery, Birrificio Italiano, makes a unique beer, La Fleurette, whose varied ingredients include flowers, black pepper and orange blossom honey. Agostino is in California this week for the world Beer Cup and the Craft Brewers Conference which begins next week in San Diego. But yesterday, he was in Santa Rosa visiting his friends at their brewery, Russian River Brewing. The plan was to brew his La Fleurette beer at Russian River, trying to approximate it as best they could using a different brew system. I spent the day documenting the brewing process. There are three galleries and approximately 54 photos of brewing the La Fleurette and the story of the beer, too. Start with gallery one and follow along as I present Brewing La Fleurette at Russian River. At the end of each gallery, there’s a link to the next part of the story, through three separate pages. Enjoy. 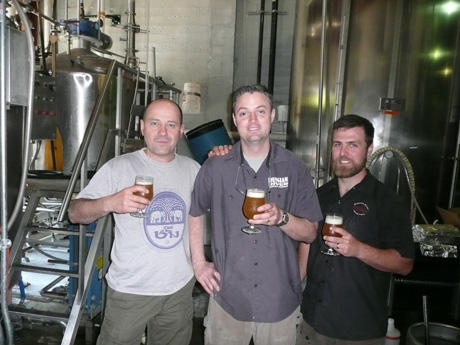 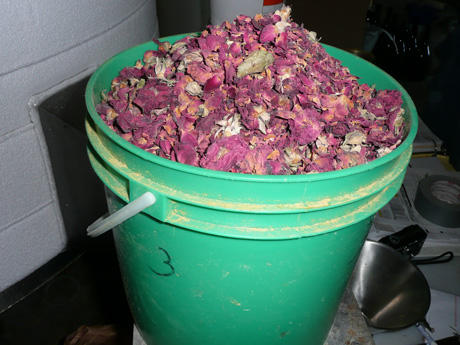 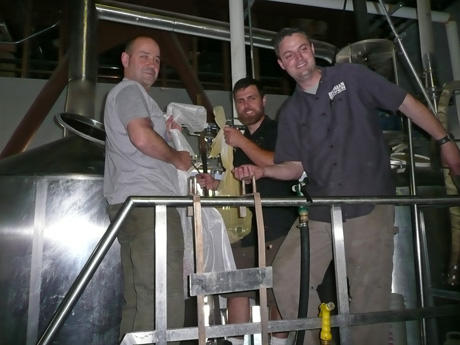 At the point during the boil where dry-hopping normally occurs, the flowers are added along with orange blossom honey and black pepper.

For many more photos of the La Fleurette brew day at Russian River, start with Part 1.