The past 5 years has been a great ride with Knee Deep Brewing. From my half bbl home brew in my garage to 11,000 bbl in an 18,000 sq. ft. warehouse! I want to thank each and every one of you for your support and encouragement.

Your constant kind words and criticism keeps us Brewers on our toes in making the best beer possible.

With that said, it is with a bittersweet feeling that I’m announcing my separation from Knee Deep Brewing effective August 3rd.

Don’t freak out! I will be announcing my new project soon!

I will not disappoint!!

So it sounds like he’s already cooked another project and will leave Knee Deep intact, which is great. Join me in wishing him well on his next adventure.

UPDATE: The Sacramento Beer published a follow-up yesterday about Jeremy’s resignation that includes speculation that he’ll be opening his own brewery, which naturally is what we’re all thinking. But co-founder Jerry Moore, who’s also apparently the majority owner of Knee Deep, states “he was not surprised by Warren’s decision and he insisted that Knee Deep will not skip a beat.” He then adds this:

“Knee Deep owns those recipes and I own Knee Deep,” said Moore, noting that Warren has been a minority owner. “Knee Deep will continue to make all of the beers we’ve been making. We have four full-time brewers who have been making these beers.”

I don’t want to read too much into that statement, especially since I don’t know Jerry Moore, but it’s hard not to see it as inferring an issue or issues that led to Warren’s departure. 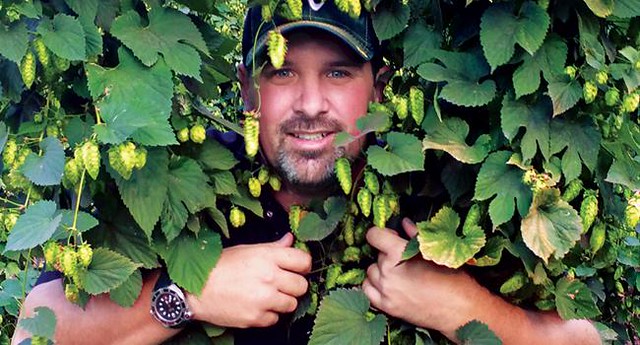 Jeremy Warren from a recent article in Sacramento Magazine.