You are here: Home / Beers / A Link-Bait Manifesto

This morning I got a press release from the P.R. Firm for a well-known men’s magazine that was so obviously link-bait, that I almost didn’t even want to read it. I won’t say who or what, mostly because I’m tired of playing into their hands, but most of you will no doubt be able to figure it out.

It’s something I’ve been guilty of time and time again. When I see something that annoys me, or strikes me as being wrong on some level, I often feel compelled to intercede. I’m seeking help.

A few years ago, I definitely would have penned an angry response, pointing out the flawed reasoning, or what have you. But I think I’m done, at least I hope so. I was bcc’d (thankfully) so I have no way of knowing just how many people the P.R. firm was trying to bait with their e-mail, but I suspect it was a lot of people. The e-mail itself used the most incendiary quotes from the piece, obviously designed to raise the hackles of the beer community and rally support against the piece, all in an effort to get thousands of people to visit the website and get their hit count going through the roof. 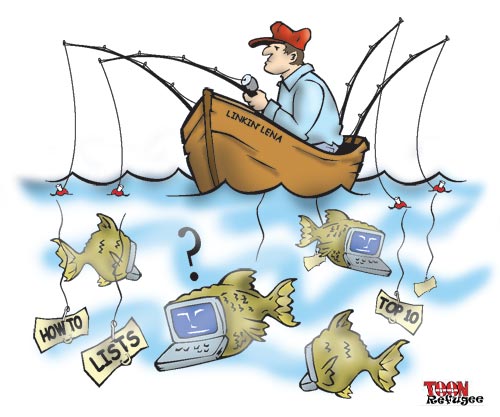 Essentially, this has become a strategy on the internet. Say something incendiary, and reap the rewards. Maybe some of the people actually believe what they’re writing, but I get the sense that even if that’s the case, they do it in such a way as to maximize the outrage, and thus insure a greater number of responses. Often, I think, the extreme position taken is done precisely to get a rise out of people. I think it’s become a variation of the old saw about there being no such thing as bad publicity, in this case more along the lines of as long as people are clicking on the link, it doesn’t matter what they say or whether it’s even true or not. All that matters is the hit count. Oscar Wilde was saying something similar in the 19th century. “The only thing worse than being talked about is not being talked about.”

Sadly, there are all sorts of helpful websites explaining just how to accomplish this. See, for example, the SEO Guide to Creating Viral Linkbait, The Marketer’s Ultimate Guide to Link Bait, or SEO Advice: linkbait and linkbaiting. There’s even a helpful infographic and a link bait title generator. While most of them insist that not all link bait is bad, in our little part of the interwebs, that hasn’t been my experience.

I think I’ve just grown weary of hearing why the bubble is about to burst, or why you hate hops or beer with flavor, or that you drink your beer out of a plastic cup as god intended. Please, stop. Okay, I’m certain that won’t work. No plea for sanity every has. So instead I’d like to propose that we all agree to ignore them. That’s really the only way to make them stop. If we all ignore the link bait, and they don’t get the expected backlash they’re hoping for, then they’ll have no choice but to stop trying.

Having a different opinion or wanting to spark a meaningful discussion about it will remain an excellent reason to pen a thoughtful blog post or article. But taking an opinion that’s designed to provoke outrage with inflammatory language, fringe positions, or by insulting entire swaths of people has no place in the marketplace of ideas that the beer blogosphere should aspire to. Just say know. 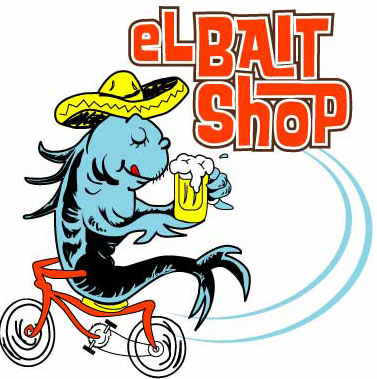