Today in 1918, Lithuania declared their Independence from Russia and the German Empire. 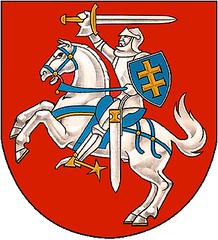