Tenth and Blake Beer Company, the craft and import division of MillerCoors, announced today an agreement to obtain a majority interest in Eugene, Ore.-based Hop Valley Brewing Company. Hop Valley is known as a leader in the IPA space, producing a wide variety of acclaimed beers including Alphadelic, its flagship IPA, Citrus Mistress and Alpha Centauri.

“We are very proud of what we have achieved to date, and even more excited about the future for our company and our employees,” said Charles “Chuck” Hare, Hop Valley Brewing Company co-founder. “From the get-go, it has always been about the beer, and we are looking forward to working with Tenth and Blake to get our beers – made right here – to even more consumers.”

Since opening their original brew pub in Springfield, Ore. in 2009, Hop Valley has stayed true to its name producing award-winning IPAs throughout the Pacific Northwest region. The brewer has since added to its production with a 30,000-square-foot brewery and tap room in Eugene, Ore. and currently distributes in Oregon, Washington, California, Idaho and Vermont.

“We’re thrilled to join forces with the Hop Valley team, to add an incredible roster of brands that complement our portfolio perfectly,” said Scott Whitley, president and CEO of Tenth and Blake. “I’m looking forward to working with Chuck and his team to support the continued growth and success of their innovative IPAs and award-winning beers.”

“This is a great opportunity for us and our brewery,” said Trevor Howard, Hop Valley co-founder and brewmaster. “We will continue to craft all of our core brands and innovate with seasonal and small-batch brews like we always have – with the same commitment to quality, taste, and creativity.”

Hop Valley Brewing Company will operate as a separate business unit of Tenth and Blake. The management team at Hop Valley will continue to lead the business and will retain an ownership interest. The transaction is expected to complete in the third quarter of 2016. The terms of the transaction were not disclosed. 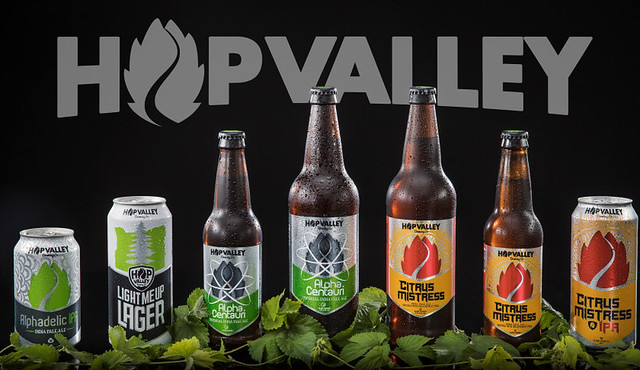 This is actually the second acquisition this month for Tenth and Blake, MillerCoors’ craft division. Back in 2011, they bought a minority stake in Georgia’s Terrapin Brewing, but last week they acquired a majority stake.