Today in 1892, US Patent 468258 A was issued, an invention of William Painter, for his “Bottle-Sealing Device.” There’s no Abstract, and it’s funny to see it called a “bottle-sealing device,” when essentially it’s simply a crown or bottle cap. Is it possible that the term had not yet been coined at this point? Painter in his application described his device:

For use with any suitable sealing medium, whether in the form vof a plug or a disk, or a combined disk and plug, applied at or in the mouth of a bottle, I have devised metallic sealing-caps embodying certain novel characteristics which render them highly effective and so inexpensive as to warrant throwing them away after a single use thereof, even when forcible displacement, as in opening bottles, has resulted in no material injury to the caps.

I have seen his name linked to the invention of crowns, so these may be the very first ones. 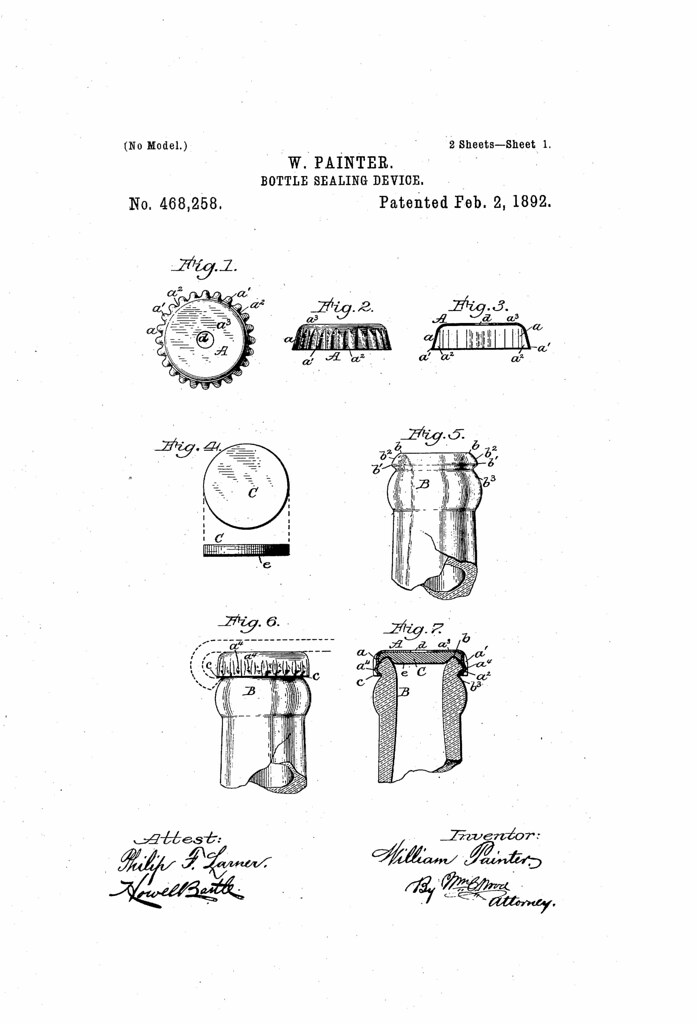 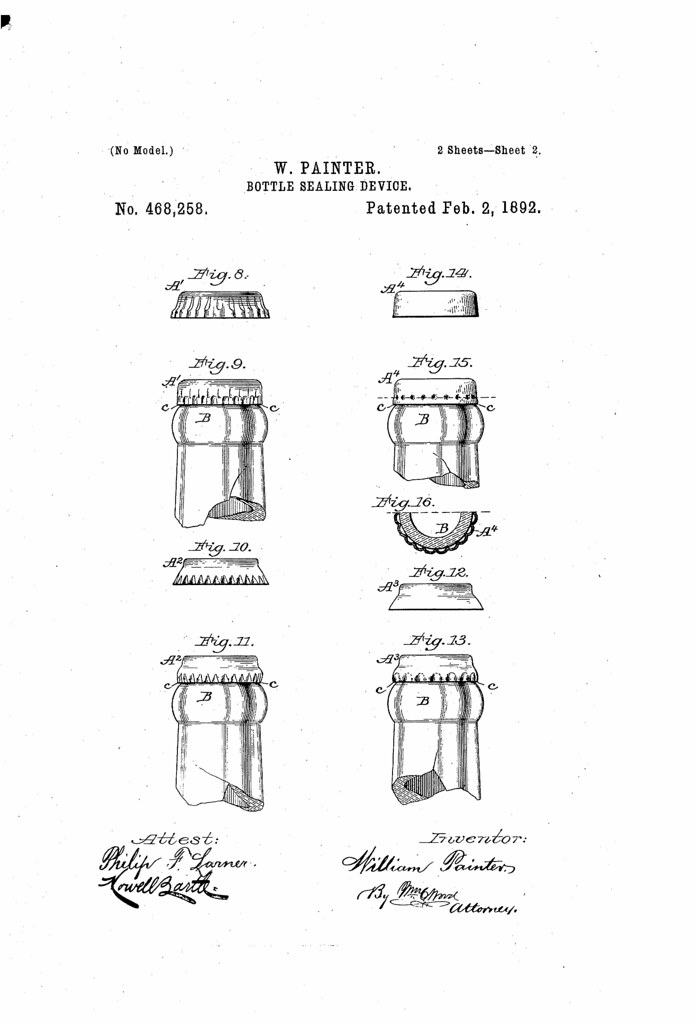