Today was Drake’s 1st annual Beer Festival & Washoes Tournament in San Leandro. The festival involved 19 beers all made with the same hop — Summit — but with each brewery free to use whatever malt, yeast and water they wanted. Essentially, these were all single hop beers. I was fortunate enough to judge the beers and it’s certainly very interesting to see what different brewers will do with the same recipe and the same hop. 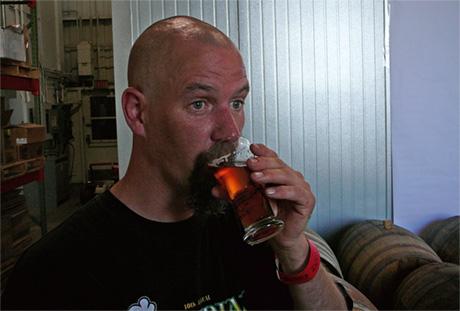 Rodger Davis, head brewer at Drake’s enjoys a pint of his own. 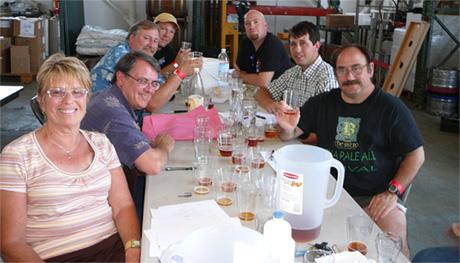 The judges. Clockwise from bottom left: Judy Ashworth, Bill Tarchala, me, Craig Cauwels of Schooner’s, David Hopgood of Stone, [I never did catch his name] and Paul Marshall, who ran the competition. 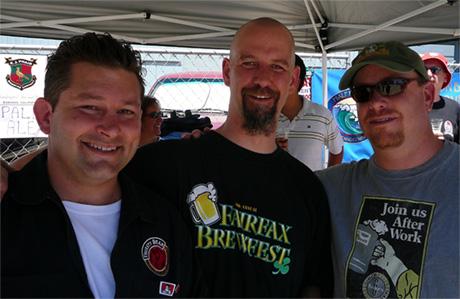 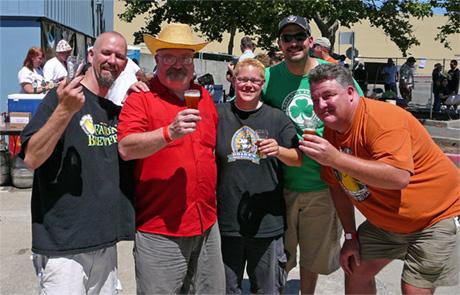 The Washoes Tournament gets underway. 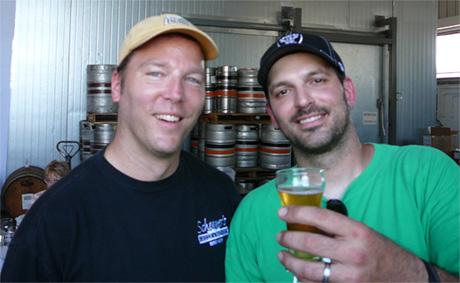 Craig Cauwels from Schooner’s and James Costa from Moylan’s. 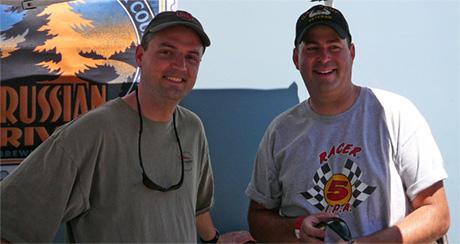 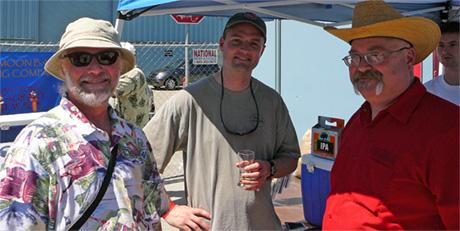 Alec Moss from Half Moon Bay Brewing with Vinnie Cilurzo and Dave Keene. 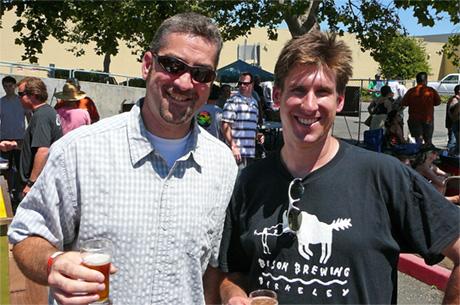 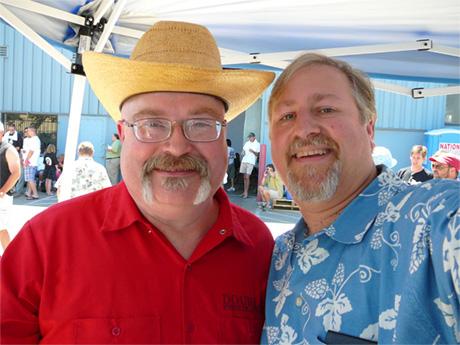 Dave Keene and me.