I just heard that Don Younger, owner of the Horse Brass in Portland, passed away last night around 12:30 a.m. He will be greatly missed. The craft beer community has lost one of its earliest and most ardent supporters, and a great friend to so many of us. Here’s to you, Don.

I just spoke to Lisa Morrison, who was up very late, first at the Hospital and then out with friends toasting and celebrating Don Younger’s life. Though nothing definite has been decided, it’s likely there will be a charity wake at some point soon. One story she told me seemed to sum it up best. There was a parade of visitors at the hospital going in, one at a time, to visit Don, and the nurse asked who Don was, to which Lisa replied “he was our Messiah.” Amen. 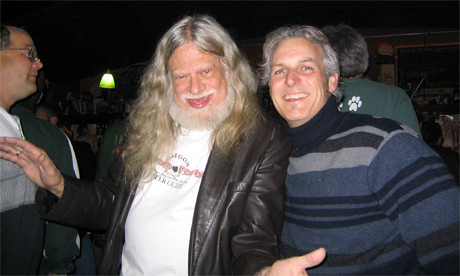 Below is an interview Tom Dalldorf of the Celebrator Beer News did along with Lisa Morrison for the 30th anniversary of the Horse Brass.