You are here: Home / Beers / Stay Snowed In For The Next Session

For our 108th Session, our host will be Jon Abernathy, who writes the Brewsite in Bend, Oregon. For his topic, he’s asking us to consider being Snowed In, which is in fact his topic. Jon goes on to explain what he means by that in his announcement for the February Session: 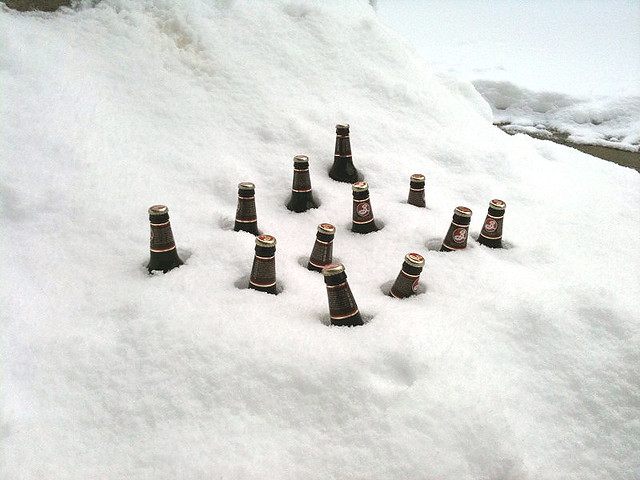 The theme is “Snowed In,” and I want it to be open-ended. It’s the first week of February—we are solidly in the grip of the winter, which means hunkering down from the cold and, depending on where you live, waiting for warmer days to thaw out the ice and snow. But perhaps it’s one of those winters, where the snow starts falling… and falling… and falling some more, and the next thing you know, schools are closed, there’s four or more feet of snow on the ground—and you are effectively snowed in and not going anywhere.

For those of you living in the southern climes who don’t have snow to worry about, perhaps it’s some other stormy situation keeping you indoors—hurricanes or tropical storms, for instance. You tell me—I live northerly!

So what’s next? That is what I want you to write about—as it pertains to beer, of course! Not sure where to start? Here are some suggestions to hopefully inspire some ideas:

I hope these can get you started, but feel free to write about whatever you like, as long as it has something to do with beer and being snowed in, on Friday, February 5.

So what does winter mean for your beer consumption. Does it go up or down. Does being stuck indoors effect it? And how does the weather change what you choose to drink? Lots of questions but since these beers won’t drink themselves and you won’t find any answers until you start drinking, I guess you know what to do. To participate in the February Session, leave the link to your post in a comment to the original announcement on or before Friday, February 5. 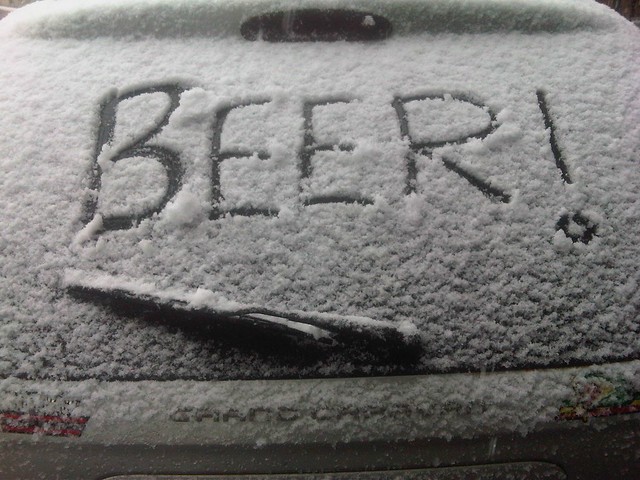