Look, up in the sky … it’s a bird … it’s a plane … it’s a beer? Here’s a fun design project by Orlando, Florida graphic designer Marcelo Rizzetto. He’s taken the superheroes from the Justice League of America (JLA), and designed a beer for each of them. He’s calling the series Super Hero Beers, and so far he’s done seven of the members (eight counting the twins), with more promised. 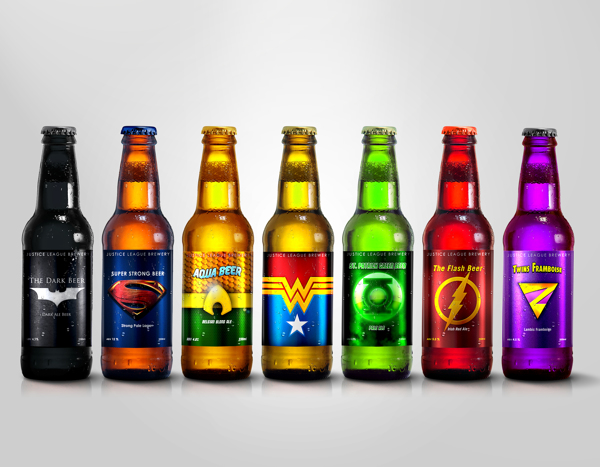 While Rizzetto is a professional graphic designer, this project was undertaken just for the fun of it. In trying to imagine which beer might represent each superhero, he’s made a few missteps with the names of the beers, but overall it is a lot of fun to see.

I can’t imagine Warner Brothers (who owns DC Comics, which in turn owns the characters) would ever license any alcoholic product for the JLA, because they’ve been very fussy about it, even recalling the cover of Action Comics #869 in 2008 because it showed Superman possibly sharing a beer with his stepfather. But in 2012, inside of Actions Comics #15 (Vol. 2) Superman is shown drinking a toast with a bottle of wine, so perhaps they’ve relaxed a little about that. 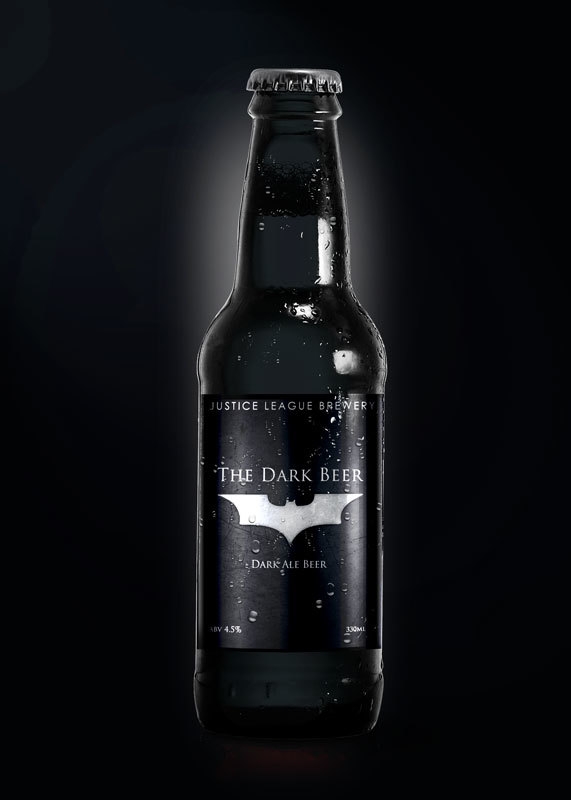 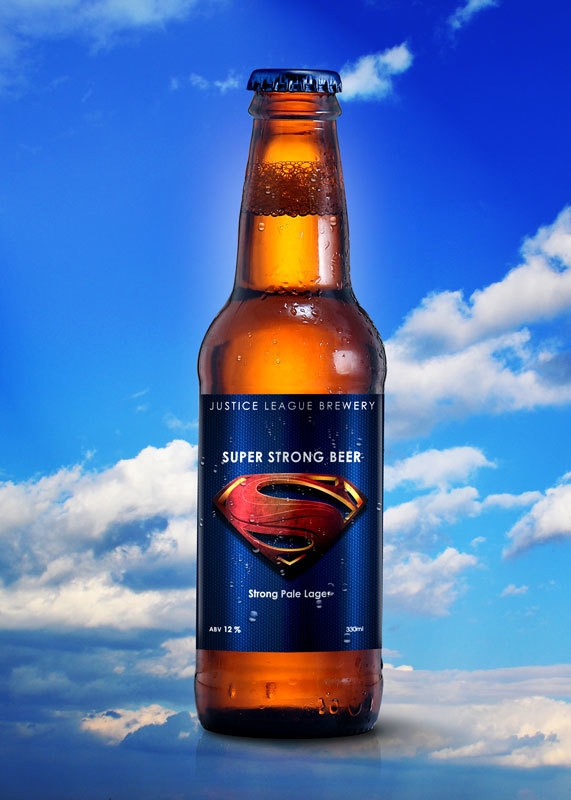 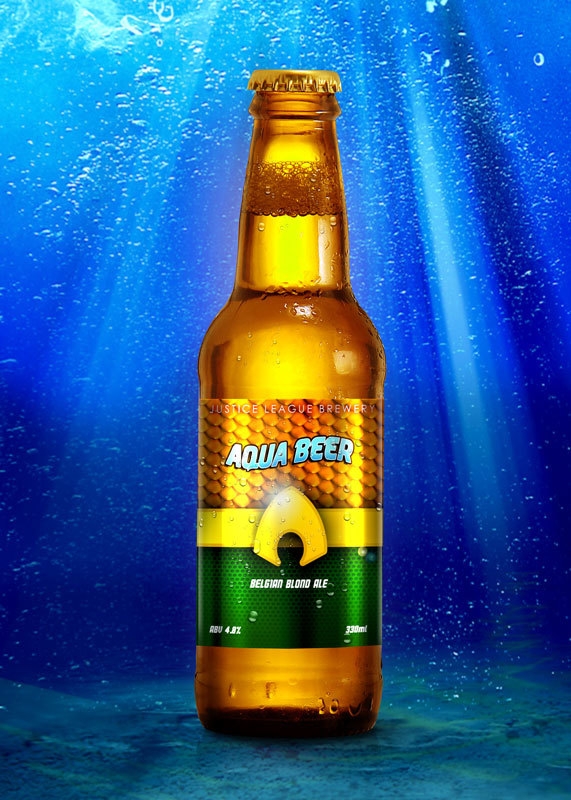 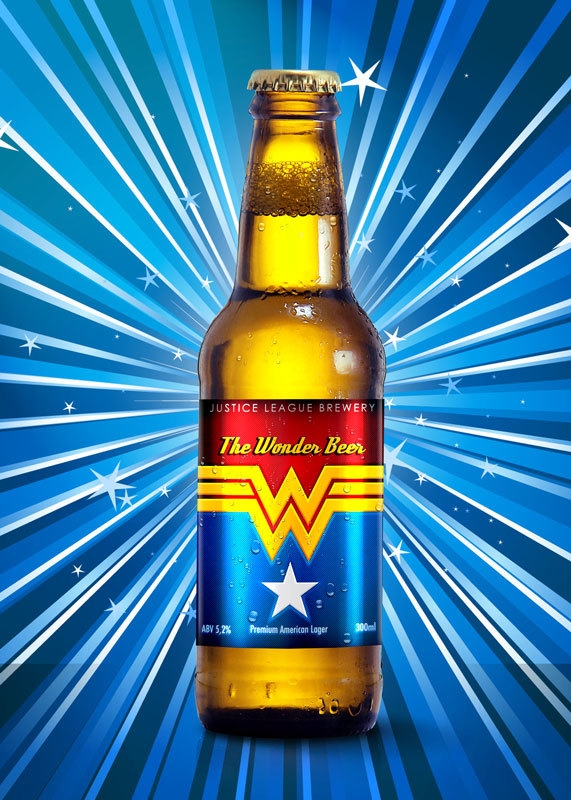 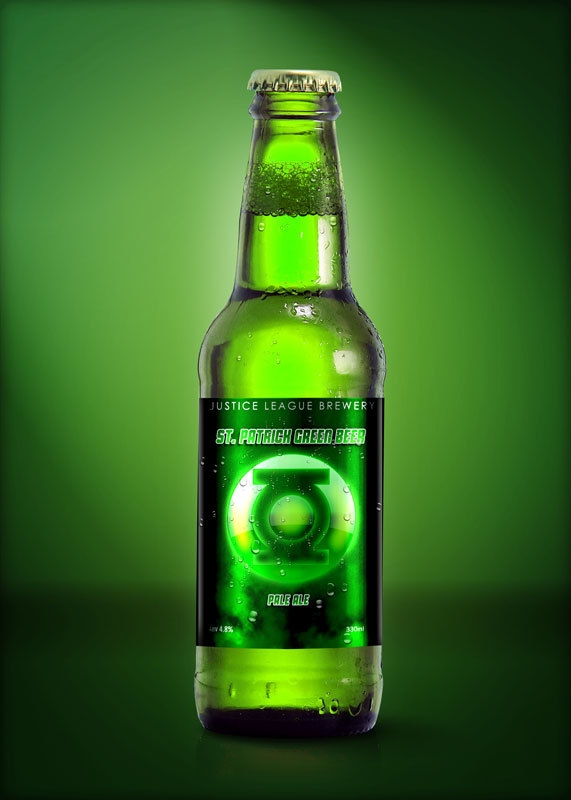 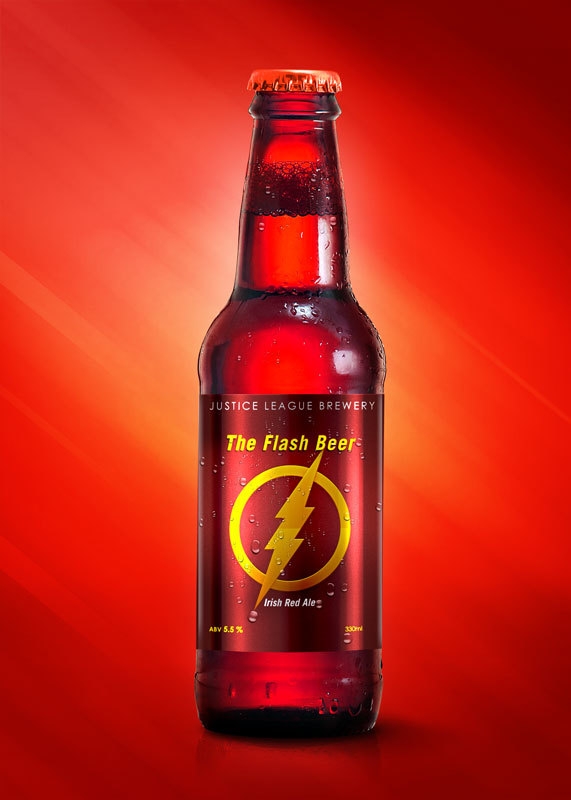 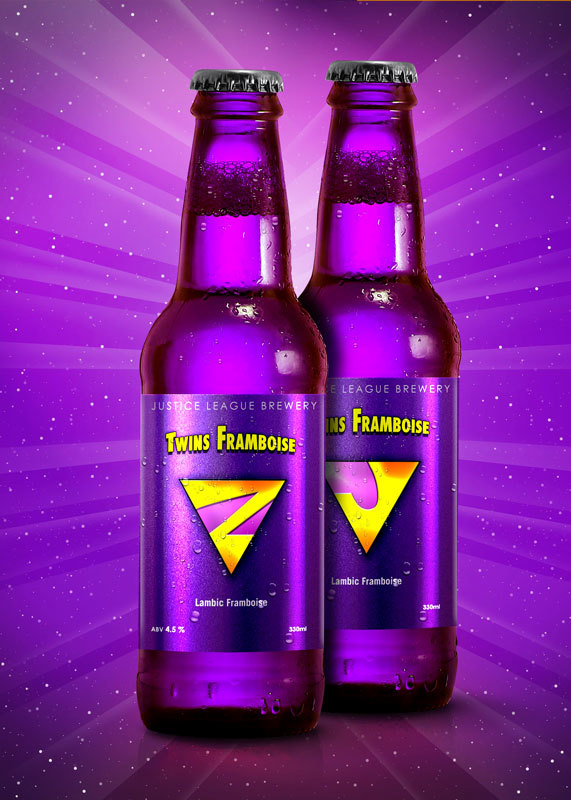