In support of my newly hatched scheme to have a monthly discussion about different types of beer, Typology Tuesday, I offer the second style guide for Bock, which will be our second beer, to take place in February 2016. 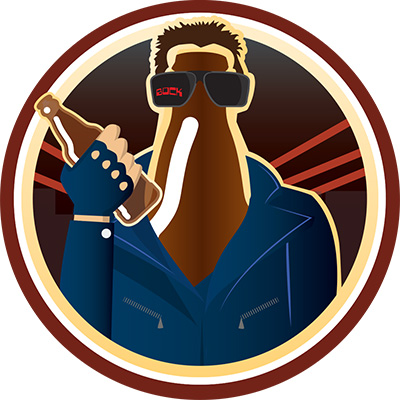 What follows is information about bocks, collected from a variety of sources. If you know of any additional resources about this type of beer, please let me know.

Overall Impression: A dark, strong, malty German lager beer that emphasizes the malty-rich and somewhat toasty qualities of continental malts without being sweet in the finish.

Aroma: Medium to medium-high bready-malty-rich aroma, often with moderate amounts of rich Maillard products and/or toasty overtones. Virtually no hop aroma. Some alcohol may be noticeable. Clean lager character, although the malts can provide a slight (low to none) dark fruit character, particularly in aged examples.

Flavor: Complex, rich maltiness is dominated by the toasty rich Maillard products. Some caramel notes may be present. Hop bitterness is generally only high enough to support the malt flavors, allowing a bit of sweetness to linger into the finish. Well-attenuated, not cloying. Clean fermentation profile, although the malt can provide a slight dark fruit character. No hop flavor. No roasted or burnt character.

Mouthfeel: Medium to medium-full bodied. Moderate to moderately low carbonation. Some alcohol warmth may be found, but should never be hot. Smooth, without harshness or astringency.

Comments: Decoction mashing and long boiling plays an important part of flavor development, as it enhances the caramel and Maillard flavor aspects of the malt. Any fruitiness is due to Munich and other specialty malts, not yeast-derived esters developed during fermentation.

Style Comparison: Darker, with a richer malty flavor and less apparent bitterness than a Helles Bock. Less alcohol and malty richness than a Doppelbock. Stronger malt flavors and higher alcohol than a Märzen. Richer, less attenuated, and less hoppy than a Czech Amber Lager. 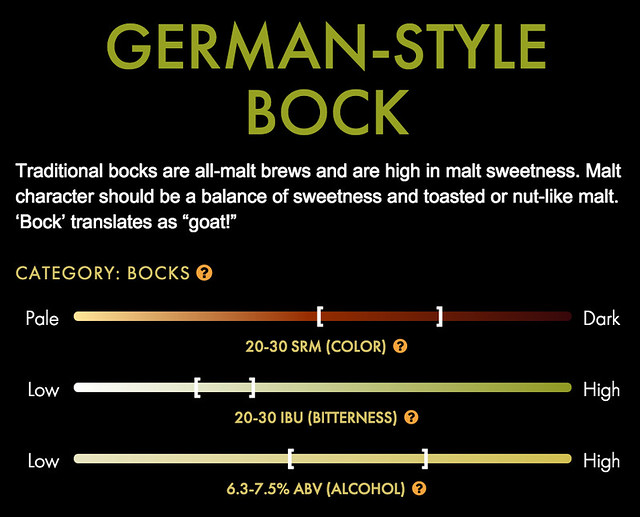 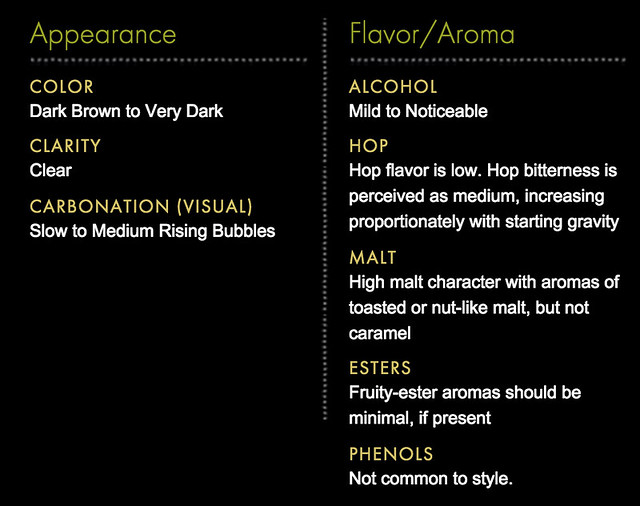 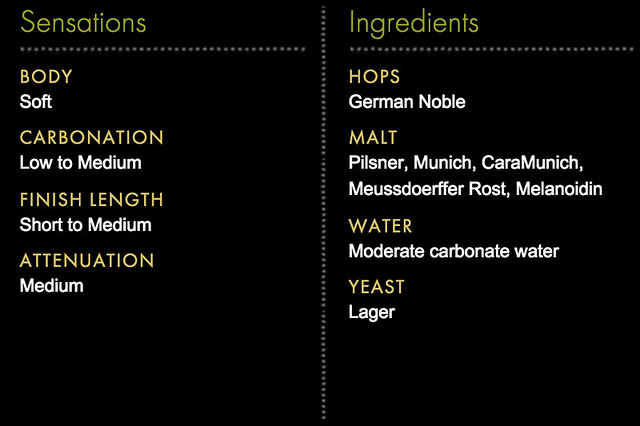 43. Bock
A. Subcategory: Traditional German-Style Bock
Bocks are dark brown to very dark. Traditional bocks are made with all malt, and have high malt character with aromas of toasted or nut-like malt, but not caramel. Fruity-ester aromas should be minimal if present. Diacetyl aroma should not be perceived. Hop aroma is very low. Traditional bocks have high malt sweetness. Malt flavor character should be a balance of sweetness and toasted or nut-like malt, but not caramel. Hop flavor is low. Hop bitterness is perceived as medium, increasing proportionately with starting gravity. Fruity-ester flavors should be minimal if present. Diacetyl flavor should be absent. Body is medium to full. 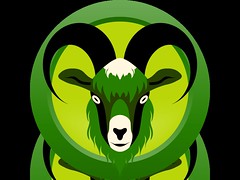 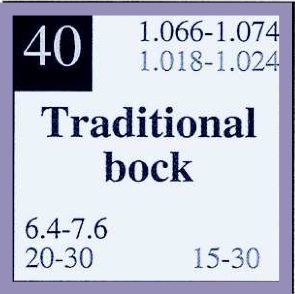 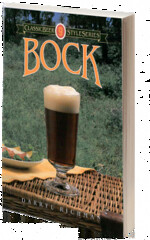 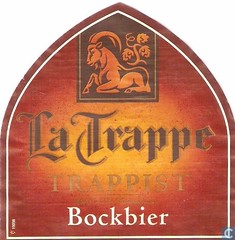 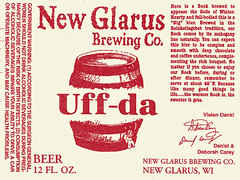 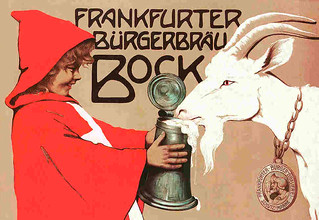 In support of my newly hatched scheme to have a monthly discussion about different types of beer, Typology Tuesday, I offer the first style guide for American Barley Wine, which will be our first beer for January 2016. 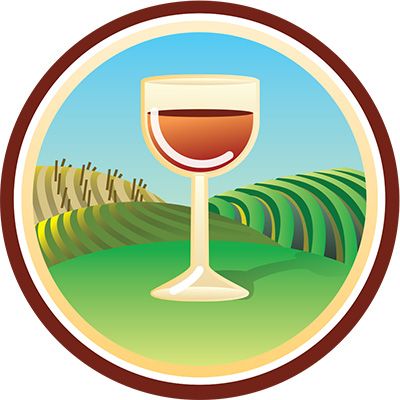 American Barley Wine is one of my favorite styles, and I really miss the days when I judged it for the Toronado Barleywine Festival in San Francisco. Several times I’ve had the pleasure of judging barley wine at both the World Beer Cup and GABF, especially one year when my table did three rounds of barley wine in a row, including the final medal round. That table included Rich Norgrove, from Bear Republic, and George Reisch, from Anheuser-Busch. I love the complexity of barley wines, which make them great sipping, sharing beers. I think of it as one of the quintessential winter beers.

What follows is information about barley wines, collected from a variety of sources. If you know of any additional resources about this type of beer, please let me know.

Overall Impression: A well-hopped American interpretation of the richest and strongest of the English ales. The hop character should be evident throughout, but does not have to be unbalanced. The alcohol strength and hop bitterness often combine to leave a very long finish.

Aroma: Hop character moderate to assertive and often showcases citrusy, fruity, or resiny New World varieties (although other varieties, such as floral, earthy or spicy English varieties or a blend of varieties, may be used). Rich maltiness, with a character that may be sweet, caramelly, bready, or fairly neutral. Low to moderately-strong fruity esters and alcohol aromatics. However, the intensity of aromatics often subsides with age. Hops tend to be nearly equal to malt in the aroma, with alcohol and esters far behind.

Appearance: Color may range from light amber to medium copper; may rarely be as dark as light brown. Often has ruby highlights. Moderately-low to large off-white to light tan head; may have low head retention. May be cloudy with chill haze at cooler temperatures, but generally clears to good to brilliant clarity as it warms. The color may appear to have great depth, as if viewed through a thick glass lens. High alcohol and viscosity may be visible in “legs” when beer is swirled in a glass.

Flavor: Strong, rich malt flavor with a noticeable hop flavor and bitterness in the balance. Moderately-low to moderately high malty sweetness on the palate, although the finish may be somewhat sweet to quite dry (depending on aging). Hop bitterness may range from moderately strong to aggressive. While strongly malty, the balance should always seem bitter. Moderate to high hop flavor (any variety, but often showing a range of New World hop characteristics). Low to moderate fruity esters. Noticeable alcohol presence, but well-integrated. Flavors will smooth out and decline over time, but any oxidized character should be muted (and generally be masked by the hop character). May have some bready or caramelly malt flavors, but these should not be high; roasted or burnt malt flavors are inappropriate.

Mouthfeel: Full-bodied and chewy, with a velvety, luscious texture (although the body may decline with long conditioning). Alcohol warmth should be noticeable but smooth. Should not be syrupy and under-attenuated. Carbonation may be low to moderate, depending on age and conditioning.

Characteristic Ingredients: Well-modified pale malt should form the backbone of the grist. Some specialty or character malts may be used. Dark malts should be used with great restraint, if at all, as most of the color arises from a lengthy boil. New World hops are common, although any varieties can be used in quantity. Generally uses an attenuative American ale yeast.

American Barley Wines are amber to deep red/copper-garnet. Chill haze is allowable at cold temperatures. Fruity-ester aroma is often high. Caramel and/or toffee malt aromas are often present. Hop aroma is medium to very high. High residual malty sweetness, often containing a caramel and/or toffee flavors is present. Hop flavor is medium to very high. American type hops are often used but not necessary for this style. Hop bitterness is high. Complexity of alcohols is evident. Fruity-ester flavor is often high. Very low levels of diacetyl may be acceptable. Body is full. Characters indicating oxidation, such as vinous (sometimes sherry-like) aromas and/or flavors, are not generally acceptable in American-style barley wine ales, however if a low level of age-induced oxidation character harmonizes and enhances the overall experience this can be regarded favorably. 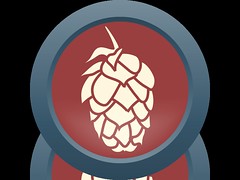 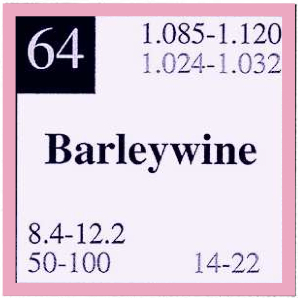 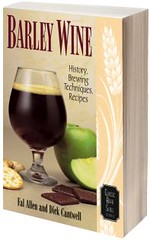 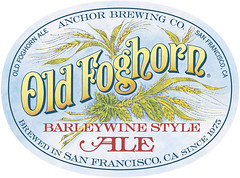 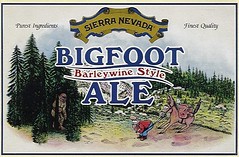 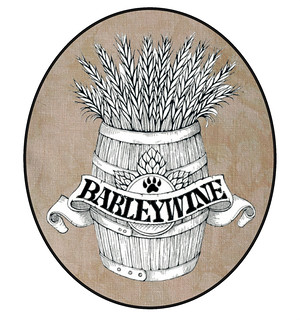