You are here: Home / Art & Beer / The Comforts Of Life

Here’s an interesting piece of history I came across this morning. It’s a hand-colored etching created around 1826, possibly by Henry Heath. This one is plate 3 from a set of 4, all of which apparently relate to alcohol and its effects. It’s believed to have been published by William Cole of 10 Newgate Street in London. An original of the print is in the collection of the Victoria & Albert Museum. It’s certainly an interesting caricature of life in the early 19th century. 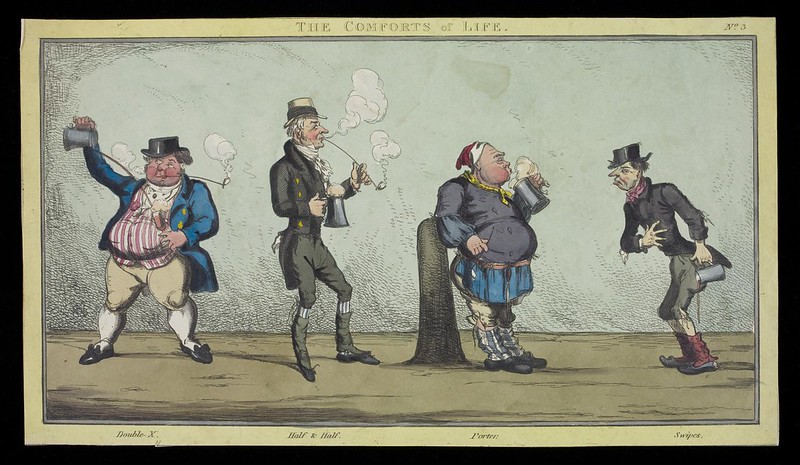 According to the text at the bottom of the print, each of the gentlemen are drinking the following. Double-X / Half & Half / Porter / Swipes (Which appears to be beer that is weak, thin, watery or even spoiled).