You are here: Home / Editorial / The Neo-Prohibitionist Agenda: Punishment Or Profit

Regular bulletin readers know well my disdain for the hypocritical anti-alcohol organizations trying their damndest to remove all alcohol from society or, failing that, make everyone who makes, sells or enjoys alcohol as miserable as they are. Not surprisingly, at the recent Alcohol Policy 16 Conference, which took place in Arlington, Virginia in early April, they revealed just how far their hypocrisy extends yet again.

Logomasini continued her description of the panel discussion:

Rebecca Ramirez of the Bloomberg School of Public Health at Johns Hopkins University presented her qualitative research on the framing of pro-tax messaging for use in lobbying campaigns. It included interviews with policymakers and activists involved in these campaigns. Ramirez’s discussion eventually turned to earmarking, which is apparently the key reason many groups are involved. Officials with one disability advocacy group, she noted, told her flat out they simply didn’t care about the public health impacts of taxes. They were in the game solely to get some of the tax revenue steered toward their organization.

She wonders aloud how that might serve the public good, and it appears she’s not the only one. Surprisingly enough, Bruce Lee Livingston, sheriff of my local anti-alcohol posse Alcohol Justice, disagrees, apparently believing profiting from lobbying efforts does not serve the public health. He takes a different view. Livingston “commented during the question and answer portion that activists are unable to get taxes high enough to actually produce positive public health benefits. Rather, he called for a ‘charge-for-harm’ approach, which is based on the assumption that anyone who drinks deserves to be punished.” That’s the same bullshit approach he took trying to get an additional tax on alcohol in San Francisco in 2010, all but writing the script for Supervisor John Avalos’ ultimately failed Alcohol Mitigation Fee Ordinance.

So, as Angela Logomasini observes, there were only two approaches or reasons to raise alcohol taxes brought up by essentially every neo-prohibitionist group in the country, or at least in attendance. As I’ve been ranting for years now, none of those reasons had anything to do with public health, or safety, or any other lofty goals. These self-proclaimed “public health advocates” only want to raise taxes on alcohol for two reasons: either to enrich themselves and profit from the alcohol companies their groups target or to punish every single person who dares to enjoy a pint of beer or glass of wine. And yet they still maintain non-profit status.

If nothing else, this should teach us that like many modern charitable organizations, they’ve strayed very far from their original purpose and self-preservation and profit are their only motives now. As I’ve said many, many times, they need a reason to exist and so they keep reinventing themselves in order to survive and keep their — in the parlance of Mel Brooks’ Blazing Saddles — phony baloney jobs. And so raising money becomes the driving force, not any interest in bettering the world, instead just pandering to their members’ fears, paranoia and prejudices. And if all of us who enjoy beer, and drink responsibly, get punished in the process, so what? Apparently, that’s just a bonus. 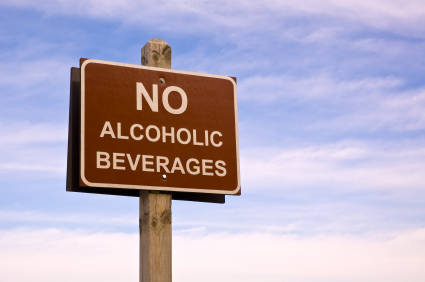