Sunday’s ad is for “Hamm’s,” from 1980. This ad was made for Hamm’s Brewing, which was founded in 1865 by Theodore Hamm in St. Paul, Minnesota. At its peak, it was the 5th largest brewery in America, and operated facilities in five cities, including San Francisco, L.A., Baltimore and Houston, in addition to the original brewery in Minnesota. This ad uses the long-running character Sascha, better known as the Hamm’s Bear, a cartoon mascot that the brewery began using in 1952 to great success, and only stopped using in 2000. This one shows a football game between the Bears and the Beavers, although it’s the Green Bay Packers whose helmet is at the bottom of the ad. The tagline is “Tackle your thirst … with a cool, frosty Hamm’s.”

Today is the 55th birthday of Rob Fuller, who’s the executive director of the Arizona Craft Brewers Guild. Before that he was the president of the Arizona Society of Homebrewers and was one of the writers online at the Beer PHXation Blog. Rob’s doing great things for Arizona beer and he’s always fun to run into at various beer events throughout the year. Join me in wishing Rob a very happy birthday. 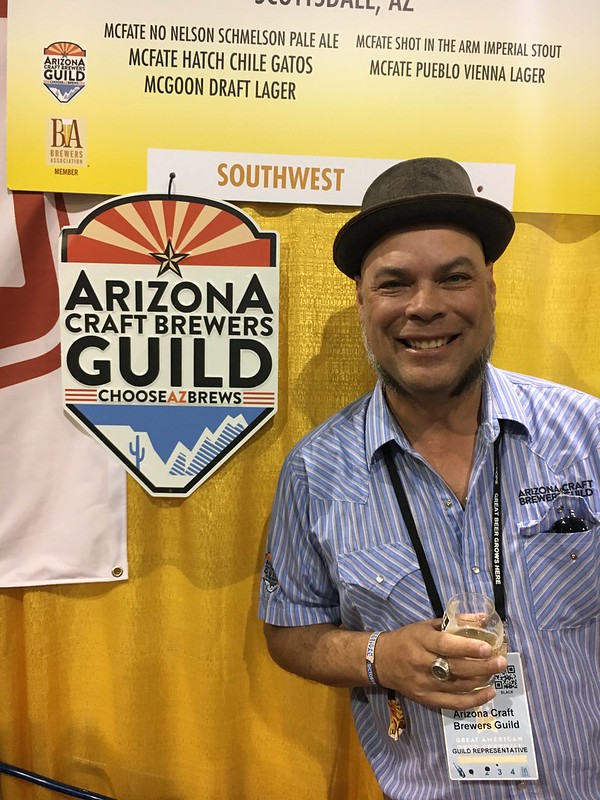 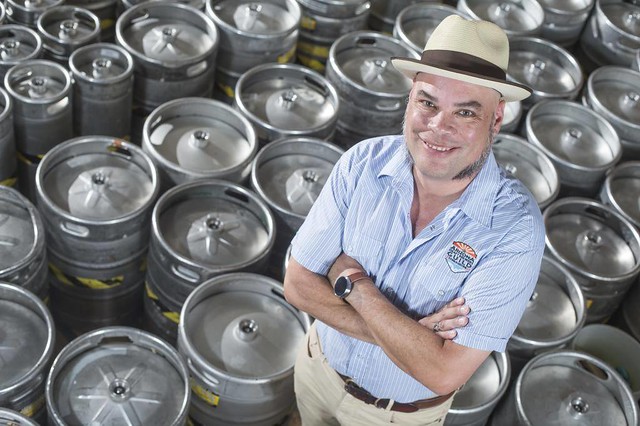 Rob, outstanding in his field of Arizona kegs.

Today is the 54th birthday of Wil Turner, brewer at Open Outcry Brewing, in Chicago. He’s also a former brewer at Revolution Brewing and Goose Island Brewery, but Wil’s originally from California — or at least that’s where I first met him — but moved to Chicago to brew at the Clybourn Goose Island brewpub, eventually moving to the production side. Since the sale of Goose Island, Wil moved back over to brewpub brewing at Revolution and more recently moved to brew at Open Outcry. Wil’s a great brewer, of course, and a terrific person for the industry, always a fun guy to drink with. Join me in wishing Wil a very happy birthday. 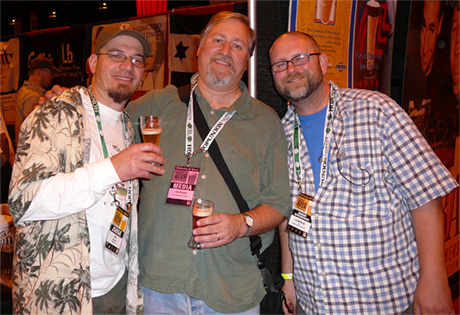 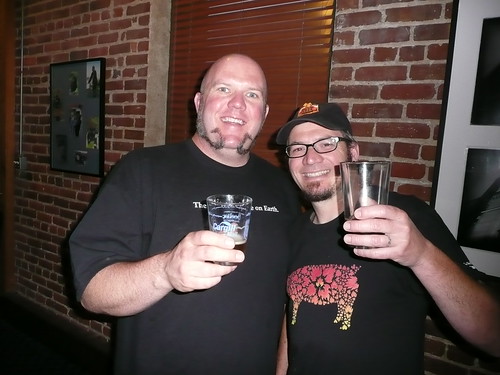 Tom Nickel with Wil at the Brewer’s Reception at Wynkoop during GABF in 2009. 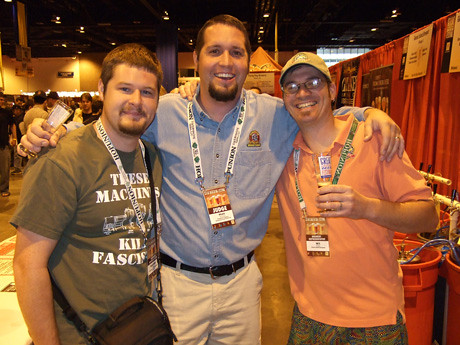 On the floor at GABF in 2007 with Andrew Mason (on left), Matt’s assistant when he was still at Flossmoor Station, and Wil. 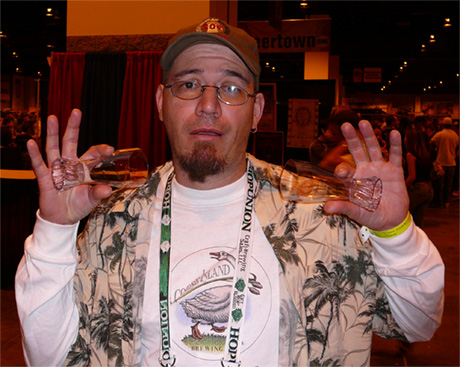