You are here: Home / Events / 25 Years of California Brewpubs

Thursday, September 13, marked the 25th of anniversary of the signing of the California bill — AB 3610 — which removed the “tied house” restriction then present in California prohibiting any person or company from brewing beer and selling it directly to the public. The new bill allowed beer to be sold where it was brewed, as long as the brewer also operated a restaurant at the same location. It was only the second brewpub law passed in the country at that time. The bill was written by then-state legislator Tom Bates, who is now the mayor of Berkeley.

Triple played host Thursday to a ceremonial signing of the bill by Tom Bates, who authored the original legislation. They also presented a proclamation — which I helped write — signed by state legislator for District 14, Loni Hancock. 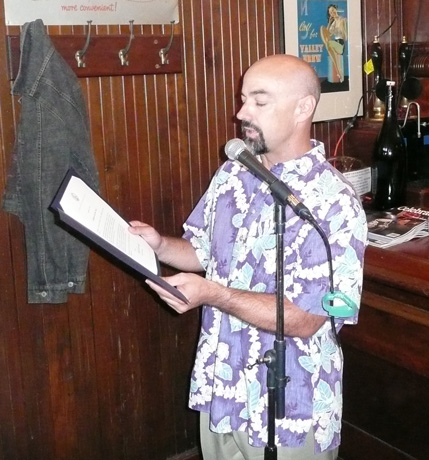 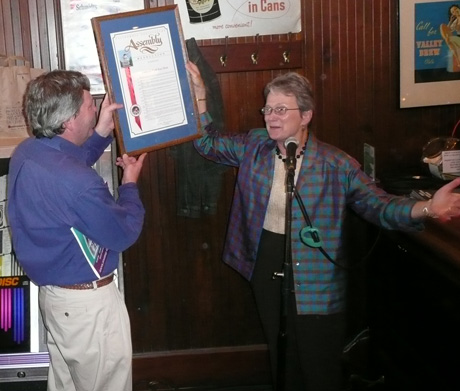 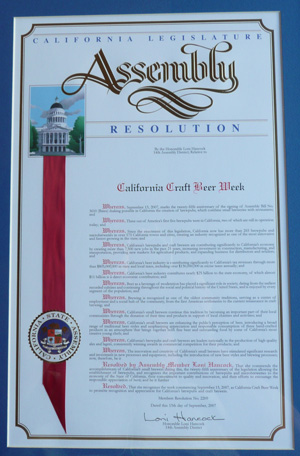 A close-up of the proclamation, which originally sough to declare the week beginning September 13 as California Craft Beer Week. Next year, with more lead time, we hope to make that an officially recognized holiday week for California. 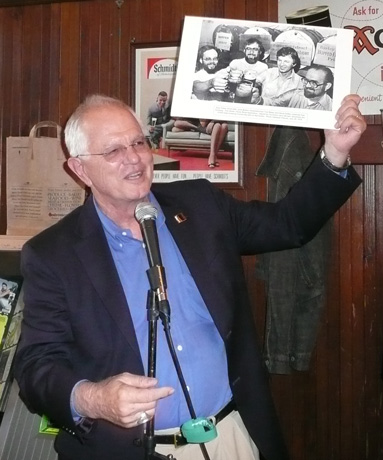 The brewpub bill’s author, Berkeley mayor Tom Bates, holds up a photo that ran in the Oakland Tribune 25-years before, of him celebrating the signing of Assembly Bill 3610. 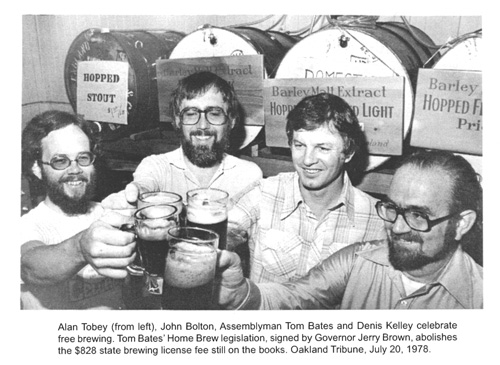 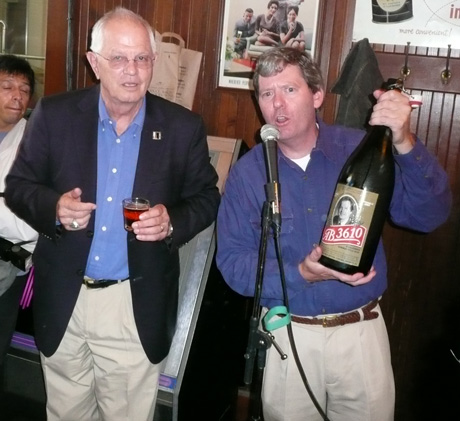 Then John Martin presented Mayor Bates with a specially made beer by Triple Rock brewer Christian Kazakoff. Wanting to make a truly California beer, Kazakoff brewed a California Common, better known as a steam beer. They called the beer AB 3610, in honor of the bill. 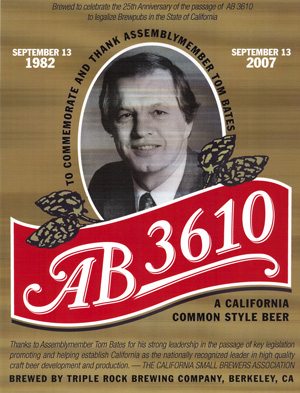 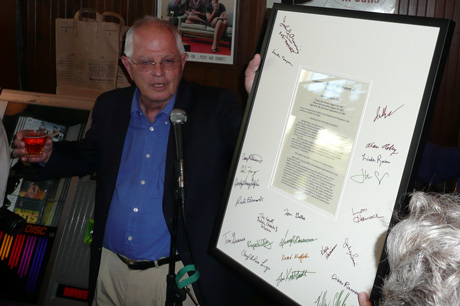 Then mayor Tom Bates presented a framed copy of the original AB 3610, inviting everyone present to sign the mat. 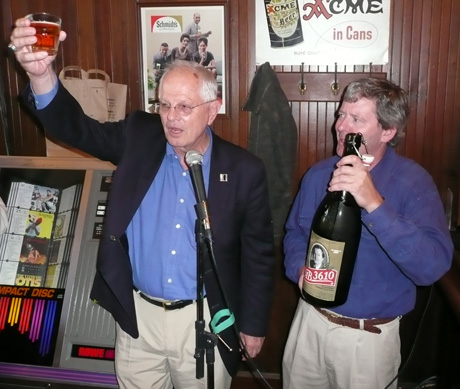 Everyone there also got a small glass of the commemorative beer and Mayor Bates led a toast to California’s beer industry.