You are here: Home / Breweries / A Post-Bud World

Came across this interesting tidbit at Stan’s Appellation Brewing, which he found at the St. Louis Business Journal. It’s an interesting little story about where many of the ex-Bud employees — the ones in positions of power — ended up or what their fate appears to be. It’s called Life After Anheuser-Busch.

The gist of the story is that many talented businesspeople have left A-B in the five months since InBev bought A-B. As Stan points out, in the first two months of this year, “[r]oughly 2,400 salaried employees, or about 40 percent of its St. Louis workforce, took early retirement buyouts or [received] pink slips.”

Doug Muhleman, who was the VP of Brewing Operations and Technology, is growing grapes and making wine on 20 acres in, of all places, Healdsburg, in Sonoma County, just up the road. For several years he’s been growing merlot and zinfandel grapes but he and his wife, Juli, have decided to make a go of their Muhleman Family Vineyards. I’d met Muhleman a couple of times, and he always struck me as a very good guy. At first, Sonoma didn’t make sense, but he went to UC Davis, so that’s the Northern California connection.

Another former star, Bob Lachky, who was the VP of Global Industry and Creative Development, is “Best known as the guy behind Anheuser-Busch’s Budweiser frogs, football-playing Clydesdales, “Louie the Lizard,” “Wassup?!” and “Real Men of Genius” advertising campaigns. Now 55, he plans to stay put in St. Louis where he is considering an investment in an online start-up and exploring the launch of his own content development firm.”

Catch up on what seven more former A-B execs are up to now, too. I’m glad so many landed on their feet — seriously — and maybe it’s my bleeding little liberal heart, but I’d like to hear that the more colorfully collared have fared as well. Unfortunately, not only is that probably not the case, but that’s not something the business press seems to care that much about. It’s just not their audience.

The article also had this great illustration that sums up the story perfectly, done by a Michael Behrens. 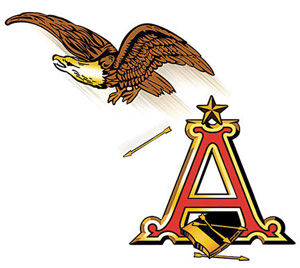