It’s day nine of my holiday hotfoot to Christmas featuring all 42 labels from Anchor’s Christmas Ale — a.k.a. Our Special Ale — all different beers (well, mostly different) and all different labels, each one designed by local artist Jim Stitt, up to and including this year’s label.

1983 was the ninth year that Anchor made their Christmas Ale, and it was similar to the eight previous year’s beers, another variation based on Liberty Ale, still a hoppy pale ale, with no spices added. It was the last year that they based their Christmas Ale on Liberty. From this year forward, also, the label design became relatively fixed and each subsequent label was similar in design. This ninth label was a “Greek Fir,” or “Abies cephalonica.” 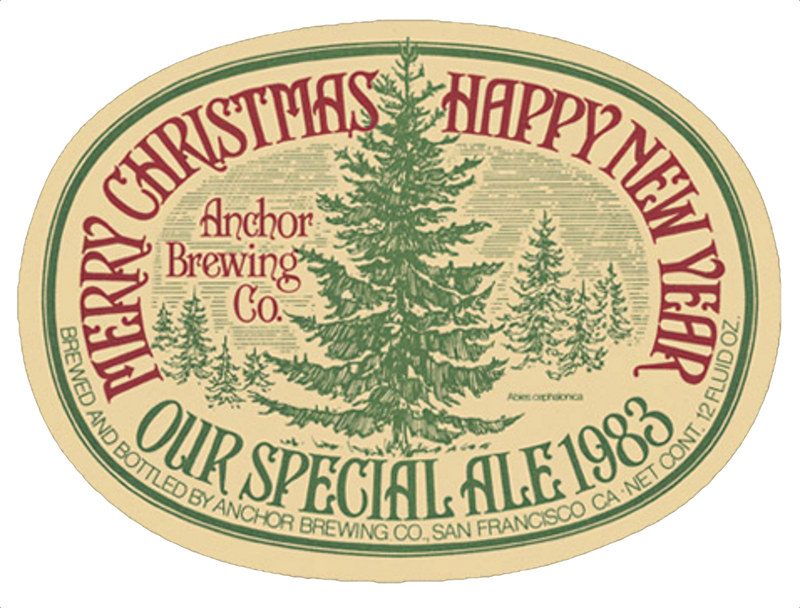