It’s day thirteen of my train to Christmas featuring all 42 labels from Anchor’s Christmas Ale — a.k.a. Our Special Ale — all different beers (well, mostly different) and all different labels, each one designed by local artist Jim Stitt, up to and including this year’s label.

1987 was the thirteenth year that Anchor made their Christmas Ale, and this year marked the first year that Anchor’s Our Special Ale included spices. Last year’s brown ale was used as the base for a spiced Bridale for Fritz Maytag’s wedding in early 1987. That recipe became this 1987 Christmas Ale. This thirteenth label was a “Douglas Fir” and a “Coast Redwood,” or “Pseudotsuga menziesii and Sequoia sempervirens.” 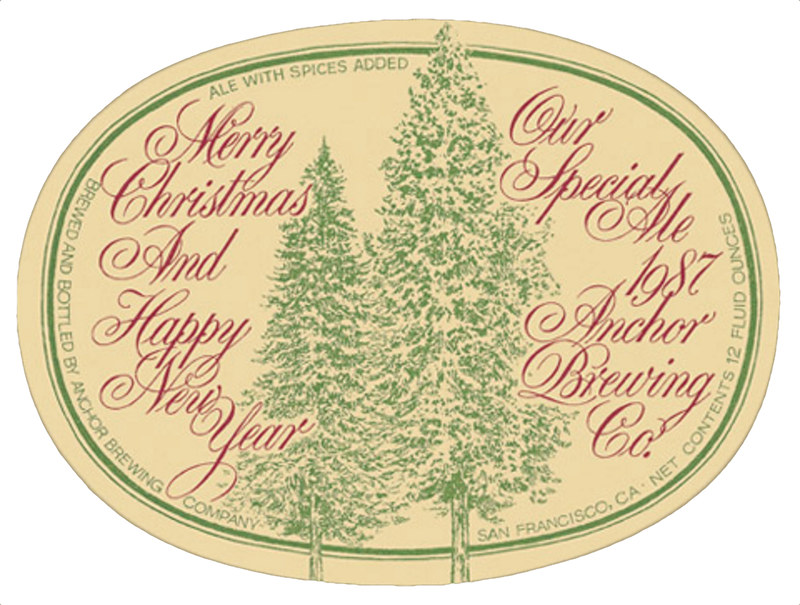