You are here: Home / Breweries / Back To The Future: When The Past Becomes The Present

Visions of the future are rarely what was predicted or promised. I’ve been waiting decades for my Jetsons space car that fold up into a briefcase, my Rocketeer jet-pack (I’d even settle for the one James Bond used in Thunderball) not to mention that sweet holodeck from Star Trek: Next Generation.. 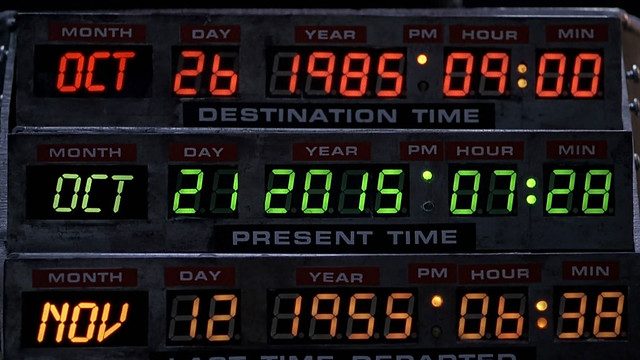 You’ve probably noticed that there’s been a considerable amount of hype over the fact that today — October 21, 2015 — is the date that Marty McFly heads to in the sequel Back to the Future 2, released in 1989. We’re all still waiting for those hoverboards and it’s looking increasingly like the Cubs won’t “sweep series in 5” (wouldn’t 4 wins be all you need for a series sweep?) if they can’t beat the Mets four games in a row to even make to the World Series, much less win it. 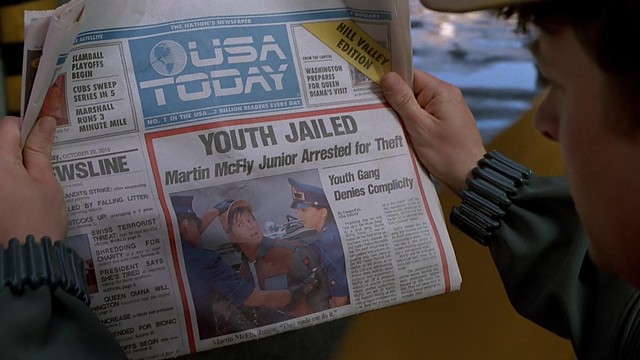 Anyway, it seems like lots of people are celebrating the day as “Back to the Future Day,” which I think is great since I’m an unabashed lover of holidays and believe there can’t be too many reasons to celebrate life. A couple of worthwhile stories about Back to the Future Day include one from Popular Science and another from Chicago History Cop speculating why the film’s producers and writers chose October 21.

You may also recall that the film’s time machine, a modified DeLorean, had a California license plate reading “OUTATIME,” which is at least somewhat close to Lagunitas’ session IPA, DayTime, especially if you scribble “Day” on the license plate so it reads OUTA DAY TIME.” 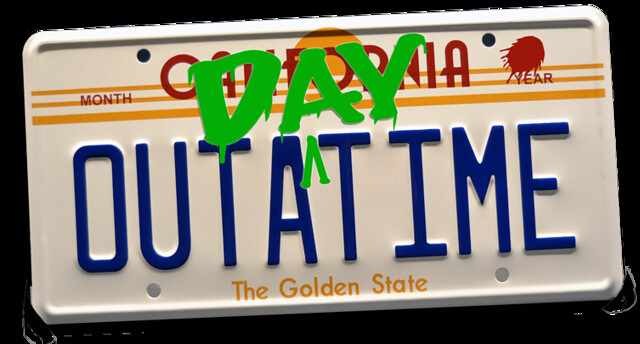 And that’s just what Lagunitas did when they were recently paid a visit by the Northern California DeLorean Motor Club, which they documented with a photo galley, 10/21/15: GOIN’ BACK IN (DAY)TIME. By far, my favorite photo from the day was their arrival at 88 MPH into the brewery.

But check out the rest of the photos, they’re pretty sweet, too.