Friday’s ad is for Blatz Beer, from 1951. The ad is part of Blatz’s “I lived in Milwaukee, I ought to know” series from the later Forties and Fifties that featured prominent celebrities, sports figures and famous folks from Milwaukee claiming to know “Blatz is Milwaukee’s Finest Beer” because they lived there, or near there, at some point in their lives. This one features flamboyant performer Liberace, whose full name was Władziu Valentino Liberace. He was born in West Allis, Wisconsin, a suburb of Milwaukee. 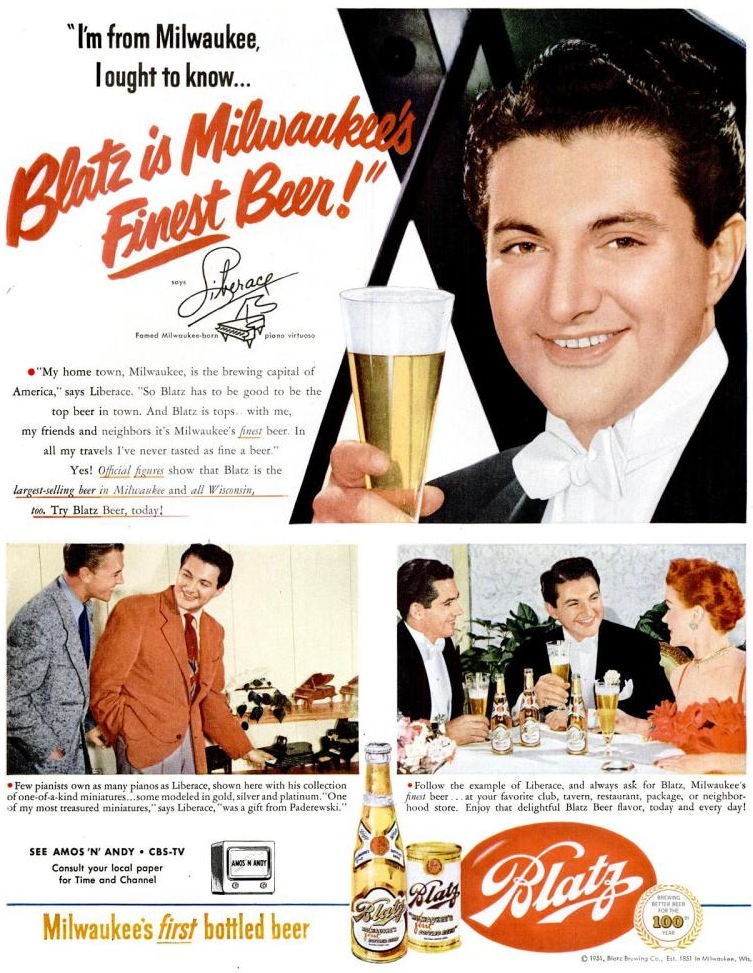