Wednesday’s ad is for Blatz Beer, from 1950. The ad is part of Blatz’s “I lived in Milwaukee, I ought to know” series from the later Forties and Fifties that featured prominent celebrities, sports figures and famous folks from Milwaukee claiming to know “Blatz is Milwaukee’s Finest Beer” because they lived there, or near there, at some point in their lives. This one features baseball team owner Bill Veeck. Throughout his life, he owned the Cleveland Indians, the St. Louis Browns and the Chicago White Sox, but the first team he owned was the then-minor league Milwaukee Brewers, who at the time were part of the American Association Triple-A league. 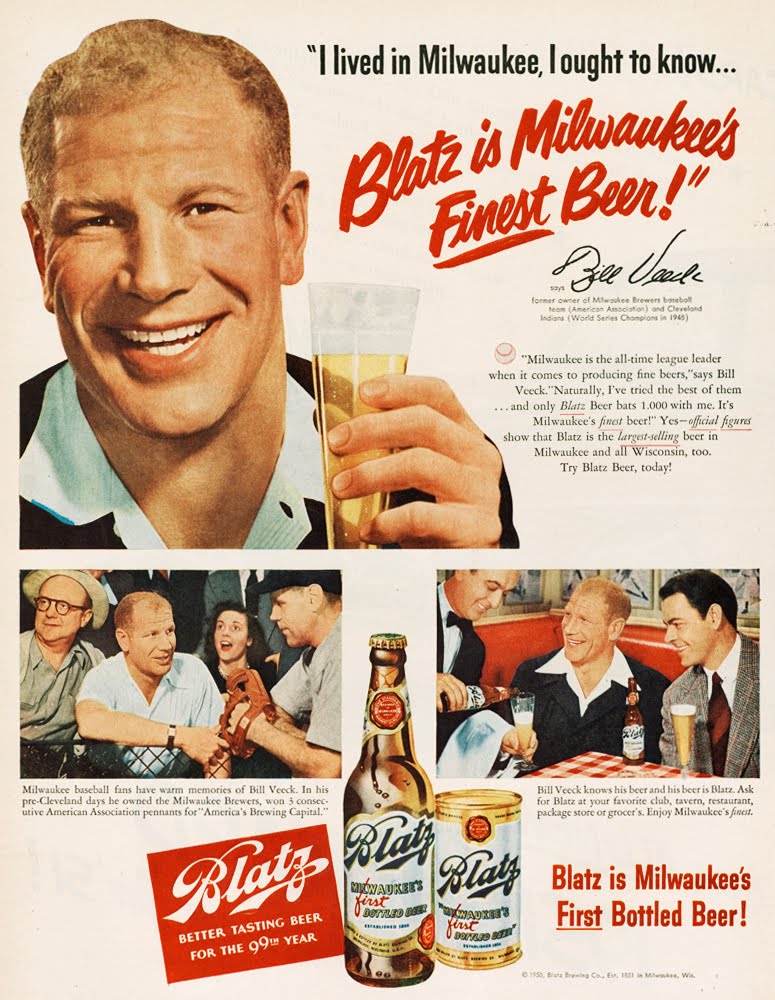