Saturday’s ad is for Ewo Beer, from the 1930s. The Ewo Brewery was founded in Shanghai, China in 1935. Some sources claim this ad is from 1930 and another similar ad for the same beer claims to be from 1920, but that seems impossible, unless there was another brewery by that name earlier. Anyway, all I could think of was that if you added a “K” it would be Ewok. Nerd. 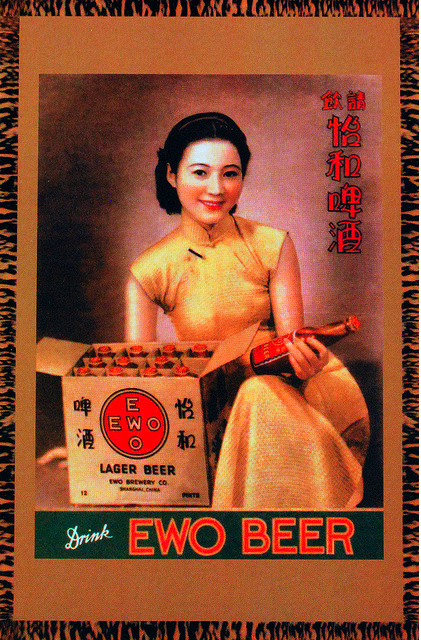