Saturday’s ad is for Kaka Ale, or Dunedin Ale (which is also on the label), from between 1914-1918, based on the ad copy “drink success to the Allies. The beer was made by the W. Strachin & Co. brewery, also known as The Victoria Brewery. According to the Alexander Turnbull Library, it was founded in Dunedin, New Zealand in 1857 or 1860 by William Strachan and partners and by 1890 was the oldest brewery in Dunedin, and possibly New Zealand. But that tagline — “Clear To The Last Drop” — priceless. 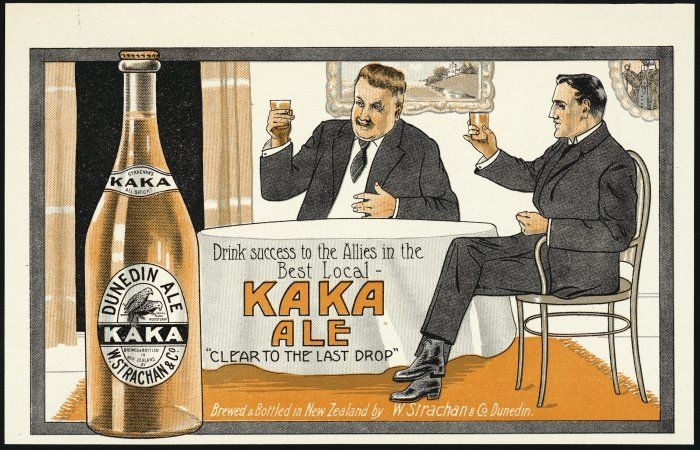