Wednesday’s ad is for Guinness, from 1953. While the best known Guinness ads were undoubtedly the ones created by John Gilroy, Guinness had other creative ads throughout the same period and afterward, too, which are often overlooked. In this ad, a man is shown through seven stages of drinking a Guinness each day of the week to help you through it. You need one during the weekdays to make it to the weekend, so you can have some more Guinness. An early version of “a can a week, that’s all we ask,” except daily. 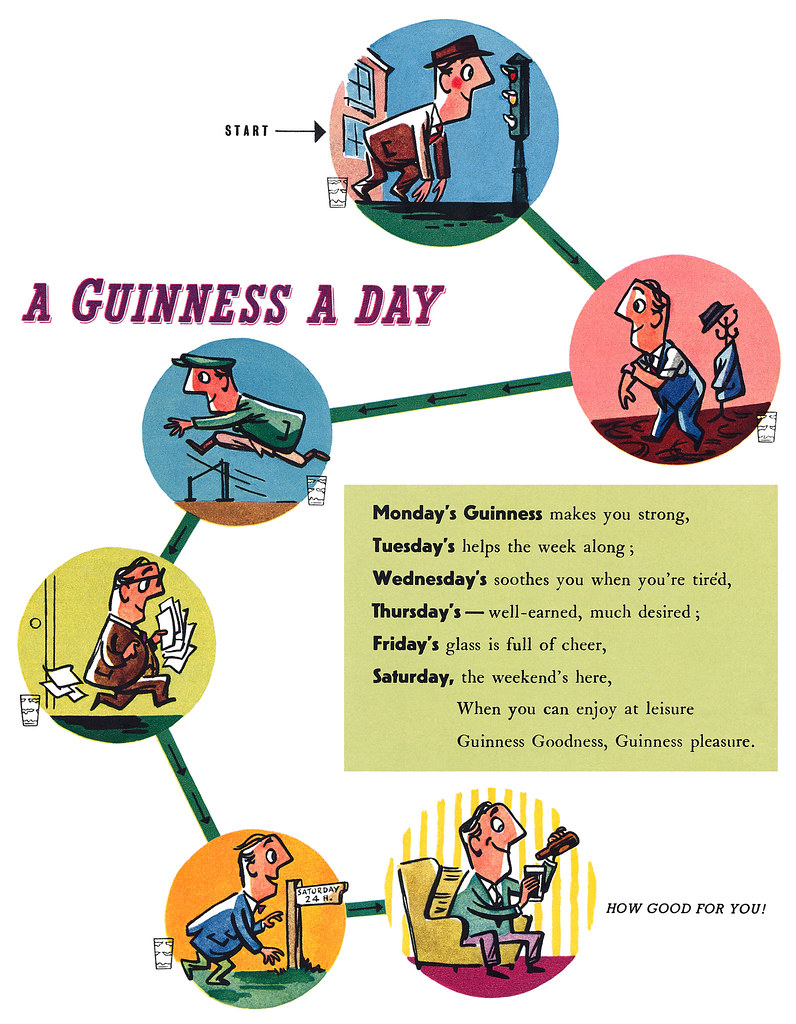