Saturday’s ad is for Guinness, from 1953. While the best known Guinness ads were undoubtedly the ones created by John Gilroy, Guinness had other creative ads throughout the same period and afterward, too, which are often overlooked. In this ad, for Elizabeth II’s coronation year, the page is divided into nine sections. One has the title, “A Guinness Page For Coronation Year,” another shows a Guinness bottle from before 1850 and a current one and a third shows a contemporary advertisement. The other six each contain historical anecdotes, most of which reference Guinness in some way. In 1953, if you liked the ad you could send away for a poster of it. I wonder if anybody did? 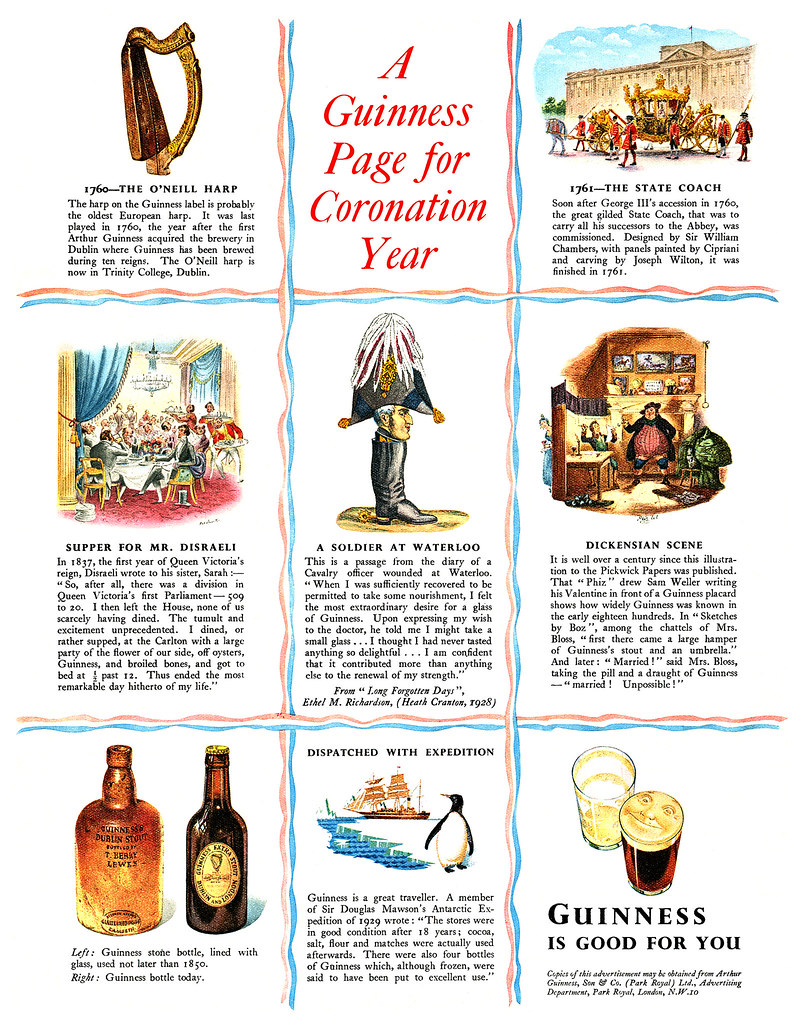