Monday’s ad is for Guinness, from the 1930s. While the best known Guinness ads were undoubtedly the ones created by John Gilroy, Guinness had other creative ads throughout the same period and afterward, too, which are often overlooked. In this ad, a tale called “The Story Of Fidgety Philip,” which is apparently an extract from “The Guinness Struwwelpeter or Pretty Stories and Funny Pictures.” The story’s about a kid who can’t sit still, but after drinking a Guinness a day for a month he’s all better. That’s the best reason for fidgeting I can think of. 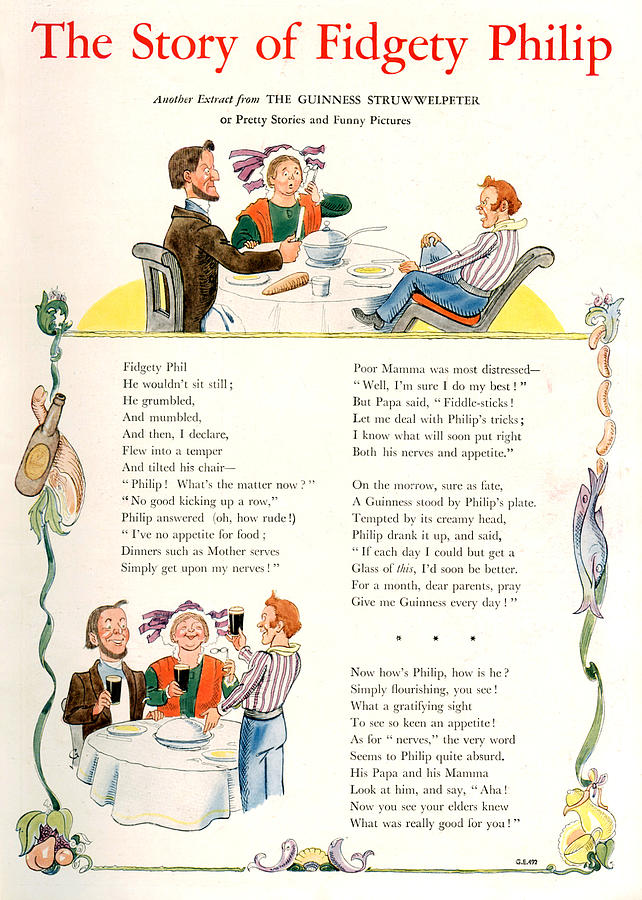