Monday’s ad is for Guinness, from 1951. While the best known Guinness ads were undoubtedly the ones created by John Gilroy, Guinness had other creative ads throughout the same period and afterward, too, which are often overlooked. This ad, one of many that used Lewis Carroll’s Alice in Wonderland is entitled “Guinness In Festival Land,” and shows an odd clock of sorts and features a poem in the style of Lewis Carroll. The poem is about Guinness, of course, but it’s even more about the Festival of Britain, and specifically the Pleasure Gardens at Battersea, which was held in 1951. 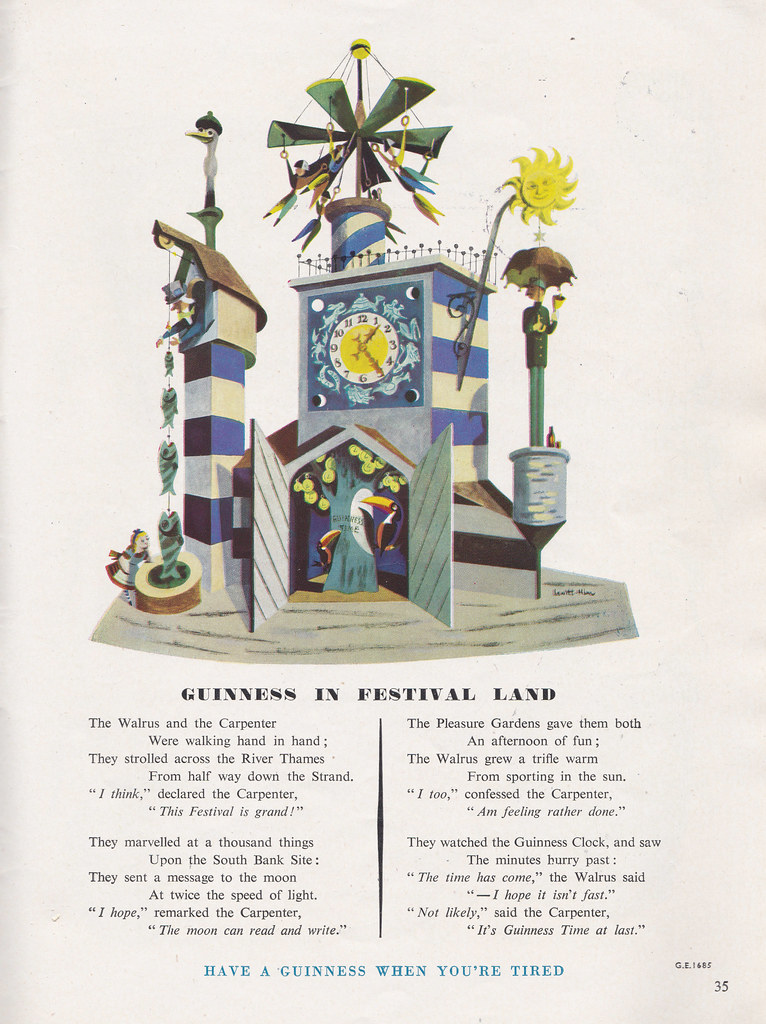 The festival ran for several months during 1951 and appears to have been quite large. There were three beer gardens and a large area known as the parade. Along the parade, they actually built the Guinness Festival Clock from the ad. There’s a great story about the festival from the blog A London Inheritance. 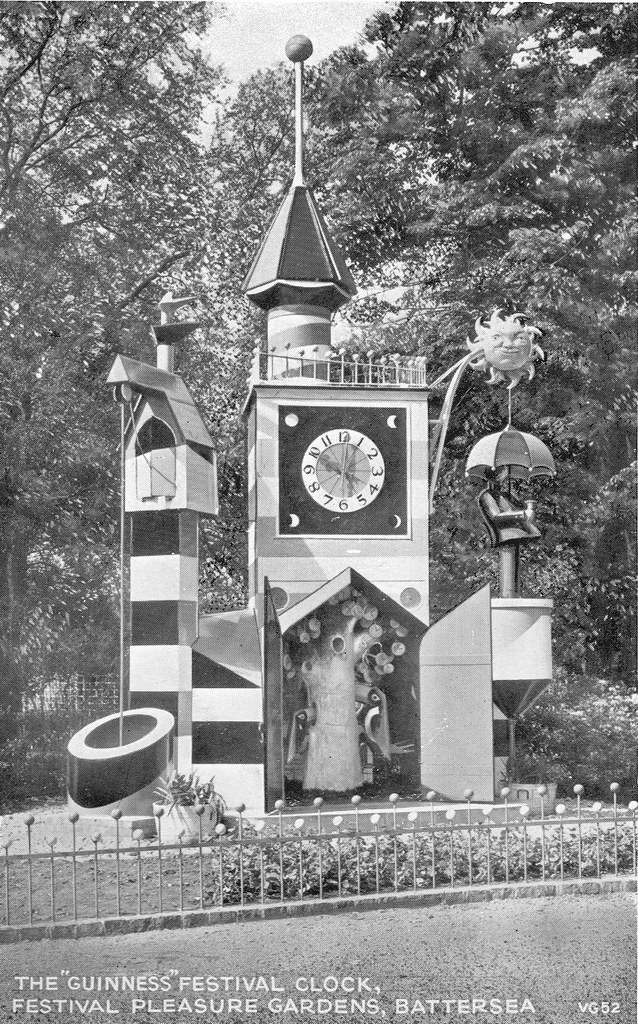