Wednesday’s ad is for Guinness, from 1929. While the best known Guinness ads were undoubtedly the ones created by John Gilroy, Guinness had other creative ads throughout the same period and afterward, too, which are often overlooked. This ad, one of many that used Lewis Carroll’s Alice in Wonderland is titled “The Walrus and the Carpenter,” and features a re-written poem all about eating oysters with Guinness to wash them down. I’ve always been a little creeped out by food that wants to be eaten. It’s a persistent theme in advertising, but if you ever stop to think about what they’re advocating, it’s pretty horrible. 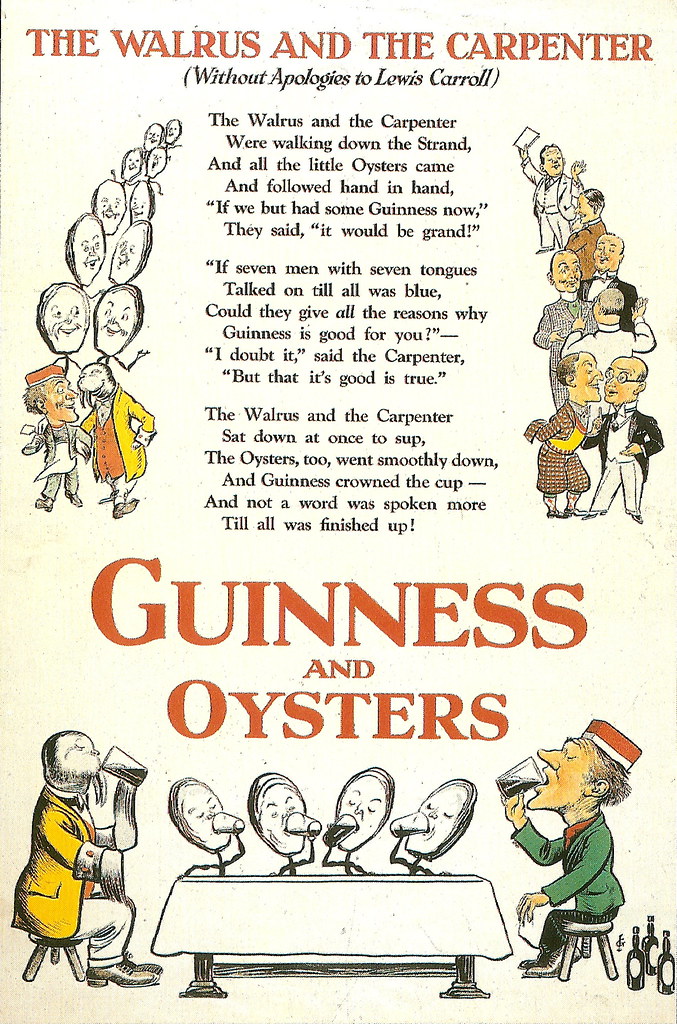