Saturday’s ad is for Guinness, from 1960. While the best known Guinness ads were undoubtedly the ones created by John Gilroy, Guinness had other creative ads throughout the same period and afterward, too, which are often overlooked. This ad, one of many that used Lewis Carroll’s Alice in Wonderland, and is a parody of the poem “The Walrus and the Carpenter,” which was originally in Through the Looking-Glass. In this parody, the Guinness-themed poem begins “If seven men give seven wives,” and is about seven Santas giving Guinness as Christmas presents to their wives, and having one themselves, too. It’s actually the cover of the December 1960 issue of “Guinness Time,” the employee magazine for Guinness. 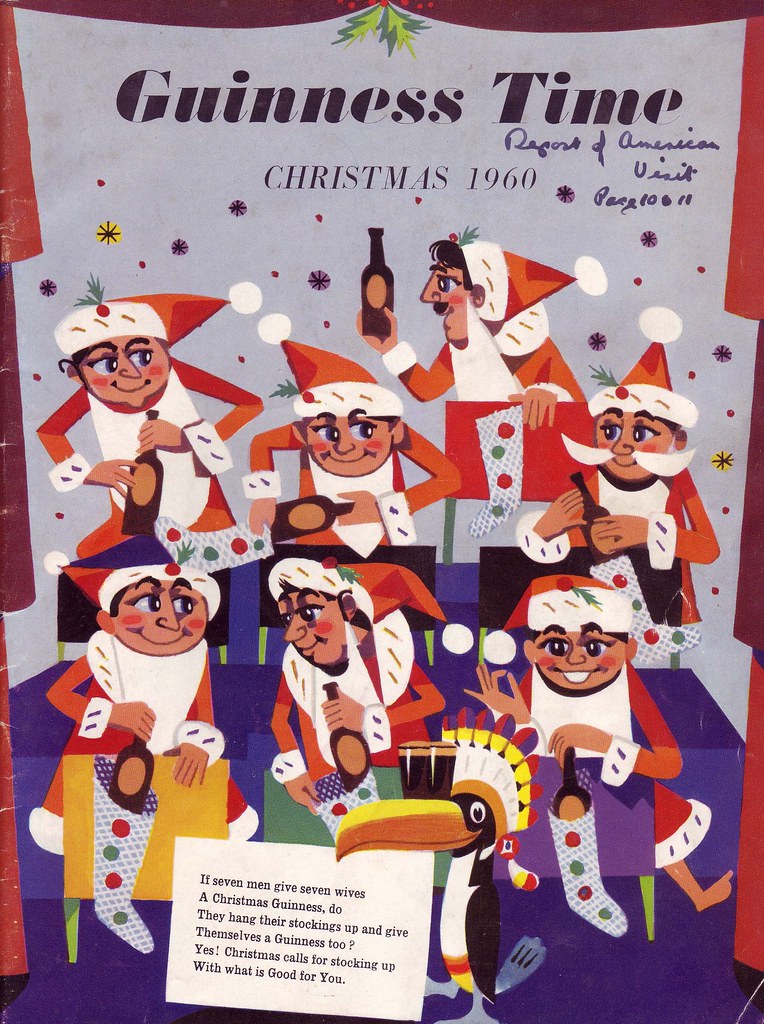