Sunday’s ad is for Guinness, from 1934. While the best known Guinness ads were undoubtedly the ones created by John Gilroy, Guinness had other creative ads throughout the same period and afterward, too, which are often overlooked. This ad, with the tagline “Christmas Is Coming … Guinness For Strength” shows Santa carrying a large tree as if weighs nothing after having had a bottle of Guinness. Merry Christmas. 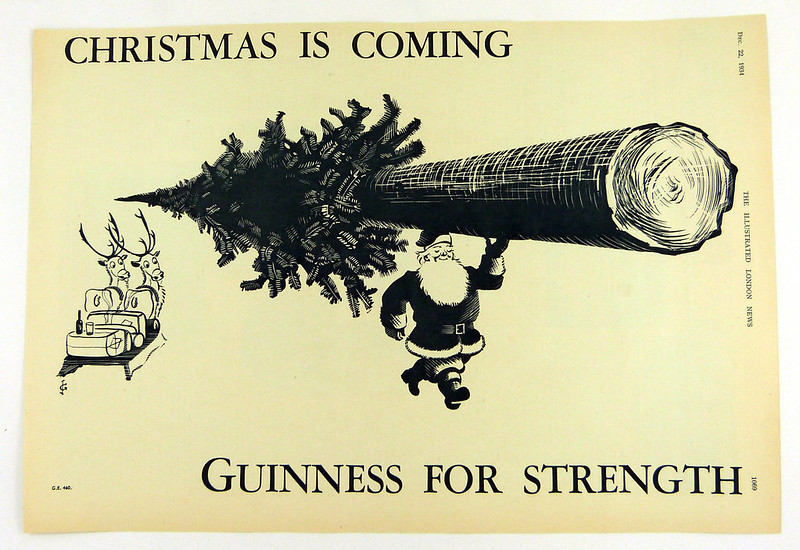