Tuesday’s ad is for Guinness, from 1931. While the best known Guinness ads were undoubtedly the ones created by John Gilroy, Guinness had other creative ads throughout the same period and afterward, too, which are often overlooked. This ad, one of many that used Lewis Carroll’s Alice in Wonderland is titled “Battle Royal,” and features a boxing match (it is Boxing Day after all) between a unicorn and a lion. There’s fighting over the last remaining Guinness. 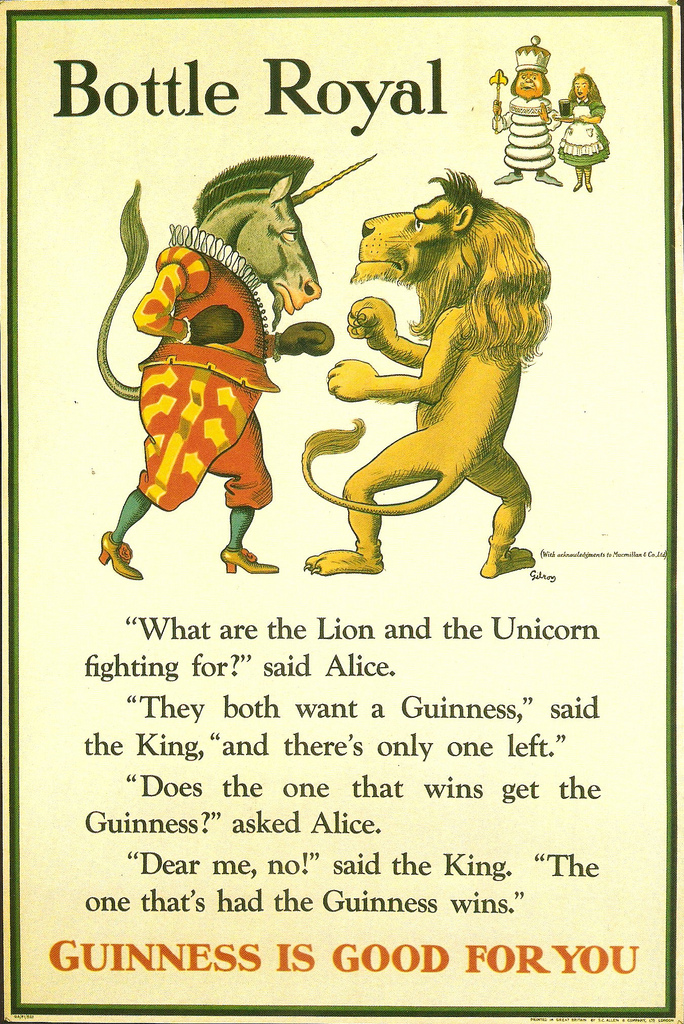