Sunday’s ad is for Rheingold, from 1948. In the late 1940s and early 1950s, Rheingold recruited a number of prominent celebrities to do ads for them, all using the tagline: “My beer is Rheingold — the Dry beer!” In this ad, American actress and singer Dorothy Lamour, lists off her favorite things and among them was Rheingold Extra Dry, which claims she discovered when she was working as a singer in New York. 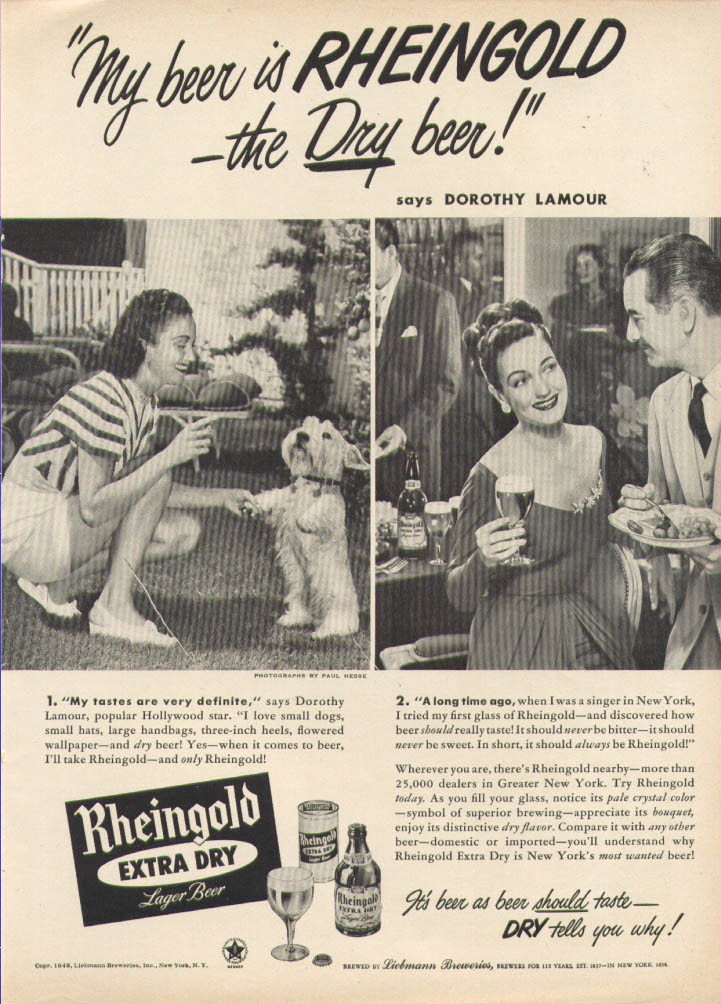